The Bank of Israel held its short-term interest rate unchanged on Thursday, forecasting that the economy could contract by as much as 6.5% this year if the coronavirus pandemic is not brought under control.

The central bank also announced an expansion of its government bond-purchasing program by NIS 35 billion ($10.3 billion) to ease credit terms and to support economic activity and financial stability.

Most economists polled by Reuters had forecast the bank to hold its benchmark rate at an all-time low of 0.1%. 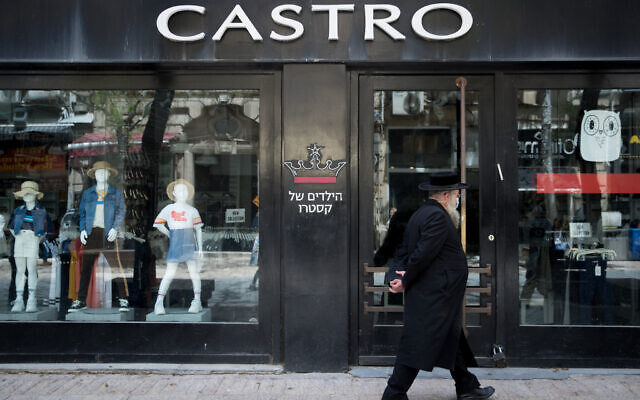 Illustrative: A man walks past a closed branch of the Castro fashion chain in downtown Jerusalem on April 26, 2020. Most stores were allowed to reopen, but many major chains stayed shut, with their owners demanding government compensation for lost business amid the COVID-19 crisis (Yonatan Sindel/Flash90)

In August, the central bank’s Monetary Committee had said that under a more pessimistic scenario, where only a partial control of the pandemic is achieved, GDP is expected to contract by 7% in 2020, and to grow by 3% in 2021.

At an online press conference on Thursday the central bank governor, Amir Yaron, called on the government to present its 2021 budget to Knesset “as soon as possible,” to foster economic certainty for both businesses and consumers. The passing of the budget has been held up due to a political struggle between Prime Minister Benjamin Netanyahu and his main coalition partner, Benny Gantz.

Yaron also said that, at present, the central bank is choosing to assist the economy through quantitative easing, or the bond purchases, but if necessary, it would also  further cut interest rates. He added that the Bank of Israel will also “continue to intervene” in the foreign exchange market, acquiring foreign currencies, to ensure “price stability and adequate economic activity.”

“The ramifications of the crisis have already led to a sharp increase in the deficit, which is expected to increase further, and with it the debt to GDP ratio,”  Yaron said at the press conference. The government must thus “manage its priorities” and start steps to allow investment in growth drivers and improvement in productivity in the medium and long terms, and make plans to help the economy “return to the path of sustainable fiscal policy in the years after the crisis.”

“Accordingly, I reiterate the necessity of presenting a comprehensive economic plan, which will be reflected in the government budget for 2021, which should be presented and approved by the Knesset as soon as possible.” Yaron said. 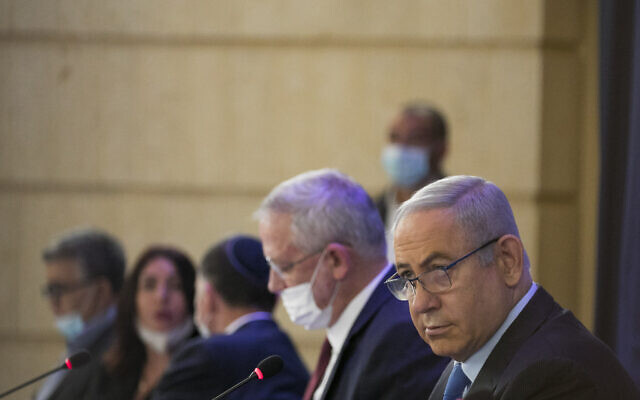 Yaron added that ratings agencies are looking at Israel’s economic and political developments and would like to see an “orderly framework for the creation of the 2021 budget.”

“In view of the magnitude of the crisis’s adverse impact on economic activity,” the central bank will continue to “utilize a range of tools in order to increase the extent of the monetary policy accommodation and to ensure the continued orderly functioning of the financial markets,” the Bank of Israel said in a statement.

The bank’s Monetary Committee “will expand the use of the existing tools, including the interest rate tool, and will operate additional ones, to the extent that it assesses that the crisis is lengthening and that it is necessary in order to achieve the monetary policy goals and to moderate the negative economic impact created as a result of the crisis.”

The central bank said that further to the NIS 50 billion program to purchase government bonds in the secondary market it announced in March this year in order to ease credit terms and to support economic activity and financial stability, the Monetary Committee had decided to increase the purchase program by NIS 35 billion.

In addition, the Monetary Committee of the central bank has launched a new pillar of the program to ease terms of credit to small and micro businesses, for a total of NIS 10 billion.

Within the framework of the program, the Bank of Israel will provide the banking system with loans for a term of four years, at a fixed interest rate of negative 0.1 percent, against loans that the banks will extend to small and micro businesses, provided that the interest rate on the loans to the small and micro businesses does not exceed Prime+1.3%, the central bank said.

During the summer months — following the first lockdown and prior to the second  — economic recovery in Israel recovered rapidly. However, the imposition of the second lockdown in September, following an increase in morbidity, led to a sharp decline in activity and in demand, the central bank said in a statement.

The number of unemployed in the first half of September was about 470,000, and it increased by about 300,000 due to the lockdown, the statement said.

The inflation environment remains low, with inflation in the past 12 months contracting by 0.7 percent.