The potential impact of Joe Biden’s incoming administration on  the Israeli economy depends a lot on whether the Jewish state’s normalization of ties with Gulf and other Arab countries expands to include other partners, Nadav Ophir, global markets strategist at Bank Hapoalim Ltd., said in an interview with The Times of Israel.

“Will the peace process [that started] with the UAE and other countries continue or stop?” Ophir asked. “The changes that have happened in the last few months have been a real game changer for the Israeli economy, as it opens up new markets, new clients and imports and exports.”

The normalization of ties between Israel and the UAE, and Israel and Bahrain, in September, spearheaded by the Trump administration and Prime Minister Benjamin Netanyahu, has caused a flurry of activity, with businesses, investors and startups working to forge ties between the nations.

Even before the historic peace agreement, there were informal ties between Israel and the UAE. Now, the relationship has come out of the closet, leading to hopes for more intense and advanced business cooperation, especially in the fields of cybersecurity, medical equipment, agricultural technology and desert agriculture, solar energy, water desalination and water quality, and pharmaceuticals. 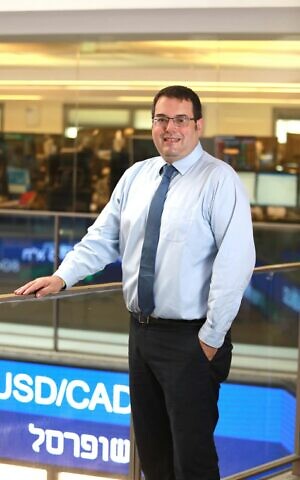 Israeli business organizations have estimated that trade volume between the two nations could reach billions of dollars per year in the “near future.”

In October, Trump announced that Sudan had agreed to make peace with Israel, and stated that there were more countries on their way. Whether these normalization deals will now happen, and if yes, at what pace, as the administration in the US changes, is what is on investors and economists’ minds, said Ophir.

Former and current officials of the Trump administration officials who spoke with The Times of Israel have said that it will be highly unlikely that the list of Abraham Accords participants will grow before Biden’s inauguration.

Turning further east, Ophir said the tense relations between the US and China under Trump did not directly affect Israel, though a softer US stance could “help boost our trade relations with China and the Far East countries,” he said.

A Biden administration is not expected to affect the tech sphere, which has largely flourished as the world struggles with the coronavirus pandemic and opts for digital rather than face-to-face communication for business and social reasons, Ophir added.

The tech sector in the US, and indirectly in Israel, “won’t feel any impact from the new presidency,” he said. “It found new opportunities in the pandemic, coming up with working from home solutions and cloud solutions.”

The Israeli economy and the stock market will most likely be affected not by developments in the US but by local political, economic and health developments: by the pace of the continued spread of the pandemic, unemployment levels and the budget deficit, he said, with eyes on when the 2021 budget will pass and the shadow of repeat elections.

“Investors are looking for political certainties,” he said.

The long-term impact of Biden’s win on the Israeli economy will mostly be dependent on the new administration’s Middle East policies.

“It depends on where we are heading and what the administration’s reaction will be to the Middle East,” Ophir said. “In times of peace, security expenses decline, and that is good for growth. A peace treaty with Saudi Arabia, for example, would be great for economic growth, as would be renewed talks with the Palestinians, under Biden.”

“Peace is good for the economy,” Ophir said. “It would be great for us.”