Israel’s Gamida Cell, the manufacturer of a stem cell therapy that aims to increase the success of bone marrow transplants in blood cancer patients, said on Tuesday that a key late-stage clinical trial of its treatment has yielded positive results and met a major target.

Shares of the Jerusalem-based biotech firm were up 49 percent on the Nasdaq at the open of the exchange, on the news of the potentially life-saving treatment option for patients who need bone marrow transplants.

In the multinational Phase III clinical trial, conducted at more than 50 centers around the world, blood cancer patients who received bone marrow transplants were treated with the stem-cell based therapy Omidubicel, previously called NiCord.

Those who were injected with the treatment containing expanded and enhanced stem cells had a median time of neutrophil engraftment that was significantly shorter than those that did not receive the drug: 12 days compared with 22 days for patients who received a standard umbilical cord blood transplant, the company said. Neutrophil engraftment is a measure of how quickly stem cells received in a transplant are established and begin to make healthy new cells. A rapid neutrophil engraftment has been associated with fewer infections and shorter hospitalizations. 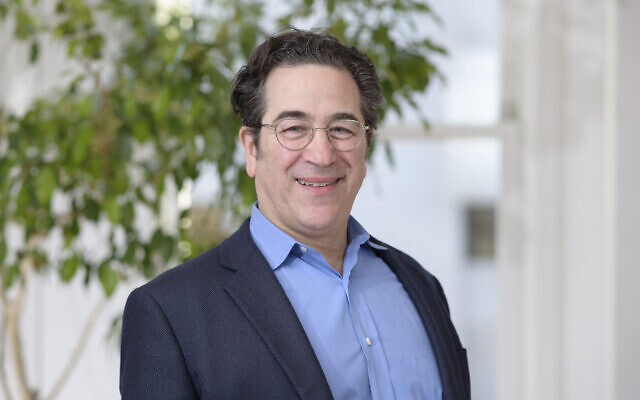 “I am so thrilled and excited for Gamida and for patients,” said the firm’s CEO Julian Adams, the chief executive officer of Gamida Cell in a phone interview. “Omidubicel will transform the bone marrow transplant market… we will grow the market and treat more patients and hopefully have more patients cured.”

The treatment was given to cancer patients in remission who needed a transplant to stop the recurrence of the disease, he said.

Omidubicel, which would be the first drug developed by Gamida to hit the market, is believed to increase the chances of a successful bone marrow transplantation process for patients who do not have a rapidly available, fully matched bone marrow donor.

Despite the curative potential of bone marrow transplant, it is estimated that more than 40 percent of eligible patients in the United States do not receive a transplant for various reasons, including the lack of a matched donor.

Today some high-risk blood cancers cannot be cured unless the patient undergoes a bone marrow graft. For that purpose, a perfect match needs to be found, a process that in the US takes an average of three to four months, if the patient is lucky. Sometimes, no match is found.

Umbilical cord blood — collected from newborn babies — contains stem cells, which can be used to treat diseases. Today cord-blood banks around the world store the cord blood. Its great advantage is that because it is so “young,” there is no need for a full tissue matching and a partial match is enough. Most patients generally find at least one unit of cord blood that partially matches them.

The problem is that the quantity of cells in each unit is not huge, and it is the number of stem cells in the cord blood that is critical to the success of transplantation.

Gamida overcomes this limitation by expanding the number of stem cells within one unit of umbilical cord blood and enhancing their performance. 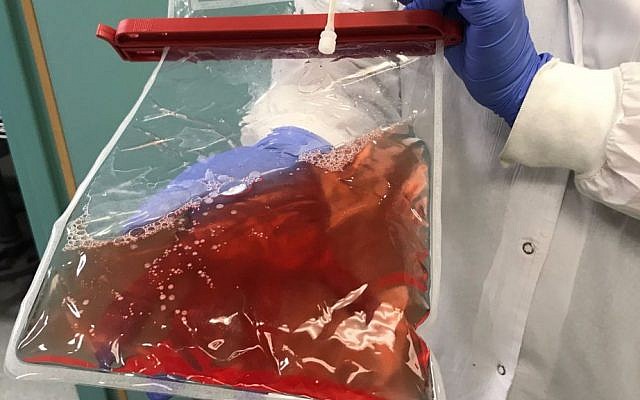 “These results have the potential to substantially move the field forward and represent an important step toward making stem cell transplantation more accessible and more successful for patients with lethal blood cancers,” said Dr Mitchell Horwitz, principal investigator and professor of medicine at the Duke Cancer Institute. “Shortening the time to engraftment is clinically meaningful, as it can reduce a patient’s time in the hospital and decrease likelihood of infection.”

Omidubicel “has the potential to be the first FDA-approved bone marrow transplant graft,” said the CEO Adams.

There are still further steps ahead, he warned, with key secondary targets that need to be met, like evaluating if the treatment can reduce the number of infections as well as cut back on hospital days. Survival endpoints will also need to be met, he said. “There is a lot of work to be done,” Adams added. But the primary time-to- neutrophil-engrafment target, which the company has just met, is a “milestone in a journey to bring Omidubicel to patients in the market.”

The firm expects to apply for a US Food and Drug Administration license to market the product in the fourth quarter of 2020, he said. And if all goes well, then the firm “will be in a position to launch Omidubicel in the US market in the second half of 2021.”

Omidubicel is also being evaluated in an early clinical study in patients with severe aplastic anemia, the company said.