Warning of the imminent collapse of Israel’s national carrier, the CEO of El Al on Wednesday asked Prime Minister Benjamin Netanyahu to intervene in its negotiations with the Finance Ministry to prevent thousands of layoffs and “the loss of Israel’s aviation independence.”

The plea came a day after Finance Minister Moshe Kahlon offered the battered airline a lifeline via a $400 million state-backed loan guarantee on condition it agrees to raft of extensive reforms.

In a letter to Netanyahu, El Al’s Gonen Usishkin claimed the Treasury was intentionally trying to break up the airline.

“We are asking you to instruct the Treasury to amend the outline it presented last night and to remove the unsuitable restrictions,” Usishkin wrote to Netanyahu. “Last night, we received a document in which the Treasury made additional unsolicited requirements, the sole purpose of which was to send El Al into liquidation.”

The loan is conditioned on El Al’s owners injecting NIS 100 million ($28.5 million) into the company and carrying out further restructuring to reduce annual costs by at least $50 million. 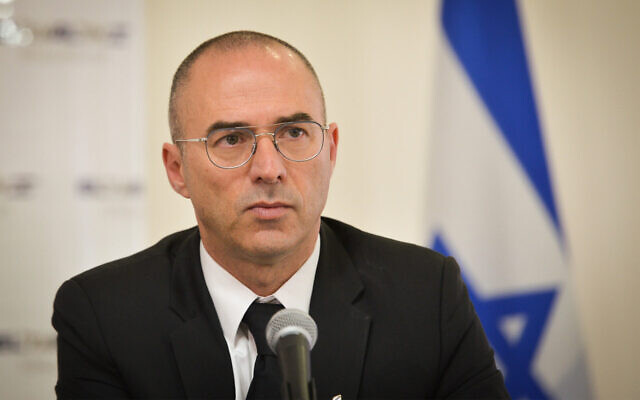 The airline must also repay the government if its value rises after the crisis, the report said, noting that the workers’ union, likely to bear the brunt of the restructuring, must also sign off on the terms.

Likening the situation to the health crisis and the effects of the coronavirus, Usishkin said the airline was in critical condition and the Finance Ministry was “denying us a ventilator.” He said that claims that the company’s situation was partly due to pre-coronavirus mismanagement were “devoid of any foundation and have no basis in reality.”

If the airline declines the offer and all its terms, it will likely be broken up and parts of it sold off. Like other airlines around the globe, El Al has suffered devastating losses from the coronavirus pandemic, which may run to hundreds of millions of dollars.

“As prime minister, you have the highest responsibility to ensure that, after 72 years, El Al will not come to an end on your watch,” Usishkin wrote, saying that the break up of the airline would damage Israel’s standing in the world and have a direct effect on national security.

“The decision to liquidate it means the loss of Israel’s aviation independence. Israel will become an island under siege and a state subject to extortion by foreign companies or foreign countries whose interests are inconsistent with that of the State of Israel… a real violation of national security,” Ushiskin warned.

Channel 13 reported Friday that banks view loans to the airline as too risky. El Al has seen its market share on routes to Europe eaten away by low-cost carriers, putting it on shaky financial ground even before the outbreak.

Last week it was reported that the Finance Ministry will also offer the Israir and Arkia airlines NIS 100 million ($28.5 million) in state-backed loan guarantees to help those carriers avoid collapse. 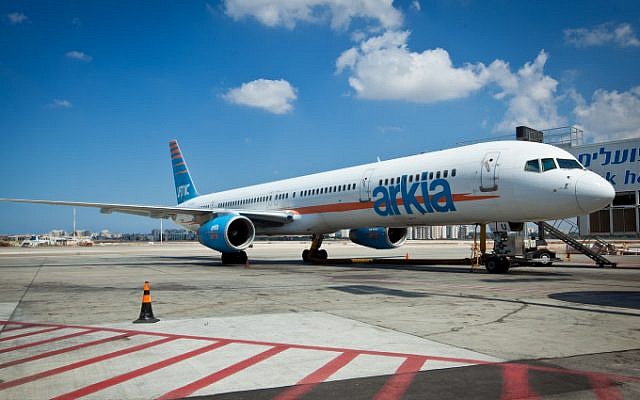 The ministry has put aside a fund to back up the loans to Israir and Arkia, which primarily fly routes to Europe, but would not divulge the amount so as to not reveal the state’s assessment of the risk they would not pay back the loans, the report said. Saving these two smaller airlines would ensure that when air travel reopens there would be at least 14 operational aircraft flying out of Israel, no matter what happens with El Al.

International air travel all but collapsed worldwide in the wake of the coronavirus pandemic. A late-April report from the International Air Transport Association announced an 80 percent reduction, and predicted over $300 billion in losses for the airline sector, due to the crisis.

The virus hit just as El Al was preparing to expand into Japan and Australia, plans that have now been pushed off.

The latest offer from the Finance Ministry comes after a court gave El Al the go-ahead to pull NIS 105 million ($30 million) from its employee pension and compensation fund in order to help cover its costs and avoid collapse. The court ruled that the amount was not owed to employees, and could therefore be used in the company’s current emergency. El Al had initially asked to have NIS 354 million ($100 million) of its NIS 413 million ($117 million) fund freed up for use. The final figure marked a compromise reached between El Al, the Finance Ministry and the Histadrut labor federation.