El Al’s board of directors said Monday that it would agree to meet with Eli Rozenberg, the son of millionaire US businessman Kenny Rozenberg, about his bid to purchase a controlling stake in the country’s flagship airline.

In a letter to his lawyer, an attorney for El Al demanded that Rozenberg himself meet with the board, rather than just his representatives.

Among the questions it demanded answers to is why Rozenberg agreed to buy a stake in El Al “without presentations” and whether he is “in fact representing in the acquisition process his father and/or other investors.” 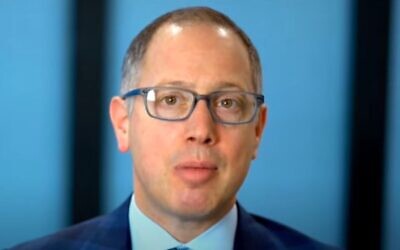 The El Al lawyer also asked for clarifications about a $1.65 million settlement that Centers Health Care, the nursing home chain that Kenny Rozenberg runs, paid to the US federal government and New York state for fraudulent billing practices.

The company faced civil charges for allegedly billing Medicaid for services it did not in fact provide, but settled in 2018.

Last week, Israel’s Government Companies Authority agreed to support Rozenberg’s $75 million bid for a 44.9 percent controlling stake in El Al, which has been laid low by the coronavirus pandemic.

Now El Al must decide whether to accept the offer or take a government bailout package that would include a government-backed loan and a stock offering on the Tel Aviv Stock Exchange. Under the bailout, the state would retain a 61% stake in the airline, leading again to its nationalization. The airline was privatized in 2004.

Rozenberg, 30, is a resident of Israel and an Israeli citizen.

The airline has seen catastrophic losses since the outbreak of the coronavirus pandemic and ensuing restrictions to curtail its spread, which barred most foreigners from entering Israel and ordered quarantine restrictions on Israelis returning from abroad.

The government, the airline and worker unions for its staffers have been embroiled in talks about a rescue package for months.

JTA contributed to this report.