US President Donald Trump’s executive order suspending the entry of certain foreign workers until the end of 2020 will impact Israelis seeking to work in the United States, adding to the impediments caused by the coronavirus pandemic, which has seen US consulates clamping down on entry visas.

The Monday decision, which the White House explained was meant to help the virus-battered US economy, was met with strong local opposition from US business groups and major tech firms, who said the suspension would instead stifle economic recovery as it will block the entry of much needed highly skilled global talent essential to their businesses.

The proclamation exempts those already in the US and those with a valid visa who are now abroad.

The visa categories that are blocked, effective June 24 until the end of the year, include H-1B visas for skilled workers often used by the global tech industry and L-1 visas for executives, managers and specialized workers that are transferred within a company. 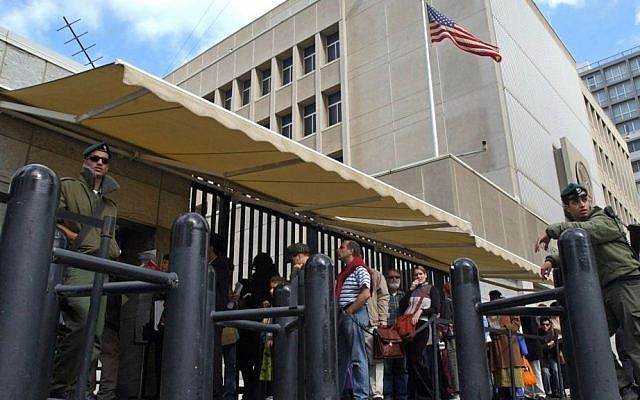 Israelis waiting for US visas line up at the US Embassy in Tel Aviv. (photo credit: AP/Eitan Hess-Ashkenazi/File)

Tech firms that have not yet completed a new relocation procedure for an employee will be affected, said Liam Schwartz, the head of relocation practice at attorneys Goldfarb Seligman & Co in Tel Aviv. But other than that, the effect of the proclamation “is limited for a number of reasons,” he said.

“US consulates are not issuing visas anyway: the State Department suspended all visa services in March of this year due to the COVID crisis, and there is still no target date for the resumption of these visa services,” said Schwartz. “The executive order has no impact on employees who are already in the US, or who are outside the US and have valid visas.”

Israelis are generally not eligible for the H-1B visas anyway, which allow US companies to offer professional-level employment to foreign experts holding relevant academic degrees. The H-1B visa is subject to an annual worldwide quota, so the chances of getting one are very low; they are mostly allocated to skilled workers from India and China.

Israelis used to mostly apply for the L-1 visa, which allows a company to place key workers in managerial or tech positions for three years, with an option to extend the period. These employees have to be working at the startup or company for at least a year before applying for the visa. 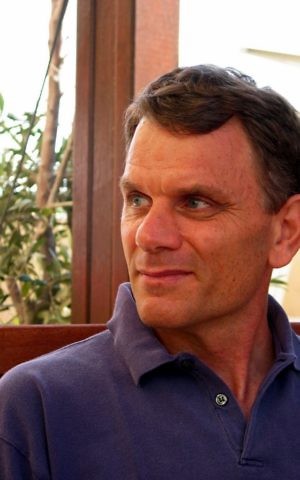 The L-1 work permit “used to be the primary work relocation visa to transfer a company manager or a specialized manager to a US subsidiary,” Schwartz said. But in recent years fewer and fewer Israeli firms were using it as an entry pass to the US because of the “very hostile” scrutiny they had to undergo by the US immigration agency, which toughened its policies under Trump.

The US president in 2017 called for the “extreme vetting” of foreigners entering the US.

The new blocking of L-1 visas means that employees who need to relocate to the US won’t get a permit to move there with their family before the end of 2020, and certainly not before the start of the school year, said Schwartz.

Fortunately, he said, there are other visa permits that have not been impacted and have been increasingly used by Israeli firms to get their workers into the US, since L-1 visa became harder to obtain. These are E-1 trade and E-2 investor visas, and O-1 extraordinary ability visas.

Both E visas are available to companies that are at least 50 percent, owned by Israeli citizens.

The E-1 is for companies involved in substantial trade with the US, with trade meaning exports or imports of services or products. The E-2 or so-called investment visa is for companies that have invested a minimum of $100,000 in setting up a new business activity in the US.

Both visas allow eligible companies to transfer key personnel to the US.

The new executive order also has no impact on B1/B2 visas for tourists and business visitors, Schwartz said.

“In a sense, the ‘bark’ of the executive order is worse than the ‘bite,’ he said.

Even so, the combination of the coronavirus clampdown and the new visa curbs will have an impact on some Israeli firms.

“The bite will still be strongly felt by a good number of Israeli companies who have desperately been waiting for the US consulates to reopen in order to initiate relocations for employees who, by definition, are key to the success of their US business operations.”

As of the end of 2018, there were 506 Israeli-founded businesses based in New York State, generating revenue of some $18.6 billion and employing almost 25,000 New Yorkers, according to data compiled by the New York-Israel Business Alliance. As of 2017, there were some 50,000 Israelis living in the Silicon Valley area, according to Ogen, a relocation firm that helps Israelis move to the US.