The Israel Innovation Authority, in charge of setting out the nation’s tech policies, sounded an alarm in a Wednesday report regarding the shrinking number of new startups: just 520 startups were set up in 2020 compared to 850 in 2019 and 1,400 in 2014.

Although this is a global trend, startups are Israel’s “soul” and their decline cannot be ignored, said Ami Appelbaum, the chairman of the Israel Innovation Authority and chief scientist at the Economy Ministry, in a phone interview.

“Considering the high-tech sector’s importance to the Israeli economy, a sharp decline in the number of new startups is too large a risk,” the report said.

“The number of new startups established in the last two years is similar to the levels recorded in Israel a decade ago, despite the subsequent growth and development of the local innovation ecosystem,” the report said. “This decline raises the question as to whether Israel is at the end of the startup nation era,” it warned.

The main reason for the decline is a maturing of the local tech economy, with entrepreneurs holding on to their firms for longer than in the past and raising larger amounts of money via private equity or on the public markets.

While the appearance of more mature companies is welcome, there is a “real question” of whether the downturn in the rate of new Israeli tech firms being formed is sufficient to support the continued existing levels of entrepreneurial and technological activity, the Innovation Authority said in its 2021 Innovation Report.

Contributing to a gradual erosion of Israel’s global competitive status as the Startup Nation is the fact that the government has been allocating to the tech sector a shrinking portion of the GDP — just 0.15%, while government support for innovation in the EU and other countries such as Korea and the US stands at 0.6%-1% of GDP,  the report said. 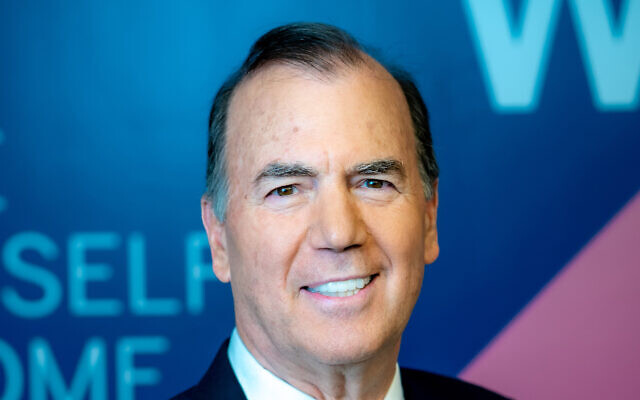 According to the authority, the rise in salaries in the high-tech sector “creates an incentive for employees to continue working in senior managerial roles rather than taking a risk in the world of entrepreneurship.”

International development centers offer another path for talented Israelis to secure incomes higher than those available in the local high-tech sector, the report said.

Appelbaum called on the state to “develop a robust response” to the decline in new startups.

“The influence of high-tech on the resilience of the Israeli economy requires the country to ensure the continued prosperity of the high-tech sector,” he said.

“Shocks in the Israeli high-tech ecosystem could critically affect employment, tax revenue and the stability of the Israeli economy as a whole,” he added.

In light of the change in the high-tech sector’s mix of companies, Israel must  reassess its tech-sector policy to make sure it caters both to the startup ecosystem and to an industry that has matured, as the country develops from a Startup Nation, a playground for startups, to a ScaleUp Nation, in which more and more companies are reaching billion-dollar valuations, the Israel Innovation Authority said in its report.

Catering for both will be good for the nation’s tech ecosystem and for its economy as a whole, the report said.

“We are playing in the field with all the big guys,” said Appelbaum in the phone interview. “Startup Nation is a very good slogan for Israel, but it is not good enough for the economy of Israel.”

Startups are a significant component of economies’ growth, he said. But these companies must have the ability to grow sales and employees and become global in order to impact the entire economy rather than leave the tech bonanza in the hands of the privileged few.

“There is no conflict between Startup Nation and ScaleUp Nation,” Appelbaum said. “One cannot live without the other. Without the startups we will fall. Without ScaleUp Nation, there will be no impact on the Israeli economy.”

About 10% of Israeli employees work in the high-tech sector, and they are responsible for 15% of Israel’s gross domestic product (GDP), 25% of the total income tax paid, 43% of exports, and 40% of the value of companies listed on the Tel Aviv 35 Blue Chip Index, data in the report shows.

The maturation of the Israeli high-tech industry is reflected by the wave of Israeli tech firms’ stock offerings on the local and foreign exchanges, the report said, calling it a “positive sign for the economy.”

There is a record number of Israeli startups floating shares in the stock markets — a 50% jump compared to 2019.

The number of listings of Israeli startups seeking to maintain their independence peaked in 2020, with Israeli companies achieving a record 31 initial public offerings (IPOs), primarily on the Tel Aviv and US stock exchanges.

In addition, tech firms are raising records amount of money privately, some of them at billion-dollar valuations. Israel’s tech sector broke a new capital-funding record earlier this month, with firms raising a total of $10.5 billion since the start of the year, matching the total raised in the whole of 2020, a record year, in less than half the time.

This maturing of the firms raises the question of how the government should deal with them, the report said.

These larger firms have different needs: they will want to continue to grow by acquiring companies in Israel and overseas in order to access additional talent and intellectual property. This may require the financial and banking systems in Israel to offer lines of credit, loans, and other financing products suited to global companies that are growing rapidly but whose risk levels are still high and that may not yet be profitable, the report said.

In addition, it will be necessary to ensure that the M&A activity of Israeli and foreign companies is subject to transparent regulation, including aspects related to taxation and competition.

The Israeli capital market and its financial players will also need to broaden their expertise in the tech sector, and make sure their analysis departments specialize in relevant areas so that they can invest in the public technology companies which will become part of the financial portfolios that make up Israelis’ savings and pensions.

Banks, too, will need to develop expertise and learn how to evaluate risk so they can offer loans to these Israeli firms.

The greater the number of technology firms seeking a listing on the Tel Aviv Stock Exchange, the more the local capital market will be exposed to the shockwaves that can shake the worlds of technology. This raises the local stock exchange’s risk, and may also affect the Israeli citizens’ pension savings.

This could also raise questions regarding the ability of management to steer global public companies.

A new wave of employees getting rich from high-tech may lead to increased inequality in the economy, the report said, causing resentment toward the sector.

Israel has also seen a “sharp decline” in the establishment of multinational development centers in Israel, from 46 in 2016 to four in 2020.

These multinational R&D centers are generally established after foreign tech giants acquire local startups. This trend demonstrates the sector’s maturity, as increasing numbers of startups seek to maintain their independence, and grow into larger companies with sales and larger valuations. Even so, the multinational R&D centers have expanded in scope, and they have expanded their workforce in Israel, the report said. 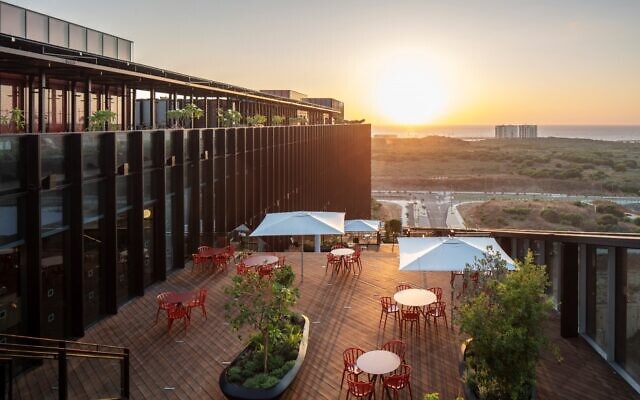 The impact of COVID

Israel is in the early stages of recovery from the economic crisis that began in early 2020 as the result of the global COVID-19 pandemic, Appelbaum wrote in the foreword to the report.

“The Israeli high-tech industry was not immune to this crisis,” he said, with many startups experiencing a cash crisis as investors took a wait and see approach and  as sales dropped. This “threatened the continued existence of startups and small and medium-sized companies,” he wrote. A fast-track funding program rolled out quickly by the Innovation Authority and the Finance Ministry at the start of the crisis helped many get through a cash crunch, the report said. 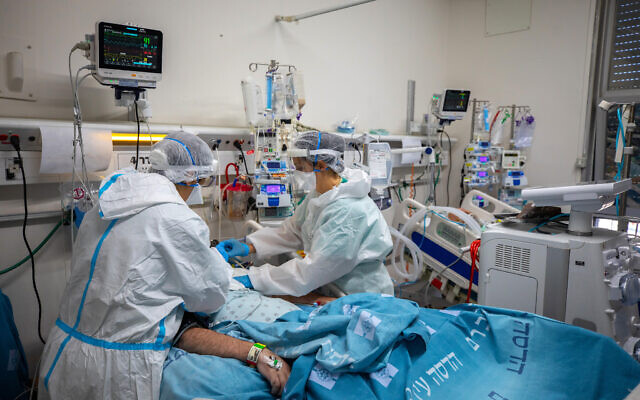 At the same time, lockdowns and other restrictions imposed to keep the virus at bay sped up a trend of working and studying from home and using online services. This led to the accelerated development and adoption of a variety of technologies, and “within six months, boosted the consumption of digital services by enormous proportions equal to several years’ worth of growth,” he wrote.

The tech sector was one of the factors that mitigated the adverse economic impact of the coronavirus crisis on the Israeli economy and helped the country recover faster.

Even with its tech ecosystem is thriving, Israel needs to beware of the intense global competition stemming from new innovation trends accompanied by huge investments by countries and giant corporations.

“This situation may critically impair Israel’s ability to compete and bring about resultant fatal damage to employment and the economy in Israel,” Appelbaum wrote. These trends require further direct government investment in the technologies of the future to be able to “safeguard the long-term success of Israeli high-tech.”

“Doing so will prove critical in preserving the country’s national resilience” and making sure the nation doesn’t find itself at a scientific and technological disadvantage that will be difficult to recover from.

To cope with the challenges ahead, Appelbaum said, Israel must ensure that there are enough highly trained workers to feed the tech ecosystem growth; it must provide incentives for firms to set up and grow in Israel by allowing them to try out their technologies and adapt them locally; and must identify in advance future technology trends. “The unicorns we see today were developed 5-10 years ago,” he said. “What is the next season of unicorns?”

Regulation should be supportive of new technologies and they should be widely adopted by government agencies — a win-win for the tech firms as well as for the Israeli public, which would benefit from the increased digitalization of government services.

In addition, he said, efforts should be made to encourage tech firms to employ junior-level personnel, with no experience, to ensure that they can stay in the tech ecosystem and help it flourish.