Two Israelis and one Emirati of Palestinian descent have teamed up to make the use of disposable gloves at hospitals more efficient by reducing waste and providing an alert when they are about to run out. This, during a pandemic, can be essential to the safety and functioning of healthcare providers.

The trio’s product, iNitrile, is a disposable glove dispenser machine that scans users’ ID cards before a compartment opens up and allows them to insert their hand into an inflated glove.

iNitrile, which is a subsidiary of Houston-based medical technology company Texas Medical Technology, is expected to be launched in the US within months, company officials say.

Omri Shafran, founder and CEO of Texas Medical Technology, said he estimates the machine could reduce waste at hospitals by 12-15 percent, as the artificial intelligence-based cloud network helps track and predict glove usage. A hospital, for example, will be able to see how many gloves are used on different floors or wings, which sizes are popular and how many are needed for future purchases. 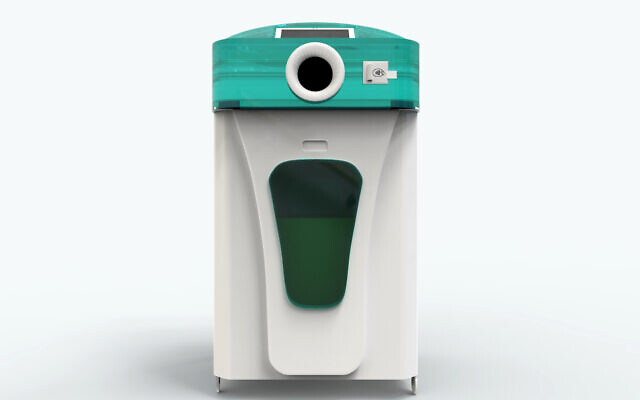 Jad Shraim is an Emirati born in Amman to Palestinian parents. An entrepreneur who started a PPE distribution company, SourceLine Medical Supply, and with family members in the medical field, Shraim recognized a severe need for medical equipment for frontline workers last year as the pandemic wreaked havoc around the world. Governments, hospitals and individuals all scrambled for PPE equipment at the start of the pandemic and were ready to pay any price, sometimes getting taken in by scam deals.

A business transaction in the US last year led to a professional partnership between Shraim, Shafran and Dimitri Menin, the president of Texas Medical Technology, and the three decided to join forces and develop iNitrile.

Shraim, who is now CFO of iNitrile, said the two Israelis and he have developed a type of chemistry that is more like family than like business partners.

Shraim said he plans to make his first trip to the West Bank later this summer with Shafran and his children.

“We are trained from when we were children to hate each other, naturally, in the schools. Let’s not shy away from it,” Shraim said in a phone interview with The Times of Israel.

Tensions between Israelis and Palestinians escalated in May, resulting in a bloody 11-day exchange of rocket fire and airstrikes between Israel and Hamas that ended in a ceasefire on May 21. 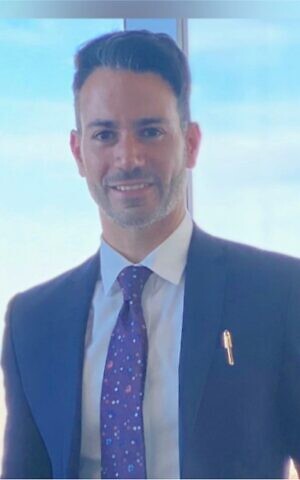 Jad Shraim is an Emirati born in Amman, whose parents are Palestinian. He is the co-founder of glove-dispenser iNitrile (Courtesy)

Shraim said the trio has been checking in on each other and their respective families to make sure everyone is safe and offering support, but otherwise, there is not a lot of dialogue regarding the conflict.

Menin praised the ability of many around the world, including the iNitrile team, to put aside their divisions and come together in a crisis.

“Everyone put their religion on the side and focused on helping the community,” he said.

In Texas, iNitrile has set up a PPE-production factory with 300 employees from 50 countries.

iNitrile’s automated glove dispenser machine, currently a third-generation prototype right. is not for sale but rather will be leased by organizations that purchase other products like gloves. There are hopes it will be deployed in long-term contracts in the US in the next six months.