Investors, founders and employees of MyHeritage, a genealogy company that was sold to US private equity firm Francisco Partners last week, won’t be the only ones clinking glasses in celebration of the exit deal reportedly valued at over $600 million. Israeli youth will also benefit from the acquisition, through the sale of options the startup donated in 2013 to the nonprofit organization Tmura.

Founded in 2002 by New York-born Yadin Kaufman, who immigrated to Israel in 1985, Tmura aims to get tech entrepreneurs to hold out a hand to those less fortunate by supporting nonprofit organizations involved in education and youth.

Tmura approaches startups and other fledgling high-tech firms and, rather than ask for cash, seeks a donation of shares, options, or other stakes when such assets are not yet worth much. Then, if and when an exit happens — either a sale to a larger company or an initial public offering of shares — Tmura cashes in on that equity, providing much-needed donations to a variety of nonprofit organizations mostly involved in helping out kids in need. Each donor company can decide which nonprofit organizations it would like its options proceeds to support.

Kaufman, who joined Israel’s fledgling venture capital scene of the early 90s at the beginning of Startup Nation, saw both the huge wealth potential and the social disparities that were being wrought by the tech industry. He decided to set up Tmura to create a “culture of giving in the tech sector,” he said in a recent phone interview. 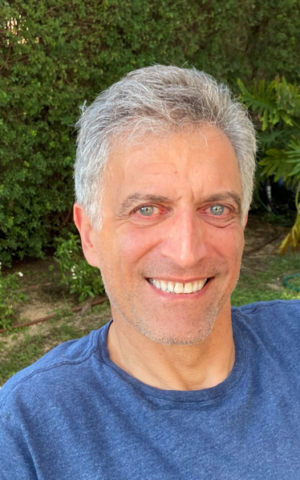 Tmura, which follows a model that was already in operation in Silicon Valley, is the Hebrew word for change or metamorphosis and also means value for money; the name is also a play on the word truma, which means donation.

In the 19 years since its founding, Tmura has managed to get both VC funds and startups on board with its vision, generating some NIS 75 million, or $23 million, in proceeds from 121 exits over the years for charity, not including the MyHeritage deal.

This money has helped some 200 youth-related charities to grow over the years – including Krembo Wings, which provides weekly social activities for hundreds of young people with special needs; Moona, set up by a former Israeli fighter pilot, which aims to build bridges between Jewish and Arab Israeli youth through space technologies; and Heroes for Life, which leverages the network of post-army Israeli travelers to run humanitarian volunteer projects in developing countries around the world.

A total of 718 Israeli companies have made donations to Tmura, with a record number of 62 new donor companies contributing in 2020, as nonprofit organizations struggled to raise funds elsewhere during the pandemic.

Exit proceeds in 2020 totaled $1.9 million, the second-highest year ever, after 2013, when Waze got sold to Google for some $1 billion. Waze had contributed options in 2011, which generated a whopping $1.5 million in proceeds for Tmura from the sale to Google. 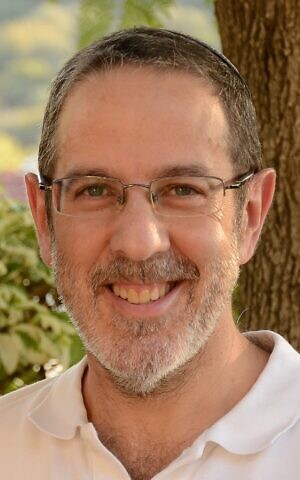 The MyHeritage exit is the second this year for Tmura, after IHS Markit in January bought compliance technology provider Cappitech, in which Tmura had options. More exits are likely in the pipeline for this year, said Baruch Lipner, Tmura’s executive director, expressing hope that proceeds in 2021 will be exceed whose of the 2013 record year, he said. It is not known yet how much money Tmura will make from the MyHeritage exit, he said, as the deal was announced but hasn’t been completed yet.

“We want to bring in more and more companies,” Lipner said, “so that our pipeline is always filled” with new startups.

Lipner meets with fledgling executives via introductions from investors or friends, he said, and they usually agree to donate. Even those who don’t respond initially sometimes come on board eventually, when they’re ready. The key is to stay in touch, he explained.

Typically, most startups give Tmura a stake of less than 1% in their firm via options. “In many cases these options are worthless, but many startups have also succeeded,” said Kaufman. “We claim that those companies that share with the community succeed more.”

Tmura sells the options as soon as there is an exit. “We prefer to put the money to work as soon as possible in the community,” Kaufman said, rather than holding on to a stake in the firm.

Looking ahead, Kaufman said Tmura hopes to enroll even more donor companies. “It is important to get the message out,” he said.

The organization is also looking to take its model to the US. “We want to target Jewish investors and Americans who invest in Israeli companies,” and get them to donate part of their investment to Tmura, he said.

I’ll tell you the truth: Life here in Israel isn’t always easy. But it’s full of beauty and meaning.

I’m proud to work at The Times of Israel alongside colleagues who pour their hearts into their work day in, day out, to capture the complexity of this extraordinary place.

I believe our reporting sets an important tone of honesty and decency that’s essential to understand what’s really happening in Israel. It takes a lot of time, commitment and hard work from our team to get this right.

Your support, through membership in The Times of Israel Community, enables us to continue our work. Would you join our Community today?