“We produce natural food colors from plants, but without using plants and agriculture,” said Halim Jubran, co-founder and CEO of the Yokneam, Israel-based startup. “Our technology allows yeast, which has no color, to produce colors like that of the beetroot, cactus, bougainvillea.”

Phytolon licensed the technology developed in the lab of Prof. Asaph Aharoni and Guy Polturak of Weizmann Institute of Science. In the process, the gene that determines the color of a certain plant is extracted and put into yeast which is then fermented. “We generate a strain of baker yeast that has the gene and is able to produce color,” Jubran said in a phone interview.

Yeast is already used to produce a variety of ingredients used in the food industry, but Phytolon is the first company to use it to produce natural colors using a fermentation process, Jubran said.

“We don’t need land or plants or agriculture to produce our colors,” he said, as opposed to other plant-based colorings used in the food industry. This makes the technology more sustainable and cheaper, and leads to a higher and more unified quality of color, he said.

The name of the company is a combination of phyto, which stems from ancient Greek and means plant, and lon, which in Arabic means color, explained Jubran, who has a PhD in biotechnology from the Hebrew University of Jerusalem and a postdoc degree from the Weizmann Institute.

The need for new natural food colors is increasing due to growing consumer awareness and demand for healthier food colors to replace synthetics that may have adverse effects on health.

Natural products or ingredients extracted from plants, which account for 69% of the food color market, are more expensive than the less healthy synthetic and artificial colorings. The extraction process of  natural colorings is complicated and time consuming, and the yield from the plants is not always high quality. This is expected to hamper the growth of the food colors market in coming years, Allied Market Research said in a report. 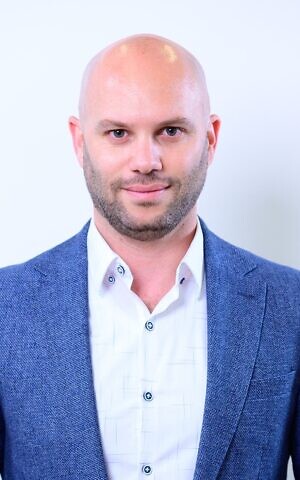 The colors produced by Phytolon are in the betalain family, which is a class of pigments that range from yellow to purple, including orange, red and pink and “all the shades in between,” Jubran said.

“It is a rich family of colors” that are also antioxidants and have a high nutritional value, Jubran explained.

Last month the firm said it raised $4.1 million in funding from investors including The Trendlines Group, which already invested in the firm in its early stages of development. The Trendlines Group is an Israel-Singapore based investment group focused on medical and agri-food technologies.

The funds raised — a total of $5.8 million since the firm was founded in 2018 — will help the firm to commercialize its product, which will target food manufacturers and food ingredient manufacturers, Jubran said.

The firm is now conducting proof of concept experiments at production lines of leading players in the food industry to show “that our colors work,” he said.

Jubran expects the product to hit the market in 2022, and hopes by then to have attained US Food and Drug Administration and other regulatory permits. Because yeast is already used in the food industry as well as betalain colors, the approval process should be fairly straightforward, he said.

Even though technology is used to extract the gene from the plant, the final product is not considered genetically modified, he said.

“Our aim is to become a global company and to get the product to market as an example of how fermentation-based products can replace color from agriculture for the food industry,” Jubran said.