US tech giant Intel Corp. is in “advanced talks” to acquire Israeli startup Moovit, a free, crowdsourced application that provides real-time information about public transportation schedules, for about $1 billion, the Israeli business daily Calcalist reported Sunday without saying where it got the information.

Intel has already made a $30 million strategic investment in Moovit, via its venture capital arm in 2018.

The acquisition of the startup would follow the US tech giant’s massive acquisition of Jerusalem-based Mobileye, a maker of self-driving technologies, in 2017 for a whopping $15.3 billion, the largest ever acquisition in Israel. In December, Intel signed a deal to acquire Israeli startup Habana Labs, a Caesarea-based chip maker, for $2 billion, after it originally invested in the firm as part of a Series B funding round.

Intel Corp. declined to comment on Calcalist’s report, as did a Moovit spokeswoman. 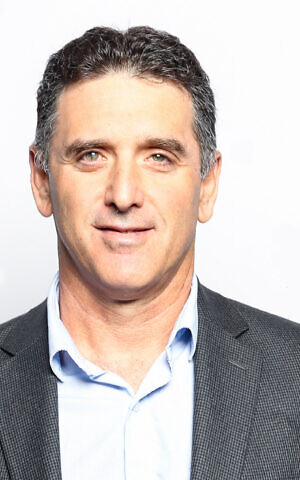 The acquisition of Moovit, together with that of Mobileye, would enable Intel to tap into a huge amount of data regarding transportation and transit in cities around the world, Calcalist said.

Indeed, Mobileye and Moovit generate complementary data: the data that Mobileye generates relates to vehicles, while Moovit generates data about people on the move. This creates a holistic picture of movement within urban areas, Moovit CEO Nir Erez said in an interview with The Times of Israel in 2018.

The Moovit app is used by 800 million riders across 102 countries globally, according to the Israeli startup’s website.

The Moovit app was launched by Erez in February 2012 together with Roy Bick and Yaron Evron. The startup has raised $131.5 million to date from investors including Israeli VC Gemini, Sequoia Capital, BRM Group, Vintage Investment Partners, and BMW iVentures, according to the database of Start-Up Nation Central.