The 2009 book “Start-Up Nation,” authored by Dan Senor and Saul Singer, depicted Israel to the world as a hotbed of go-getter entrepreneurs whose cutting edge technologies grabbed the attention and the investment of global firms.

But 10 years on, is that title still relevant? With a plethora of other countries angling for the title, even as the coronavirus pandemic batters economies worldwide, is Israel really still the Startup Nation? Or must the country get a facelift, and rebrand?

These are the questions that Vibe Israel, a nonprofit organization that seeks to showcase Israel and share its story globally, set out to answer together with Bloom Consulting, a country-branding consultancy.

“Startup Nation is a 10-year-old slogan. COVID-19 has wrought massive change,” said Joanna Landau, the founder of Vibe, in an interview. “We must ask ourselves, are we still telling the right story?” 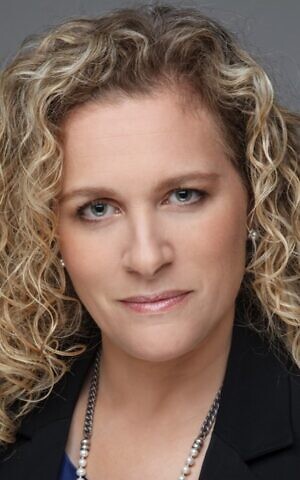 Joanna Landau, the founder and CEO of Vibe Israel (Courtesy)

For the study, Bloom surveyed 3,000 business leaders in 10 key target markets to understand how they perceived the appeal of Israel as a place to do business. The consultancy also conducted interviews with senior Israeli business leaders and government representatives from Israel’s Economy Ministry and Foreign Ministry.

Bloom also examined the results of a 20,000-person survey in the U.S. News & World Report Best Countries ranking, and analyzed online search data from 2016 onward to better understand the development of Israel’s economic brand. The countries to which Israel was compared in the study were the US, the UK, Finland, Singapore, South Korea and Estonia, which are either key markets for Israeli products or have similar, tech-focused economies.

The findings are somewhat worrying, and also surprising. They show that Israel doesn’t exclusively own the term Startup Nation anymore: fewer than 1% of the businesspeople who participated in the survey associated Israel with “startups” or thought “startups is what Israel does best.”

“Startup Nation” has become a generic term used by many countries around the world, the study showed, not just by Israel. Searches online for “Startups in Israel” are stagnant at a 1% growth rate since 2016, compared with a double-digit growth rate for competing countries, such as Estonia, 71%, and South Korea, 30%.

The term Startup Nation is now used widely by countries across the globe seeking to present their technological offerings and innovation ecosystems. There is even a European Union Start Up Nations Standard — a strategy recently launched by the EU to drive the continent’s competitiveness.

The research showed that Israel is perceived highly by global businesses and investors, with 75 percent of respondents saying that they would do business with Israel, and only less than 8% saying the Israeli-Palestinian conflict or security concerns were reasons to avoid business with Israel. This disproves the notion that the Boycott, Divestment and Sanctions (BDS) movement significantly impacts Israel’s economy, the study said.

Yet, in spite of this positive image, the growth of Israel’s appeal as a country to do business with, even in the tech sectors, has become stagnant compared with its competitors.

The most common online searches when people are considering investing in other countries are: “setting up a company in,” “taxation in” and “invest in.” In Israel’s case, all of these categories had almost zero searches, with a negative growth rate of 0.1% for the term “invest in” associated with Israel since 2016.

For the tech sector, both Israel and the US have lost a significant share of growth in terms of searches for tech-related keywords since 2016, the report said. This compares to double-digit growth for competing countries — 54% for Estonia, 30% for South Korea and 26% for Finland, for example, in the past four years.

Digital interest in the nation must rise if Israel is to continue to remain competitive globally, the report said.

No bucks for the brands

The report also found that Israel’s economic brand is not bringing any financial value to its exports or investment offerings. When asked whether they would pay more, the average price, or less for an Israeli technological product over its competitors, most global business decision makers said they would pay 0.3% less. 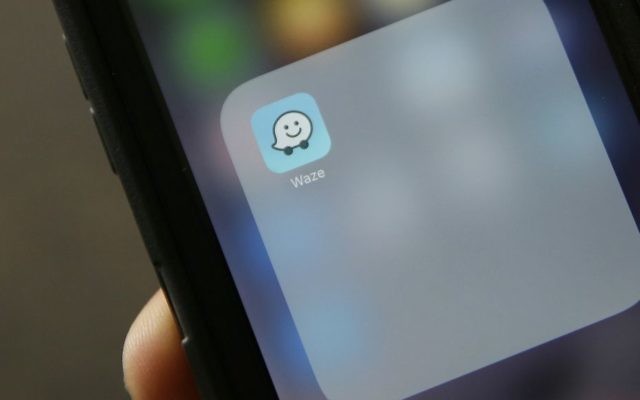 The Waze application is displayed on a smartphone in San Francisco, March 27, 2017. (AP Photo/Eric Risberg)

In addition, Israeli tech brands are not known — only 16% of those asked were able to correctly identify navigation firm Waze, acquired by Google in 2013, cybersecurity firm Checkpoint Software Technologies, the maker of the firewall, and self-driving technologies maker Mobileye, acquired by Intel Corp. for a whopping $15.3 billion in 2017, as Israeli brands.

“People won’t pay more for Israeli products,” Landau explained. “There is no country-of-origin effect,” no halo effect on products made in Israel.

“Israel is a white label, we are creating technologies for multinationals, but we are not getting any credit for it,” Landau said.

The research predicted that if nothing is done, then the competitor average will surpass Israel in just four years. Based on these findings, Bloom Consulting and Vibe concluded that “Israel must reassess its current messaging and relevancy as Startup Nation.”

The recommendations set out by the report include strengthening the nation’s country-of-origin effect. “Say you are Israeli, tell the story, and invest the money in good branding,” Landau said.

The second recommendation is to promote Israel as a country that is today “beyond” Startup Nation —  not only associating the country with tech, but also emphasizing Israeli drive, innovation and entrepreneurship.

“The COVID-19 pandemic represents an unprecedented moment to position Israel as a forward-thinking and problem-solving nation,” said the authors of the report. “Startup Nation served Israel well for over a decade, now it is time to move on.” 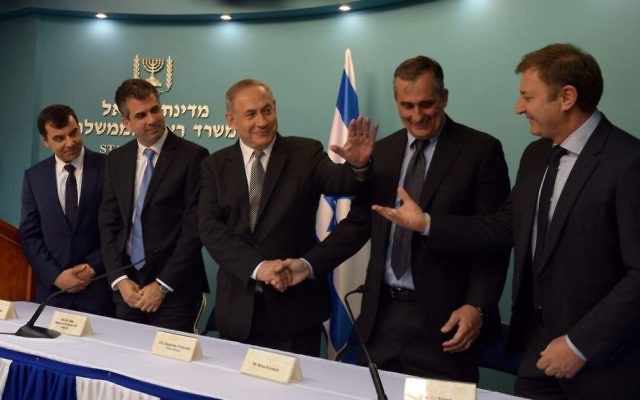 The private sector should take the lead in rebranding the country, said Landau, and get endorsement and support from government entities when needed. Bloom Consulting recommends setting up a politically independent and financially autonomous structure to manage and implement Israel’s economic brand strategy.

The private sector has been already active in promoting Israel as Startup Nation, Landau said. But the initiatives were “not strategically done. A strong brand needs to be consistent.”

Israel must decide what its new story is, she said, “and everyone has to tell it,” from businessmen to government officials.

Vibe “can lead that effort,” she offered, working in partnership with organizations in the private sector and with government entities when needed.

Vibe and the consultants are now putting the finishing touches on what these new narratives and marketing messages should be, she said, and hopes to publish them in December. The nonprofit will then work with the Economy Ministry on setting up a workplan to implement the new strategy, she said.

The book “Start-Up Nation” did an “incredible job” in giving to the world “Israel in a package,” she said. “We need to emulate what happened then, but in a new way. And we need to do this now, because of the crisis. We will lose our competitive advantage if not. Now is the time.”

Because of COVID-19 other countries are already working on their marketing, she warned. “We can catch up quickly, maintain our competitive advantage and come out of this crisis thriving, and not just surviving.”