Apple on Tuesday unveiled its new laptops, the MacBook Air, Mac mini and MacBook Pro —  all equipped with a new M1 chip, Apple’s first chip developed and built in-house. The likelihood of much of that development having taken place in Israel is high, two people from the industry told The Times of Israel.

The “revolutionary M1,” Apple said in a statement, is “by far the most powerful chip Apple has ever made.” It delivers up to 3.5 times faster processing, six times faster graphic processing, and up to 15 times faster machine learning, with double the battery life.

The company also announced the Big Sur, a new Mac operating system that will run on Apple’s own silicon chip.

“The introduction of three new Macs featuring Apple’s breakthrough M1 chip represents a bold change that was years in the making, and marks a truly historic day for the Mac and for Apple,” said Tim Cook, Apple’s CEO, in the statement. “M1 is by far the most powerful chip we’ve ever created, and combined with Big Sur, delivers mind-blowing performance, extraordinary battery life, and access to more software and apps than ever before.” 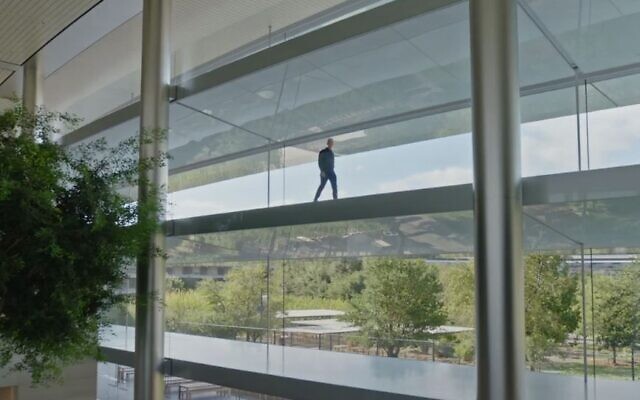 The new line of Mac computers was unveiled at Apple’s virtual “One More Thing” event on Tuesday, marking the first time in Mac’s 36-year history that it will be with a processor designed by Apple. The firm has been using chips made by semiconductor giant Intel Corp. in its computers since 2005, but is now moving away from its reliance on Intel and building its own chips.

In June, Apple’s Cook officially announced the company will be producing its own processors for its desktops and laptops, as part of the tech giant’s penchant for controlling as many parts as possible of the hardware in its products. The company has already been using in-house designs for its iPhone, iPad and Apple Watch, and is now using its knowledge for its line of computers.

Haifa-born Johny Srouji, a senior vice president of hardware technologies at Apple, is the man behind the new chip. At the virtual Apple event on Tuesday, he said that the M1 transforms the new Mac products “into a completely new class of products.”

“M1 is a breakthrough chip for the Mac,” Srouji said at the event, which was a pre-recorded infomercial that replaced Apple’s live product launch events due to the pandemic.

The M1 is the first system-on-chip for the Mac, he said. Until now a Mac needed multiple chips to deliver all of its features. It had chips for the processor, security, and memory. With M1, these technologies are combined onto a single system on a chip. M1 is also the first personal computer chip built using the five-nanometer processing technology. 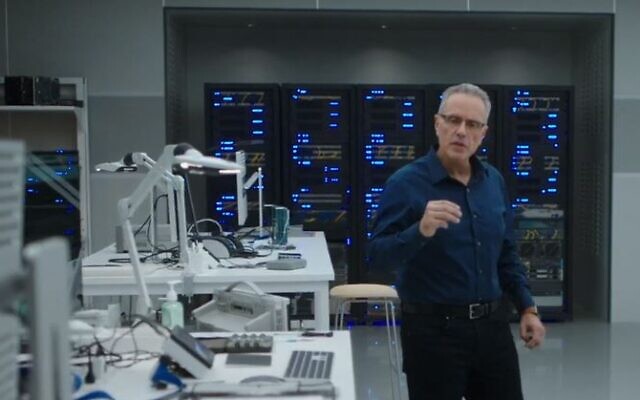 Screen capture of Johny Srouji, a senior vice president of hardware technologies at Apple, during the virtual ‘One More Thing’ event held on Nov. 10, 2020 (Apple)

“With small transistors measured at an atomic scale, M1 is remarkably complex, and packs the largest number of transistors ever put into a single chip,” he said, “a massive 16 billion transistors” to improve its performance.

Srouji joined Apple in 2008 to lead the development of the A4, the first Apple designed system on a chip, according to Apple’s website. He was also responsible for setting up Apple’s R&D center in Herzliya, Israel, its second largest in the world, after the US tech giant acquired the Israeli startup Anobit for some $390 million in 2012. Apple now has R&D centers in Herzliya and Haifa, with a total of some 1,000 employees.

Srouji has led Apple’s efforts in building a team of silicon and technology engineers, overseeing the development of new silicon and hardware technologies, including batteries, application processors, storage controllers and other chips, the Apple website says. Part of that team resides in Israel. 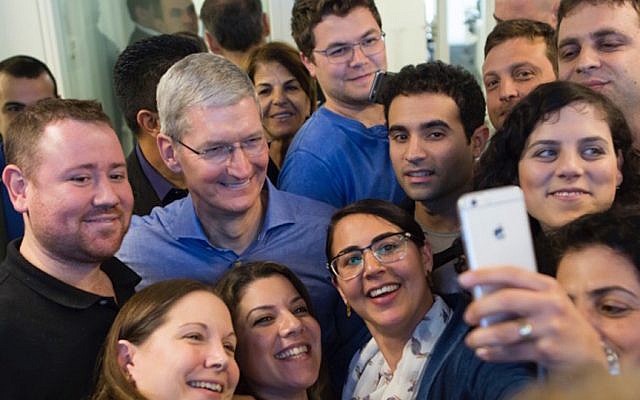 Before joining Apple, Srouji held senior positions at Intel and IBM in the area of processor development and design, the website says. He has degrees in Computer Science from Technion, Israel’s Institute of Technology.

Apple declined to comment on whether the Israeli team was involved in the development of the new chip.

In a statement, Intel said that Apple continues to be “a customer across several areas of business, and we will continue to support them. Intel remains focused on delivering the most advanced PC experiences and a wide range of technology choices that redefine computing.”

Incidentally, Intel’s R&D teams in Israel are behind the development of the Intel Core processing units — the heart and brain of chips — that are used in devices globally. The Israeli teams are also spearheading the development of Intel’s most advanced processors and chips.