Israel is reportedly set to reject Chinese bids for the deployment of fifth-generation (5G) wireless networks, both because the US has urged it to limit Chinese involvement in its strategic projects and because Israeli security officials are concerned that China could abuse its involvement in the project to spy on Israel.

The report came on the same day that Israel named a local company as the winning bidder for a $1.5 billion desalination plant contract, beating out Chinese competition amid reports of pressure from Washington.

Israel last July launched a tender for the construction of 5G networks, open to local and overseas players, and the Communications Ministry said at the time that it aimed to select the winning bids by December.

In practice, however, the process has taken longer, and security officials have recently been warning Prime Minister Benjamin Netanyahu not to select Chinese firms for the project, Channel 12 news reported Tuesday.

Even if the lowest-priced offers come from China, it “should not be allowed to win the contract and set up these vital, sensitive networks,” the officials have reportedly told the prime minister in closed-door discussions.

Two weeks ago, US Secretary of State Mike Pompeo made a lightning visit to Israel during which he discussed Chinese investments. 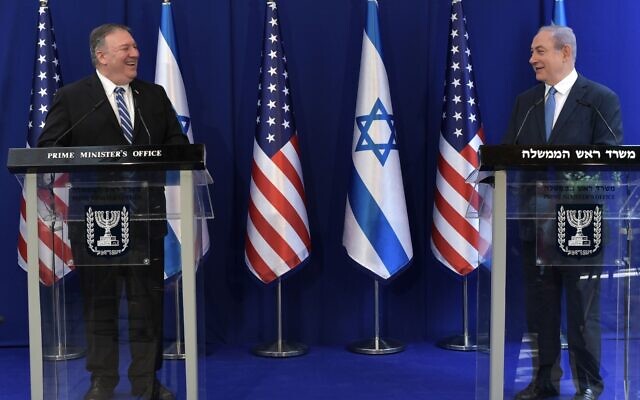 US Secretary of State Mike Pompeo, left, with Prime Minister Benjamin Netanyahu at his Jerusalem residence, May 13, 2020 (Kobi Gideon/PMO)

In a May 13 interview with public television, Pompeo voiced concern over Beijing gaining “access to Israeli infrastructure” that could “put Israeli citizens at risk,” as well as endangering the “capacity for America to work alongside Israel on important projects.”

Caught between the US and China, Israel “has apparently chosen its side” on this and other such strategic projects, Channel 12 said Tuesday, and is generally “distancing China” from them.

Regulators in the US were last year reported to be leading an effort to remove components developed by China’s Huawei and other firms from the telecommunications networks of US firms because of national security concerns. 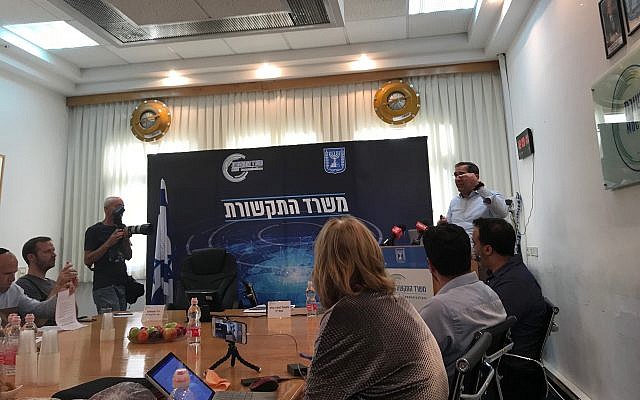 Netanel Cohen, the director-general of the Communications Ministry, right, standing, at a briefing in Jerusalem, July 14, 2019 (Shoshanna Solomon/Times of Israel)

Countries around the world have been moving to introduce 5G, the next generation of wireless networks, which bring the promise of greatly increased internet speeds — where full-length movies can be downloaded in 3.6 seconds — and better coverage and responsiveness.

In April 2019, South Korea claimed to have beaten the US in becoming the first country to roll out a 5G mobile network. Verizon’s 5G service was launched in parts of Chicago and Minneapolis that month.

Israel, the so-called Startup Nation, suffers from slower internet speeds. The deployment of 5G networks is one of the ways to help boost speeds, which have been held back in Israel by lack of competition in the internet infrastructure market.

Companies that win the bid will be able to delay payment for the frequencies until 2022, so they can more easily invest the significant amounts of money needed to deploy the networks. A nationwide 5G network, which would be an added layer on existing 4G networks, has been estimated to cost around NIS 2 billion ($562 million). 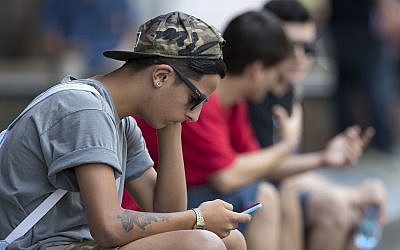 In addition, existing players will be able to join forces with other firms and submit joint bids to share costs. They will also be able to get a rebate on annual frequency charges for four years upon meeting certain milestones and can win grants from the ministry of up to NIS 200 million, depending on the speed in which the networks are deployed. The total amount of incentives is some NIS 500 million, the ministry said.

“The digital future of Israel is dependent” on upgrading to 5G as soon as possible, said Netanel Cohen, the director-general of the Communications Ministry, at a briefing last July.