Israel is reassessing a China-linked firm’s bid for a contract to build a desalination plant in the country, following scrutiny from the United States, according to a Tuesday report.

Israeli officials recently informed the Trump administration that Jerusalem was reconsidering the prospective deal, Channel 13 reported on Tuesday, ahead of US Secretary of State Mike Pompeo’s visit to the country.

China and Israel have stepped up trade and business ties in recent years and launched free trade talks, but senior security officials have sounded alarm bells over Chinese involvement in infrastructure projects, warning they are a security risk and could jeopardize ties with the US.

Hutchison Water International is one of two companies to have reached the final stage of the tender to build the Sorek B plant, set to be the largest desalination facility in the world, alongside IDE Technologies. Hutchison is owned by Hong Kong-based holding company CK Hutchison Holdings.

Beijing and Washington are at odds as US President Donald Trump has in recent weeks lambasted China for what he says is Beijing’s role in allowing the coronavirus to spread.

US officials questioned the China-tied company’s offer and expressed concerns over the possibility it could win the tender, Axios reported on Saturday. 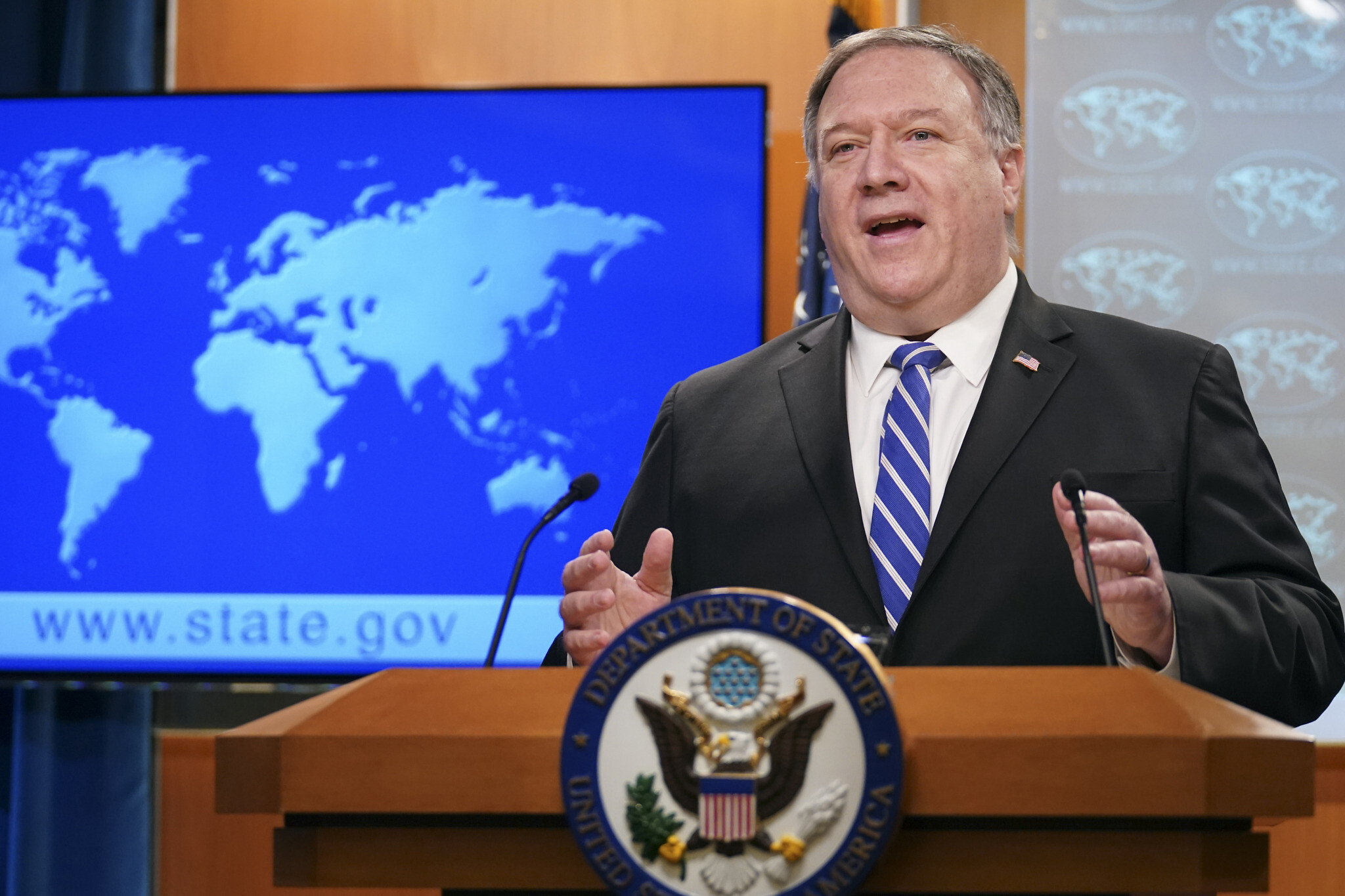 US Secretary of State Mike Pompeo speaks about the coronavirus during news conference at the State Department in Washington, May 6, 2020. (Kevin Lamarque/Pool Photo via AP)

The report said officials in the Trump administration, including US Ambassador to Israel David Friedman, have raised their concerns with the Prime Minister’s Office and the Foreign Ministry. Pompeo is expected to discuss China with Israeli officials during his brief trip to Israel this week, the site reported.

When the new Sorek facility, Israel’s sixth, is completed, it will provide some 200 million cubic meters of water per year, or about one-fifth of household and municipal water consumed in Israel each year, according to the Finance Ministry.

Construction on the $1.5 billion plant is set to begin in 2020, and water production in 2023, at which point Israel, already a world leader in desalination, will be drawing fully 85 percent of its potable water from the sea.

The plant is planned for Nahal Sorek, near the Palmachim air base and a nuclear research facility in the area.

The winner of the tender is set to be announced on May 24.

In October, under pressure from Washington over growing Chinese investments in Israeli companies, the security cabinet announced the formation of a new advisory panel that will review foreign investments in the country.

US officials questioned why the panel hasn’t examined Hutchison’s involvement in the desalination plant tender, Axios reported, to which Israeli officials have responded that it wasn’t under the committee’s mandate as the matter was set in motion prior to its formation.

“The Americans are speaking to us about this very politely but it is clear they would like us to review the Chinese participation in the [bid],” an Israeli official told Axios. 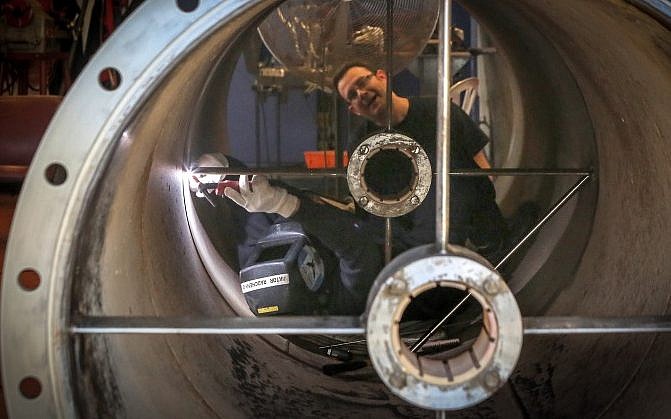 Inside the Sorek A Desalination Plant, November 2015. (Yossi Zamir/FLASH90)

A US embassy official said: “We are not going to comment on specific projects but, as with all of our allies and friends around the world, we remain engaged in dialogue with Israel about the best way to review potential foreign investment and economic activities with a view on their impact on national security.”

In September Haaretz reported that Hutchison Water International had been flagged as a security concern in Israel.

The Director of Security of the Defense Establishment, Nir Ben-Moshe, sent a letter to the Energy Ministry expressing his strong objection to Hutchison due to its Chinese ownership, the report said. But the Energy Ministry said in response that Hutchison was an Israeli operation which was only indirectly owned by the Hong Kong company.

The ministry further noted that Hutchison already operates a water desalination plant in Sorek that is similar to the planned site.

“The ministry does not see how the Hutchison group’s participation in the new tender is different from the company’s existing operations in the country,” it said.

Chinese firms have made major inroads in Israel, including the takeover of local food giant Tnuva in 2014 and deals to manage the key Haifa and Ashdod ports.

In January of last year the head of the Shin Bet security service warned that massive Chinese investment in Israel could pose a danger to national security, Channel 10 (now Channel 13) reported at the time.

“Chinese influence in Israel is particularly dangerous in terms of strategic infrastructure and investments in larger companies,” Nadav Argaman said at a closed-door speech at Tel Aviv University.

In the wake of Argaman’s remarks, Beijing reportedly sought clarifications from Jerusalem about its position.

A week after Argaman’s warning, US Deputy Secretary of Energy Dan Brouillette, who was visiting Israel for meetings that included talks with Energy Minister Yuval Steinitz, warned that unless Israel implements stringent screening procedures for Chinese investments, intelligence sharing between the two allies could be threatened.

Brouillette encouraged Israel to take “aggressive steps” to monitor foreign investment to guard against any weaknesses in Israeli infrastructure which could compromise intelligence sharing with the US.