The Ontario Securities Commission has brought civil charges against three Canadian-Israeli brothers for illegally soliciting Canadians to trade binary options, bilking them out of $1.4 million, part of a $233 million global scheme.

On May 4, the commission brought a civil enforcement action against Joshua Cartu, Jonathan Cartu and David Cartu claiming that from July 2013 to April 2017 the brothers operated online trading platforms that illegally sold binary options to Ontario investors and lied to investors about their Israeli location and their real names, as well as misleading investors by using nominee directors to obscure their connection to companies they owned.

The Ontario provincial regulators has previously taken enforcement action against the Israel-based binary options websites Optionrally, but never recovered money from the company.

The three brothers, who immigrated to Israel from Ontario in the last decade, mingled with Israeli elites, living flashy lifestyles in swanky homes, dating models and racing sports cars.

The charges say the brothers operated the websites Beeoptions.com and Glenridgecapital.com from a call center in Israel registered under the name Tracy PAI Ltd, the commission alleged.

In addition, the brothers allegedly set up two companies to facilitate payments, UKTVM in the UK and Greymountain Management in Ireland. UKTVM allegedly facilitated payment processing for the Beeoptions website through late 2014, while Greymountain Management facilitated payments for the Cartu brothers’ other binary options brands as well as for brands belonging to different people, until 2017.

According to the Ontario Securities Commission complaint, the Cartu brothers illegally obtained $1.4 million from hundreds of Ontario investors from July 2013 to April 2017. 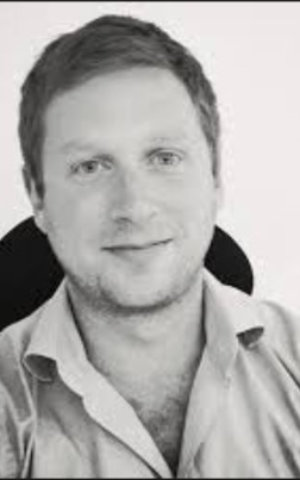 The complaint alleged that over this period, UKTVM and Greymountain bank accounts received approximately $233 million from the Cartu brothers’ binary options business globally.

The complaint is a civil enforcement action as opposed to a criminal one. If the judge ultimately rules against the brothers, they will be required to permanently cease trading securities or derivatives, and will not be allowed to hold a position as a director or officer of an issuer, a registrant, or an investment fund manager.

They would likely also be required to pay penalties and disgorgements to the tune of millions of dollars. However, only a criminal prosecution might eventually lead to jail time for the alleged binary options operatives. 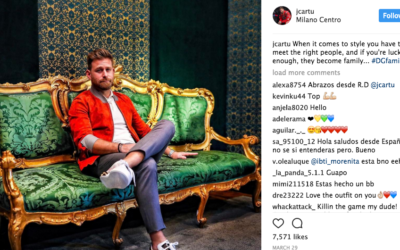 The binary options industry flourished in Israel for a decade before it was outlawed via Knesset legislation in October 2017, largely as a result of investigative reporting by The Times of Israel that began with a March 2016 article entitled “The wolves of Tel Aviv.” At its height, hundreds of companies in Israel employed thousands of Israelis who allegedly fleeced billions out of victims worldwide. The fraudulent firms would dupe victims into believing that they were successfully investing and earning money, encouraging them to deposit more and more into their accounts, until the company eventually cut off contact with the investor and disappeared with all or almost all of their money.

Israeli prosecutors have yet to indict a single binary options suspect on charges of fraud, while the United States has indicted about two dozen and taken civil enforcement actions against many others.

From Limassol to Tel Aviv

Joshua Cartu, the eldest of the three brothers who had grown up in Ontario, ran an online gambling company in Limassol, Cyprus before immigrating to Israel some time after 2007, people familiar with his company told The Times of Israel. He was joined in Israel by his brothers Jonathan and David some time around 2010.

In 2008, Israel passed a law providing a ten-year exemption from taxes and from reporting income earned abroad to new immigrants and returning residents. Possibly as a consequence, Israel, and the city of Tel Aviv in particular, became one of the world’s top destinations for migrating millionaires. During the same period, the city spawned a large “Internet” industry, some of which consisted of online gambling, forex and binary options as well as other types of e-commerce and online marketing of dubious legitimacy.

As the number of high-net worth individuals in Israel has grown rapidly, Tel Aviv has become the tenth most expensive city in the world, according to The Economist Intelligence Unit. High-end shops, art galleries and clubs have popped up to cater to an international clientele of expatriates from places like France, North America and the former Soviet Union.

According to people who know him, Josh Cartu mingled with the Tel Aviv glitterati, attending sports car racing events and dating models. Most notably, in 2018 he dated Lee Levi, a Danish-Israeli model and former girlfriend of Prime Minister Benjamin Netanyahu’s son Yair. In an interview to Israel’s Channel 12, Levi compared Cartu favorably to Yair Netanyahu, whom she accused of having a derogatory attitude towards women when recordings emerged of him suggesting he could pimp her out to his friends. 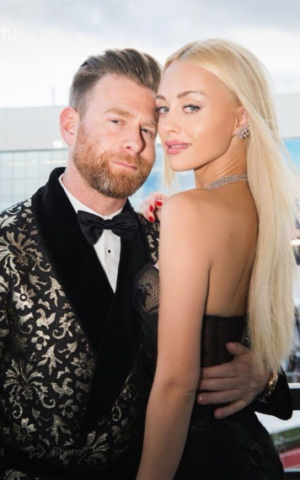 “It was not okay what he did,” Levi said, referring to Yair Netanyahu.

“You’ve got your new boyfriend,” the interviewer said, referring to Josh Cartu.

“Yeah, I kissed a frog next to my bed and so I got a prince now.”

“Is he very rich?” the reporter asked.

“I don’t know about that,” Levi responded.

“But he has a private jet.”

The eldest Cartu brother has become a celebrity abroad as well, racing Ferraris and acquiring almost a million followers on Instagram.

“Everything in his apartment is so perfectly crafted and organized, I feel like I’m sitting in a luxury furniture showroom,” the blogger wrote.

The blogger also spoke to Cartu about what it is like to work with his brother in a business she referred to vaguely as “sales” and “marketing.”

“For Josh, when his brother, David, who he says is ‘a genius’ joined the business, everything changed. David came from a very different background, so at first it was a struggle to find him a place in the business where he fit and could really help out and make an impact, the blogger wrote, quoting Josh Cartu saying, “I just threw him into different projects, and eventually he found one that really spoke to him. He took the finance side of the business to a completely different level and created a business within a business: and that became one of the biggest things we do.”

The Times of Israel was unable to ascertain where in the world the Cartu brothers currently reside, although one brother is believed to be in Canada, a source told The Times of Israel. A hearing in the enforcement proceeding has been scheduled for June 11, 2020, by teleconference.