A leading Israeli video game startup set to be acquired by a Swedish firm in a highly publicized deal has in the past been criticized by consumer advocates for the way it marketed digital games to children.

CrazyLabs, a developer and publisher of mobile games, was named several times in a 2018 complaint filed with the United States Federal Trade Commission by a group of 22 US consumer protection groups, concerning allegedly manipulative features in apps for children available in the Family section of Google’s Play Store.

On August 5, Swedish gaming giant Embracer Group announced that it will acquire CrazyLabs, which had the third-most downloads of all mobile gaming publishers in 2020, for an undisclosed amount. The Israeli firm has recorded 4.5 billion downloads to date and has over 110 million monthly active users, the announcement said. CrazyLabs generated revenue of $152.9 million between July 2020 and June 2021, Embracer Group added.

One of the beneficiaries of the sale will be Knesset member Amir Ohana of the Likud party, a former justice minister and internal security minister. Ohana’s husband Alon Hadad invested in the company during its first funding round in 2011.

CrazyLabs, formerly known as TabTale, was cited in the complaint to the FTC as a company that marketed digital games to children under 13 in a way that failed to protect their privacy.

The complaint alleged that CrazyLabs transmitted children’s data to third parties in possible violation of the Children’s Online Privacy Protection Act (COPPA), a US law that requires parental consent to collect personal data from children under 13. 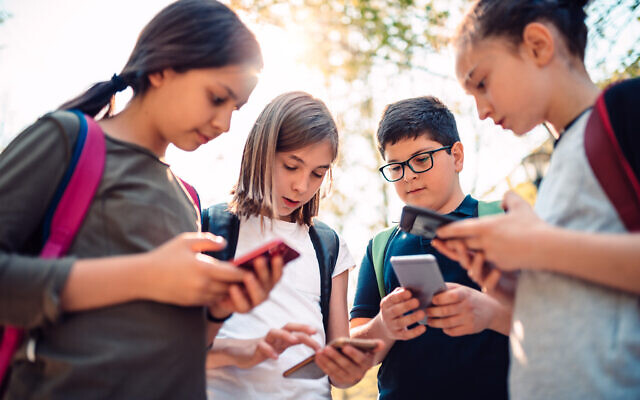 CrazyLabs was further criticized for its “freemium” money-making model, whereby children can download its apps for free, but are then encouraged to watch ads or make in-app purchases in order to make progress in a game.

The company produces casual, lifestyle and hyper-casual games, which it defines as “lightweight, instantly playable and infinitely replayable — making them highly addictive and very engaging.”

The company’s hyper-casual games had over 480 million downloads last year, including with such hits as “Soap Cutting,” “Acrylic Nails,” “Tie Dye” and “Run Sausage Run.”

Its casual games are more complex, including storylines, progression and mission systems, the company said. Some of its leading titles include “Jumanji,” “Hotel Transylvania Adventures” and “Super Stylist.”

“Super Stylist” was the most downloaded fashion game last year, and has had over 60 million downloads to date.

CrazyLabs told The Times of Israel that “CrazyLabs takes and has always taken its obligation to comply with applicable laws (including COPPA) very seriously. With the assistance of relevant experts, we believe we have instituted reasonable, effective, and comprehensive programs and procedures to adhere to such laws.” (The company’s response appears in full below.)

In a 2014 interview, CEO Sagi Schliesser told Fast Company that the firm tries to be ethical in the way it prices in-app purchases for children. 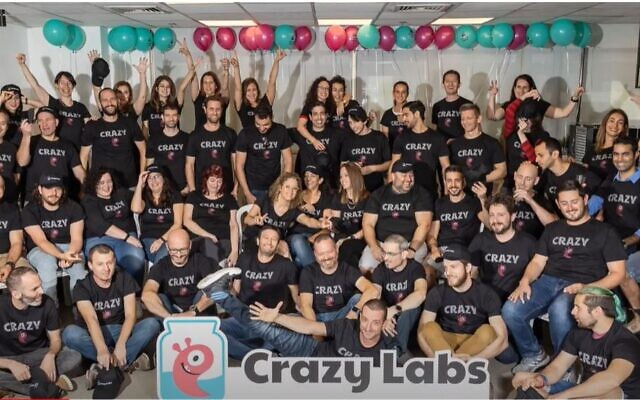 “We don’t do consumables,” he said, meaning his company puts caps on the amount of money a child can spend in a game. “The maximum price in a TabTale game to unlock everything is $4.99 at most.”

But some theorists of game design argue that all games based on the freemium model are inherently manipulative.

“There are deceptively complex economic systems at play within most freemium games,” wrote Casey B. Hart in the 2017 academic book “The Evolution and Social Impact of Video Game Economics,” which he edited.

“These systems utilize both active and passive means to influence players, and in many cases create dynamics that act on intuitive fallacies and irrational consumer behavior,” he wrote.

Embracer Group wrote in its August 5 press release that CrazyLabs “focuses on an underserved female demographic.” But recently, the company has come under fire for allegedly pushing retrograde messages to young girls.

The object of the game, according to the chapter, is to perform beauty makeovers on four princesses: Emma, Snow White, Sleeping Beauty, and Cinderella. The premise of the game is that the princesses were cursed and need the help of the player to become beautiful again and win the affection of a prince.

“The free toolkit users begin with allows them to apply cream which removes the wrinkles, use perfume which changes the green skin to white, apply eye masks, brush the hair and use the tweezers to pluck out the chin hair to which Cinderella replies, ‘Thank you for saving me!’”

But the game’s preschool players cannot complete the princess’ transformation without spending money.

“Up until this point, the beauty tools have been free,” wrote Whatman, “although at this stage for a user to progress they must pay $6.49 Australian dollars (AUD), otherwise Cinderella’s body remains in a half-completed state, and the user cannot progress any further. After paying, the user is able to retrieve an apple core stuck in her stomach, use a lip potion that plumps up her lips, clean her limbs, wax her legs, pop pimples, and file nails.”

Whatman concluded that not only does “FairyTale Fiasco” earn money for CrazyLabs, known then as TabTale, but it also sends a specific type of message to little girls.

“The economic features of FairyTale Fiasco earn money for TabTale while simultaneously socializing young female users to understand both gender roles and consumerism. They doubly create a desire for particular beauty products while evoking a sense of anxiety around the female body,” wrote Whatman.

The 2018 complaint from the consumer protection groups called on the FTC to investigate Google for the tech giant’s alleged “unfair and deceptive practices in marketing apps for children.”

The report claimed that many if not most free children’s games make money by manipulating young users, citing a University of Michigan study claiming that most “popular children’s apps frequently used techniques designed to manipulate children to make in-app purchases or watch ads.” 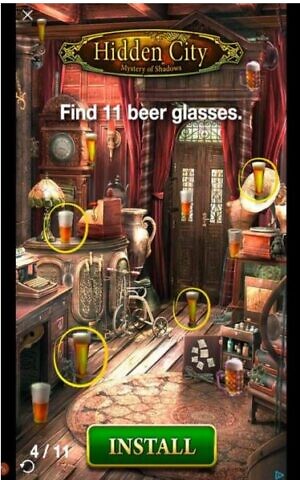 The complaint alleged that several apps from TabTale, CrazyLab’s previous name, including “Baby Care & Dress Up Kids Game,” “Baby Dream House,” and “ABC Song – Kids Learning Game,” all for ages 8 and under, transmitted personal information about users to third-party apps, in possible violation of the COPPA consumer protection act.

It also claimed that the TabTale apps contained age-inappropriate content. The game “New Girl in High School,” which is targeted at users ages 6-12, included an advertisement for a beer-themed game, the document alleged.

In another TabTale app, “Crazy Eye Clinic – Doctor X,” “the child is told to pry open the patient’s eyes with clamps and use tweezers to pick out eyelashes.”

David Monahan, a campaign manager at Fairplay, one of the groups to file the complaint, told The Times of Israel that the FTC “has yet to take any public action regarding these complaints.” He was referring to the 2018 complaint and an updated complaint to the FTC in March 2021.

Even if the FTC were to crack down on the kinds of egregious practices described in the consumer groups’ complaint, where would that leave children in other parts of the world, including Israel?

Tehilla Schwartz Altshuler, a senior fellow at the Israel Democracy Institute, told The Times of Israel that Israel lacks a data privacy law similar to Europe’s GDPR or COPPA in the United States, but does have consumer protection laws that prohibit the manipulation or deception of children.

“The current situation in Israel is that we are less protected than most of the countries in the world. We need to have stricter sanctions when someone violates the privacy of a minor. We need to totally forbid anyone who offers applications or websites or to sell the private details or of children under 13 to a third party,” she said in a phone interview.

Altshuler said she has been working on crafting legislation that would offer child privacy protections similar to COPPA, and is hopeful it will gain the backing of a Knesset member who can introduce it as a bill sometime soon.

But in terms of protecting children from manipulative video games, Altshuler said that Israel has good laws on the books.

“Israel has a Consumer Protection Act that says you cannot advertise or market in a way that exploits the naivete or lack of experience of a minor, or encourage any kind of an activity which can harm the body or the physical or mental health of a minor,” she said. “You can get prison time for violating this law.”

“All those regulations are in place,” she added. “The question is more a question of enforcement.”

CrazyLabs sent The Times of Israel the following statement:

“CrazyLabs takes and has always taken its obligation to comply with applicable laws (including COPPA) very seriously. With the assistance of relevant experts, we believe we have instituted reasonable, effective, and comprehensive programs and procedures to adhere to such laws.”

“As one example, CrazyLabs works hard to provide suitable advertisements within our games. To achieve this, CrazyLabs has developed and implemented a third-party due diligence program, which consists of (among other things):

“It is worth noting that our practices for managing third-party ad networks and service providers have been vetted by independent experts and deemed sufficient for the types of apps we operate and the data we process.”

Luke Tress contributed to this report.