Israeli scientists will this week revolutionize testing protocols in a hospital lab, with a change they say can instantly quadruple the capacity of almost any coronavirus screening facility in the world.

On Wednesday or Thursday, the lab at Soroka Medical Center in Beersheba will stop checking samples individually, according to systems immunologist Prof. Tomer Hertz.

Instead, it will introduce his new method, which will see tests processed in batches, while eliminating the clunkiness that has made the so-called “pooling” of tests a relatively unattractive option until now.

“Our method is probably the only way to deliver the kind of mass testing that countries are currently aiming for in order to control outbreaks,” said Hertz, a Ben-Gurion University of the Negev professor and part of the team behind the new approach. “And it’s being used first in Israel.” 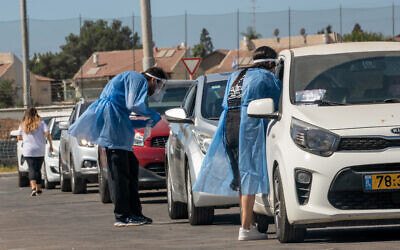 The change isn’t powered by a medical or technological innovation, but rather by some cleverly applied math. Labs will use only regular computers and widely available machines to implement the pooling, Hertz stressed.

The Health Ministry has approved the method built from this math and awarded Hertz’s new company, Poold Diagnostics, a contract to deploy it at Soroka, with the possibility of extending it to more test facilities.

The minority of labs that currently “pool” samples combine the RNA from several people and test it as if it were a single sample. Then, if a positive result is detected in the batch, each individual sample is retested to see who generated the positive result. 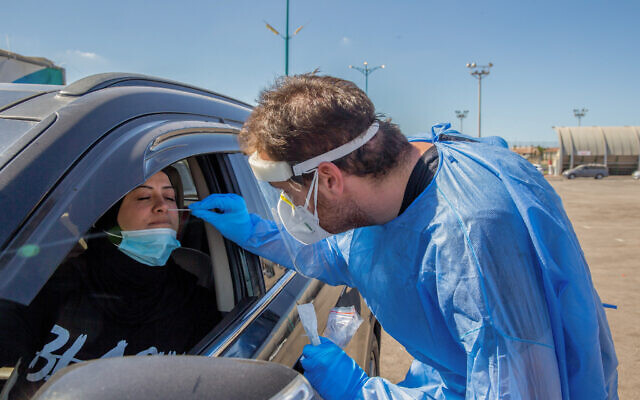 It is the brainchild of Open University computational biologist Noam Shental — or in a sense, his mother. In March she reminded him during a family lunch that a decade ago he had developed a pooled method to test sorghum, a flowering plant from the grass family, for a genetic disorder, and urged him to repurpose the research for coronavirus in humans.

Shental started thinking through the math on the drive home, and quickly got Hertz and another Ben-Gurion professor, Angel Porgador, on board to do exactly as his mother had said.

The basis of their method is that a range of “pools” is prepared in a lab at once, and RNA from each sample is added to several of them, often around nine. “What happens then is that we ‘read’ the pools,” said Hertz. “This means that we look at the pattern of which pools showed positive results, which tells us exactly who is positive.

“Unlike in regular pooled testing, there’s no need for us to reexamine samples from pools that tested positive in order to pinpoint exactly who is positive. We already know.” 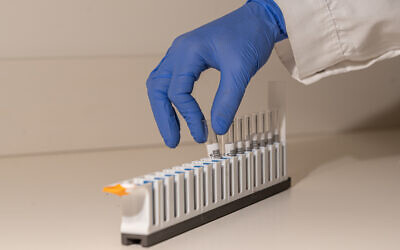 They gather this information by interpreting the precise pattern of positive results, viewed across the different pools, using a modified version of the mathematical formula that Shental developed for sorghum. They encoded the math in an algorithm that is run through a computer.

Lab workers at Soroka will continue to test exactly as they have until now, with the same size of test tubes and the same machines, Hertz said. He projects that introducing his method at Soroka’s lab will quadruple the current capacity of 2,000 samples a day with minimal increase in staffing and virtually no increase in materials required.

“Since Slovakia managed an outbreak in recent days by testing millions of people, in much of the world there is talk about the need for big testing capacity, and this method can quickly increase capacity,” said Hertz. “It also significantly reduces the cost per test carried out.” 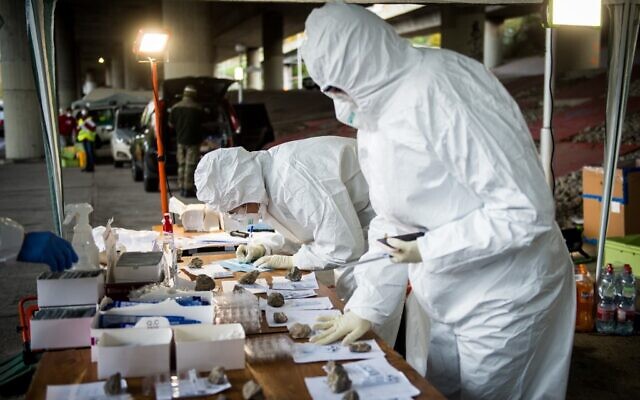 Buoyant about the method, the Poold Diagnostics team is eager to provide it internationally.

There is, however, one downside that may hold it back in countries with a strong emphasis on tracing contacts, even if contagion levels are waning.

Hertz admits that some sensitivity is lost, meaning that samples that weakly indicate the presence of the coronavirus may not show as positive.

“You’re really missing the weak positives, people who are often over the disease,” he said, adding that these are “unlikely” to be people who are still spreading. He thinks the gains from ramping up test capacity outweighs the loss of some opportunities to trace contacts, but acknowledges that some health professionals will disagree.

Hertz said it was only a few days from Shental’s lunch with his mother before the three scholars had the system figured out.

“It’s taking the math and implementing it in an applied science project, not inventing technology,” he said. “We had proof of concept after one week, which allowed us to show it’s doable, but the distance from achieving that to forming a company and getting Ministry of Health approval took many months.”