Rev. Dr. Gary Mason knows what it means to advocate for peace and reconciliation. He’s been doing it for years in Northern Ireland through his  involvement in the peace process of the 1990s, facilitating dialogue in order to end decades of conflict between Protestant unionists and loyalists, and Catholic republicans and nationalists.

But even after the 1998 Good Friday Agreement that ended most of the violence, sectarian tension didn’t completely stop.

In 2015 Mason founded Rethinking Conflict, an organization using lessons from Northern Ireland’s past to build “reconciliation at the sharper, more fractured edges of society.”

This commitment to peace and dialogue made Mason, a Belfast-based Methodist minister, the ideal candidate to host a virtual event focused on building trust among young Palestinians and Israelis who co-founded Tech2Peace, an Israeli-Palestinian nonprofit that uses technology to create dialogue and collaborations. 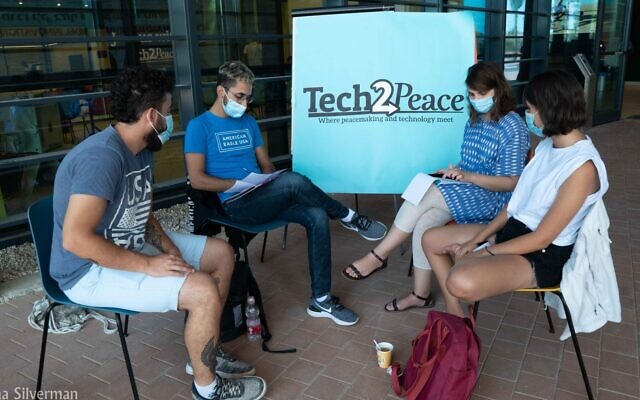 An event on October 12 brought nearly 50 young Palestinians, Israelis and Northern Irish people together for a two-hour Zoom virtual meeting that featured brief lectures from Mason about coexistence, and small breakout rooms for participants to share stories and experiences about conflict dialogue.

Mason said real trust takes place in the context of meaningful relationships, which is why it’s important for people on opposite sides of hostilities to converse with each other.

Societal cooperation had been important in moving the Northern Ireland peace process forward, he recalled, stressing that it’s crucial for people to listen, engage and collaborate with each other.

“We have to be careful about the language we use, because the wrong language can be absolutely destructive,” Mason said. “Even when we disagree, we should never verbally assassinate each other.”

He also highlighted the importance of not politicizing religion in conflict, holding politicians accountable for their actions, and encouraging collaboration with nonprofits.

The event was organized by Tech2Peace, which combines technology and entrepreneurship training, social activities and conflict dialogue to build a community for Israelis and Palestinians to not only engage in peacebuilding dialogue, but also to encourage collaborations in the region’s tech sector. 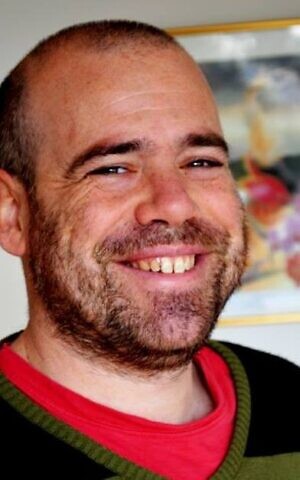 Since its inception, Tech2Peace has offered five two-week seminars, in which 15 Israelis and 15 Palestinians dive into an intensive medley of tech courses, dialogue sessions, entrepreneurship lessons and guest lectures.

Part of Tech2Peace, Rosenberg said, is amplifying the Palestinian voice and getting Israelis to understand Palestinian suffering, along with creating business opportunities.

By organizing a Zoom event for young Israelis, Palestinians and Northern Irish people, the trio hoped Mason would facilitate conversations about building trust amid conflict, by referencing lessons from the Northern Ireland reconciliation process.

“It’s important sometimes to bring some external values to our participants. It was very important to bring, first of all, a different experience — and maybe a successful one — in a way,” Bandak said. 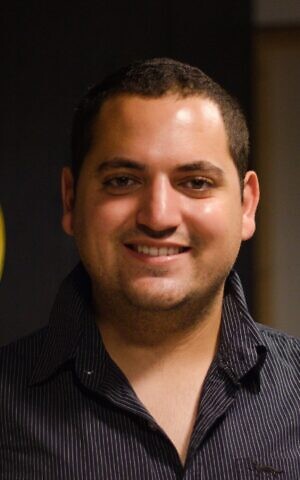 Rosenberg said he hoped that hearing the Northern Ireland experience would give Israelis and Palestinians the feeling they are they are not alone and that their problems exist in other parts of the world.

“We have a relationship problem — Israelis and Palestinians — so the best thing for us is to see that other people are maybe more advanced at solving it, but they still have this problem,” Rosenberg said. “I think it’s good for us, and it’s good for the Northern Irish to see that there are other people — that we understand each other.”

The co-founders said that one important aspect of the Tech2Peace community was the setting up of events for the alumni of its two-week tech seminars. Mason said he’s hopeful that when coronavirus travel restrictions settle down, cohorts of young Palestinians and Israelis will be able to come to Northern Ireland, and vice versa, to be able to learn more about the culture.

The co-founders of Tech2Peace said they were pleased with how the event played out, but acknowledged that there is more work to be done in building dialogue among Israelis and Palestinians.

“This is a sobering reality we have to get used to, and I think these kinds of events kind of show us the roadmap of what can be done — but also to be realistic,” Rosenberg said. “We can’t fix everything in one day.”