The government’s coronavirus aid package is around half the size of that being offered by other developed countries with similar economic characteristics, according to research released Tuesday.

Israel is preparing to spend 5.5 percent of its gross domestic product, which puts it fifth from the bottom out of 17 countries analyzed, above Italy, Japan, Holland and Greece.

The analysis was carried out by Dr. Aamer Abu-Qarn and Emeritus Professor Arie Arnon of Ben-Gurion University of the Negev and Dr. Arie Krampf of the Academic College of Tel Aviv-Yaffo’s School for Government and Society.

According to the study, Sweden and Belgium are offering more than double what Israel is, despite having similarly sized economies to the Jewish state.

Israel comes out below par when compared with other countries with similar debt, and also if factors such as population size and scope of international trade are taken into account. 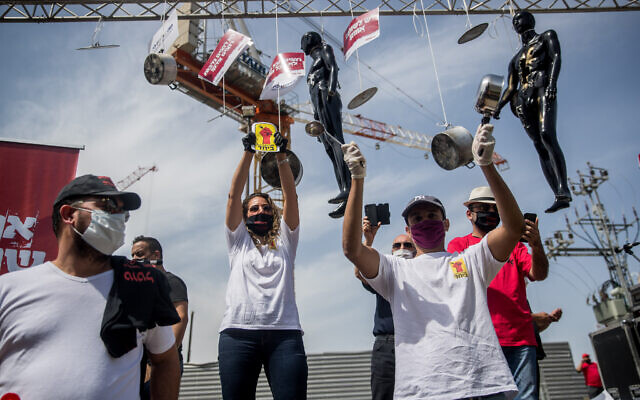 Self-employed workers participate in a rally calling for financial support from the government outside the Knesset in Jerusalem, on April 19, 2020. (Yonatan Sindel/Flash90)

The country only does well when budgetary allocations, as opposed to loans, are compared. Of the 5.5% of GDP Israel plans to allocate, 3.4% is expected to come out of government budgets as grants and other forms of assistance that do not need to be reimbursed. In this respect, the research shows that Israel comes 9th out of 17 nations.

“Our conclusion is that Israel’s aid package is very small compared to countries with similar economic characteristics, ” the study concludes. “If Israel is interested in being counted among developed nations with similar economic profiles, it must offer an aid package equal to around 10% of its GDP — in other words almost double the existing one.”

The authors took statistics mainly from the International Monetary Fund’s Covid-19 Policy Tracker and from the Organisation for Economic Co-operation and Development. The study was uploaded Tuesday to “Teams of Experts,” a Hebrew and Arabic language website, not affiliated with any institution, where academics can post research related to socioeconomic aspects of the coronavirus.

Research carried out for the crowd-funded Lobby99 has meanwhile revealed other differences when it comes to the way developed nations are planning to provide aid. 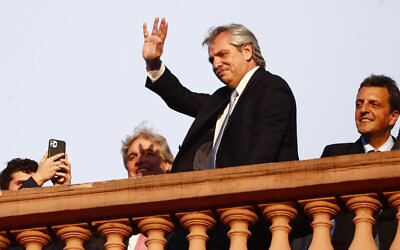 The most unusual approach among the countries surveyed is being taken by Argentina. Rather than increasing the deficit to fund assistance, the Latin American country is advancing legislation to take a one-off aum of approximately $2.5 billion from the 200 richest individuals and the 200 companies with the highest income to provide emergency aid to around eight million families and help fund transportation and health costs.

In the US, officials are considering legislation to limit salary raises as well as expenditure on lobbying. 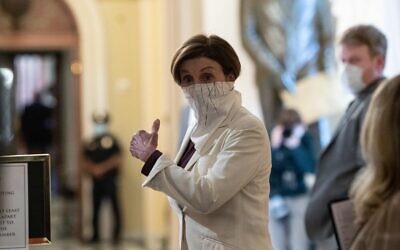 US House Speaker Nancy Pelosi walks to the chamber of the US House of Representatives start of a vote on the additional 484 billion dollar relief package amid the coronavirus pandemic at the US Capitol in Washington, DC, on April 23, 2020. (NICHOLAS KAMM / AFP)

Nancy Pelosi, the Democrat speaker of the US House of Representatives, is reportedly trying to advance legislation to stop companies getting aid from using commercial lobbying companies, awarding bonuses to senior staff, or acquiring shares or distributing dividends until the loans have been repaid.

Mitch McConnell, the Republicans’ Senate majority leader, is proposing something more modest, the research found — a bill that would prohibit salary raises for company executives earning more than $425,000 a year, for a period of two years.

The US government is also looking at taking part ownership of companies, such as airlines, that receive help. Similar discussions are being held in Germany, with regard to companies such as Lufthansa. 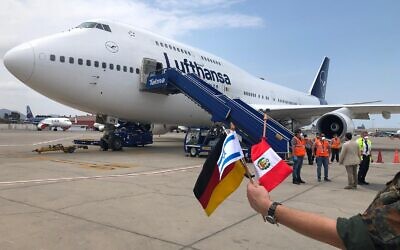 A Lufthansa plan preparing to bring German and Israeli tourists from Lima to Frankfurt, March 26, 2020 (courtesy Israeli Embassy in Peru)

In France, as in Denmark, no assistance will be given to companies registered in tax havens and recipients of aid will also be expected neither to buy shares not to distribute dividends.

In New Zealand, aid is to be tied to retaining workers full or part time.

In Israel, only basic details have been released as the Finance Ministry continues to work on details of the package’s various elements.

On Monday, an Israeli called Moshe Nadler submitted a 50,000-signature petition to the Knesset asking lawmakers to “show leadership” and take salary cuts for six months.

“The people we elected are calling on everyone to help ‘carry the stretcher,’ but they’re not offering their shoulders or helping to carry it,” said Nadler, who organized his petition through the nonprofit organization Zazim.

“In recent days, I sent emails to the Knesset chairman, the faction heads and even to the president. I did not get any serious response, so I came right to the Knesset with the signatures.” 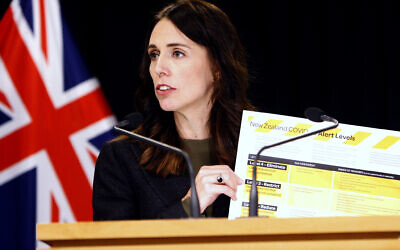 CNN reported in mid-April that New Zealand’s Prime Minister Jacinda Ardern and her cabinet were to take a 20% pay cut for the coming six months to show leadership.

Pay cuts for politicians have also been reported in India, Singapore, and Malawi.