OurCrowd, a Jerusalem-based crowdfunding venture capital firm, said on Tuesday it has signed an accord with Dubai-based Phoenix Capital LLC, a business development company, to collaborate to increase business and tech ties between Israel and the United Arab Emirates.

This is the first announced alliance between a UAE corporation and a major Israeli venture investment firm, OurCrowd said in a statement.

Founded by Jonathan Medved, OurCrowd has $1.5 billion of committed funding from investors and has a portfolio of 220 startups in which its funds have invested. Phoenix, headed by Abdullah Saeed Al Naboodah, the chairman of Al Naboodah Investments LLC and part of the Saeed & Mohammed Al Naboodah Group, will serve individuals and family offices located in the Gulf that seek to invest in the Israeli tech ecosystem.

As part of the collaboration, OurCrowd will identify and support UAE-based startups that are seeking to grow and develop in Israel, and boost business collaborations between its portfolio startups and UAE startups, the statement said. 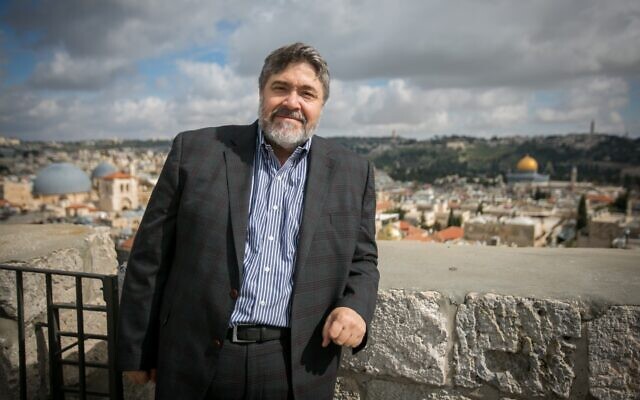 OurCrowd CEO and founder Jon Medved in Jerusalem in 2019 (Courtesy)

OurCrowd also said it has appointed Sabah al-Binali, an Emirati investor and executive, as a venture partner to head its newly formed Gulf region activities.

Phoenix will enable investors to access OurCrowd’s tech investment options in a variety of fields, including agritech, edtech, healthtech, artificial intelligence and robotics. The Dubai-based firm will introduce OurCrowd to Gulf-based startups that are looking to raise funds via OurCrowd’s platform, and will help Israeli-based startups find potential partners in the Gulf region, the statement said.

This is a first step to establish impactful business relationships” with UAE partners, said Josh Wolff, OurCrowd’s chief operating officer, in a phone interview. “It is about building bridges between our ecosystems and valuable relationships for Israeli startups and UAE corporations.”

He added that the partnership with Phoenix will be among several strategic alliances OurCrowd hopes to forge in the Gulf region.

“Israel is a global gateway for technology,” he said, while the UAE is a leader in global distribution center and a hub into global markets. “The governments of Abu Dhabi and Dubai have done a great job of building the infrastructure for foreign direct investment and created a compelling landing pad for entrepreneurs to expand operations locally in the UAE.”

Founded in 1958 by two brothers, the Saeed & Mohammed Al Naboodah Group employs around 10,000 people and is active in a variety of fields including civil engineering and construction, automotive, transportation, travel, electrical, logistics, agriculture, smart cities, real estate and renewable energy sectors. its chairman, Saeed Al Naboodah, is in charge of managing the group’s subsidiary companies and investment allocation in global funds across the UAE, Saudi Arabia, Oman, Egypt, the UK, and the US.

“Phoenix will be a bridge, a two-way conduit for both Israeli and UAE investors, as well as startups seeking strategic, business and investment partners in these powerhouse tech nations,” said Al Naboodah in the statement. “This first of its kind major alliance will pave the way for the rapid expansion of business between our two countries.”

The memorandum of understanding signed between OurCrowd and Phoenix was forged after Israel and the UAE last month signed the Abraham Accords, which normalized relations and established diplomatic ties between the sides.

The signing of OurCrowd’s first MOU in the UAE less than a month after formal normalization between the UAE and Israel shows “our deep commitment to building relationships, and growing business in the UAE and beyond,” OurCrowd’s founder and CEO Jon Medved said in the statement. He added that OurCrowd would “look to support” the expansion of its 220 portfolio companies into the UAE. 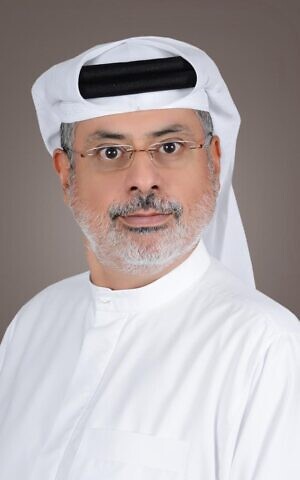 Sabah al-Binali, OurCrowd’s new partner for Gulf region activities, said in a phone interview that his role will be to get investment funding for OurCrowd, get partnerships for its portfolio startups
and find investment opportunities for OurCrowd in the UAE and Baharain.

The idea is to help Israeli startups generate not only sales in the region but more importantly set up R&D sites in the UAE, and benefit from the fact that there are no corporate taxes imposed on firms there, which helps boost profitability, he said.

Israel and the UAE have many things in common, al-Binali said. They have a similar sized population and the UAE is just a three-hour flight away from Tel Aviv, he said. The infrastructure in the UAE is “world class,” he added, and the region is close to India, a tech hub, and has close connections to China. “We are a true melting pot here,” he said. “With this normalization, Israel can become part of that melting pot.”

Al-Binali is a financial services professional and an entrepreneur with a track record of financing, building and exiting companies in the Middle East and North Africa region. He was instrumental in facilitating the sale to Credit Suisse of a Saudi investment bank and the acquisition of the Zawya news agency by Thomson Reuters.

Al-Binali received his PhD from Columbia University and his BSE from Princeton University.