The union leadership at struggling national carrier El Al has reportedly been suspended by the state’s Histadrut labor federation after a meeting ended with overturned chairs and spilled coffee.

Video published by Hebrew media outlets showed some chairs knocked over and coffee spilled on a desk.  Channel 12 news said the meeting had been between the union leaders, the Histadrut, and airline management.

However, according to Ynet, the union leaders busted into a meeting between pilots and the Histadrut and confronted them in an effort to blow up the talks, knocking over drinks and throwing chairs.

The union representatives for the airline were subsequently suspended from the Histadrut, reports said.

Tensions at the airline have been high after it slashed its workforce by some 90 percent and dipped into pension accounts to stay afloat amid the coronavirus crisis. The airline is seeking a government bailout to save it from insolvency and collapse.

In a statement quoted by Ynet, labor leaders said half of the airline’s pilots have been rehired and more of them may be headed back, while almost all other workers remain laid off. The union accused the pilots and the Histadrut of “bullying behavior.”

Earlier this month, El Al warned it was in danger of collapse if bailout negotiations with the government fail, at the same time reporting a loss in the fourth quarter of 2019.

The national carrier said it lost $31.5 million in the final part of 2019, compared to a loss of $31.6 million for the same period a year earlier.

International air travel has been wiped out worldwide in the wake of the coronavirus pandemic. A late-April report from the International Air Transport Association announced an 80 percent reduction, and predicted over $300 billion in losses for the airline sector, due to the crisis.

Israel currently only allows citizens and residents to enter the country, and they must undergo a two-week period of quarantine upon their return to the country. Only a handful of flights enter or leave the country daily. 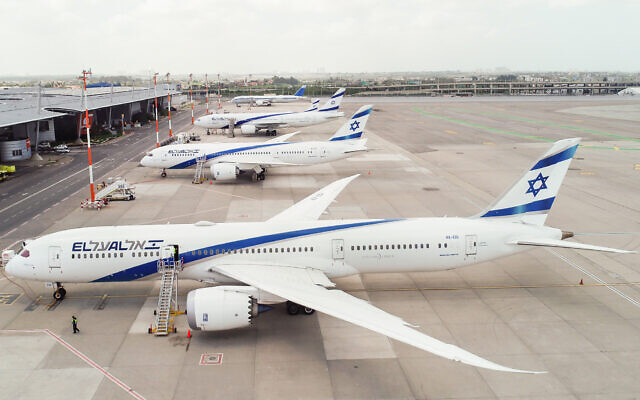 Previous finance minister Moshe Kahlon, who was replaced last week by Likud’s Israel Katz with the swearing-in of the new government, offered the battered airline a lifeline via a $400 million state-backed loan guarantee on condition it agrees to raft of extensive reforms.

But the loan was conditioned on El Al’s owners injecting NIS 100 million ($28.5 million) into the company and carrying out further restructuring to reduce annual costs by at least $50 million. The airline was also required to repay the government if its value rises after the crisis.

The government offer was criticized by El Al. It’s unclear whether the airline will accept.

The offer from the Finance Ministry came after a court gave El Al the go-ahead to pull NIS 105 million ($30 million) from its employee pension and compensation fund in order to help cover its costs and avoid collapse. The court ruled that the amount was not owed to employees, and could therefore be used in the company’s current emergency.