A dispute between a founder of an Israeli medical device startup and a lead investor brings to light the sometimes fraught power balance that can develop between venture capitalists and entrepreneurs when the latter give up part of their control for financial backing from investors.

The friction, and possible looming litigation, arose between shareholders of MobileODT, including its founder and ousted CEO Ariel Beery, and veteran healthcare VC fund OrbiMed, which manages some $13 billion across public and private companies around the globe, according to its website.

In an exchange of letters seen by The Times of Israel, the lawyers for early shareholders and Beery are threatening to go to court, claiming that OrbiMed is trying to pull out of a signed investment agreement with the Israeli startup, and that the VC fund’s representatives on the board of MobileODT acted in the interests of the VC fund they represent rather than in the company’s interests.

“I’m just astounded that this is happening when the company had remarkable recent achievements,” said Beery in an interview. Among the achievements, he said, are European regulatory approval for the firm’s artificial intelligence-based product in January, over $5 million of grants in the next two years from the US National Institutes of Health (NIH), and an “inbound inquiry from potential acquirers. It is hard for me to understand.” 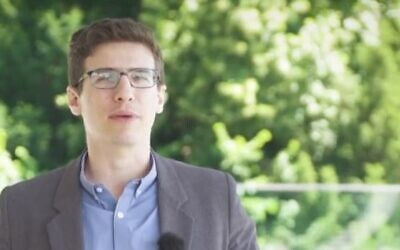 MobileODT was set up in 2012 by Beery and Dr. David Levitz. The startup aims to detect cervical cancer more accurately and inexpensively than the standard colposcopy method by using smartphones and artificial intelligence-based software.

The technology has received approval from the US Food and Drug Administration (FDA) and CE European certification. The firm has also raised a total of $22 million, and $8 million in grants, including from the NIH.

Last year the firm sold its products for $2.4 million in the US and elsewhere, including India, Latin America and Africa, according to data provided by the firm.

OrbiMed started its activities in Israel in 2010 with the establishment of the OrbiMed Israel Partners fund, which closed at $222 million in 2011. In 2016 it launched a second $307 million fund for Israeli med-tech investments. 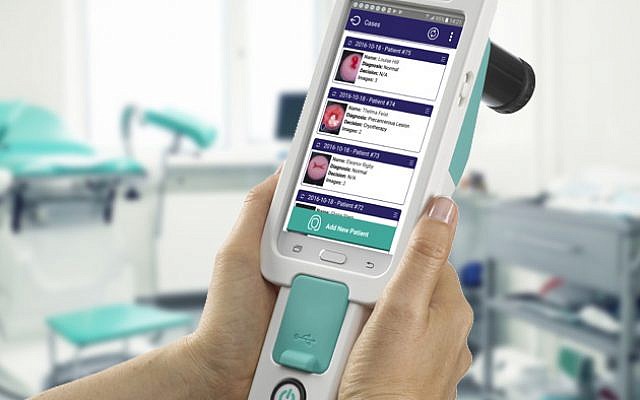 Israeli startup MobileODT has created the Eva System, which uses an Automated Visual Evaluation (AVE) algorithm, which has proved to be more reliable than a human expert when conducting a colposcopy in identifying abnormal tissue that points to a possible future development of cervical cancer (Courtesy)

The VC fund first invested in MobileODT in 2017, injecting $5.3 million into the startup for a 20% stake. Then, in November 2019, it entered a share purchase agreement (SPA) according to which, as lead investor, it would invest some $9 million into the startup in two tranches, in November 2019 and July 2020, according to a MobileODT valuation of $38 million.

As part of this SPA, OrbiMed and the new investors managed to get the majority of seats on the board, and added Leon Boston to the management team as chief operating officer. According to Beery, Boston was given daily budgetary discretion and direct management of employees in January 2020. Then, in April, Beery was dismissed by the firm, but stayed on as a board member.

Boston had no previous acquaintance with the company’s product and its technology, and the decision caused “severe damage to the company,” the Sahai, Harel & Co. law firm, representing Beery and early investors in the startup, wrote in letters to OrbiMed and Jonathan Fleming, the chairman of MobileODT’s board. The appointment, the attorneys said, caused the firm’s operations to become “incoherent and un-orchestrated during one of its most challenging periods.”

Then, during an April 13 board meeting held by phone, OrbiMed and investors from the November SPA notified the chairman of MobileODT that they were unwilling to undertake the investment in the firm, and the board decided to shut down company activities and put its employees on unpaid leave.

Because of these steps, Sahai, Harel & Co. said, the company was now insolvent, just a few months after it was valued at almost $38 million in November.

Moreover, the conditions of the SPA for an investment were unconditional and not contingent on any operational milestone conditions that needed to be met by the startup, they wrote.

The attorneys also wrote that the board had not tried to compel the new investors to fulfill their obligations, but instead had proposed an alternative investment round, a so-called “down round” that now values the firm at just $1 million.

The newly initiated investment round — defined as a pay-to-play round —  aggressively dilutes the stakes of shareholders that are not part of the round, while increasing OrbiMed’s holdings in the company by “undervaluing, or worse — intentionally devaluating,” the firm’s share capital, the lawyers wrote.

OrbiMed’s refusal to execute the investment, and the pay-to-play round proposed by the MobileODT board that it controls, constitute a “breach of OrbiMed’s undertakings” as part of the November agreement; constitute an “unfair prejudice” against minority shareholders according to Israel’s companies law; and constitute a breach of OrbiMed’s duty to act in good faith toward the firm and its shareholders. The board members appointed by the VC firm were also in breach of fiduciary duties toward the company, they wrote.

OrbiMed’s actions are “blunt prejudice” against the minority shareholders and founders, a person familiar with the matter told The Times of Israel. “It is like a hostile takeover. They are taking over the company at the expense of investors from previous financing rounds.”

Not many entrepreneurs have the courage to speak out against the often aggressive tactics VC funds use to maximize their interests, the person said, which makes this case relevant for the entire industry.

“It is an example of an aggressive VC — OrbiMed — which is trying to take advantage of a certain situation of a company in which it invested,” the person said.

What OrbiMed is allegedly doing, said a player in Israel’s VC industry who is not directly involved in the case but knows some details of the SPA agreement, is not only offering to undertake a “down round” but also backing out of a commitment that was in essence unconditional. Down rounds are sometimes done, the player explained, but they are pretty rare in the industry and certainly not at such a steep devaluation from the previous round.

They are basically allegedly “wiping out all the investor base — and the founders,” the player said.

The affair also highlights the conflict of interest that can exist among board members who have to balance their loyalty to the VC funds that appointed them with their fiduciary duty to serve the best interests of the company, the VC player said.

The question of whom board members owe their allegiance to is a “constant issue” in the relationships of startups with their investors, the VC industry player said. Shareholders always try to maximize the value of their investment, whereas board members, even those appointed by investors, have a fiduciary duty to do what is right for the company.

“You always have the issue of investor board members thinking at the back of their minds about how they should maximize the return for the investor. But the important thing for them is to do what is good for the company. And in this case they are allegedly not doing that. And that is a big thing.”

In a letter dated May 1, the law firm Sahai, Harel & Co requested OrbiMed to confirm in writing within five days that it will abide by its commitments or else the minority shareholders will have no choice but to “take the necessary legal actions” to “protect and preserve” the company’s legal rights.

Meanwhile, the attorneys for MobileODT at Barnea Jaffa Lande & Co. have in turn sent a “warning letter” to Beery’s lawyers at Sahai, Harel & Co, saying that Beery, a member of the board, “has been exploiting his position” there and is “engaged in a campaign of turning the shareholders of the company” against the company’s management and board, and is in flagrant breach of his duties to the company.

The letter further accuses Beery of making defamatory and false remarks about members of the board.

The lawyers have threatened Beery with legal action in Israel and the US should he refuse to immediately cease and desist from taking any action that may expose company information to third parties.

In a letter, OrbiMed Israel’s attorneys, FBC & Co., wrote that their client will comply with all obligations if and when they become due, “subject to any conditions precedent to such obligations. Our clients, in any case, reject all statements and accusations made in your letter.”