The 570 biggest factories in Israel cost the state NIS 13 billion ($3.9 billion) in damage to public health and the environment last year, according to the latest annual report on polluting and global warming gas emissions published by the Environmental Protection Ministry on Monday.

Although this is the eighth annual report of its kind, it is the first one to gauge the external, or indirect, costs of these emissions according to criteria set by the Organization for Economic Co-operation and Development (OECD). These costs include, for example, providing hospital treatment to people with pollution-related diseases, or cleaning up a river that has been contaminated by industrial waste.

The report’s findings are based on data provided by the big companies themselves  in the fields of energy, chemicals, metals, food and beverages, waste and wastewater treatment and intensive animal farming.

The NIS 13 billion that they cost the country accounted for 73% of the total indirect costs imposed on Israeli taxpayers by the operations of all businesses in the relevant fields. 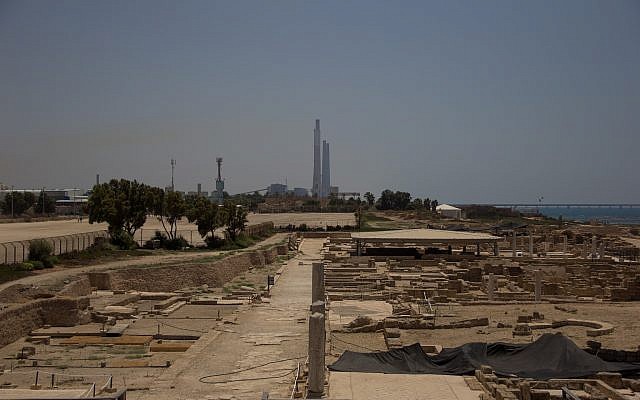 The worst offender was the Orot Rabin power station in Hadera, on Israel’s northern coast, which cost the country NIS 3.7 ($1.1) billion in external costs. It still partially uses coal and has not upgraded its technology to substantially cut its emissions.

Orot Rabin was followed by the Rutenberg power station in Ashkelon, on the southern coast, whose external costs were calculated to be NIS 1.65 billion ($500 million). 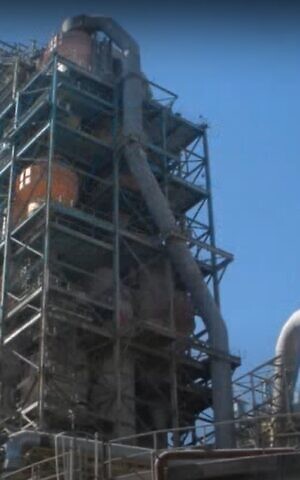 Part of the Nesher cement plant in central Israel. (Screenshot)

The Bazan Oil Refineries in Haifa Bay in northern Israel, a popular public punching bag when it comes to air pollution, came in ninth, with external costs of NIS 349 million ($105 million).

Among the ten businesses which the report pats on the back for cutting  external costs is the Texas-based oil and gas exploration company, Noble Energy, which took second place.

Noble Energy’s Tamar natural gas rig was forced to install technology that absorbs emissions into the system rather than pushing them out into the air.

That followed shock revelations in 2017 that the rig’s emissions of substances known or suspected to be carcinogenic equaled the total of such emissions from 570 large industrial plants across the country, including the maligned Haifa oil refineries. 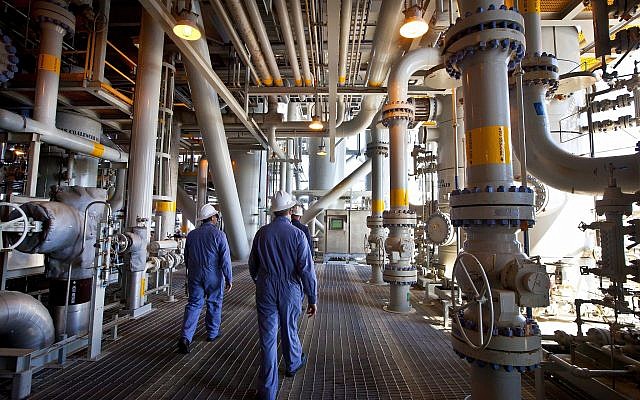 The rig’s new technology has lead to a 61% drop in the platform’s emissions of possibly carcinogenic substances and a reduction in the cost of indirect damages from NIS 37.5 million ($11 million) to NIS 14.4 million ($4.3 million), the report says.

Across the 570 factories, nitrous oxides are down by 11% — largely because of Israel’s gradual move from coal to natural gas. Coal is set to be phased out totally by 2030, to be replaced by gas, producing 70% of the country’s electricity, and renewables — mainly solar fields — providing the other 30%.

But on a per capita basis, nitrous oxide emissions are still twice what they are in developed countries. Notable is the lack of change since 2012 in the quantities of nitrous oxides being emitted by the Nesher cement factory.

Nitrous oxides belong to a subgroup of nitrogen oxides, better known as laughing gas, which contribute to acid rain and global warming, help cause or worsen respiratory diseases such as emphysema and bronchitis and — when mixed with volatile organic compounds during periods of sunlight — form smog, which can damage the lungs of children, asthma sufferers and people who work outside. 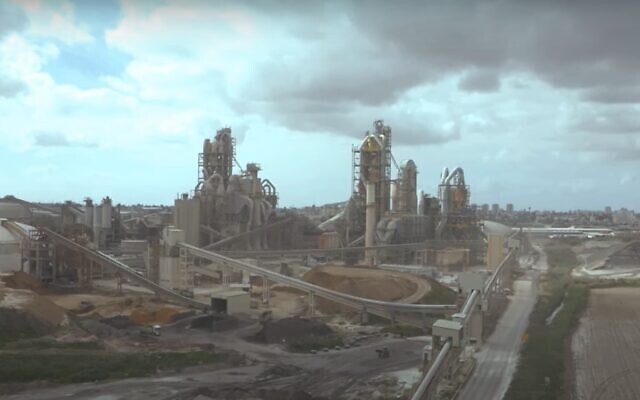 The Nesher cement plant near Ramle in central Israel. (Screenshot)

Earlier this year, the Environment Ministry approved a revised emissions permit for Nesher, despite warnings by local residents and environmental activists that this will see the factory pumping even greater amounts of harmful chemicals into air.

Sulphur dioxides, exposure to which irritates the respiratory system, dipped by 28%, while volatile organic compounds excluding methane but including carcinogenic benzenes were down by a third.

Global warming gases were up by 2%, the report says, but this only takes carbon dioxide emissions into account. On a per capita basis, Israelis were exposed to 54 tons of carbon dioxide last year.

On the other hand, the ministry finds that emissions of methane dropped by nine percent between 2018 and 2019 as a result of the technical upgrades to the Tamar gas rig and improvements at wastewater treatment plants. Figures on methane discharge at the Leviathan gas platform, which began commercial operation in January, do not need to be presented until next year.

The global warming potential over 20 years of methane — the main element in natural gas — is 84 times that of carbon dioxide, according to the United Nations Intergovernmental Panel on Climate Change.

Earlier this year, the non-profit organization Adam Teva V’Din tried to estimate how much methane is released, not only from the chimneys, but from along the entire chain of production and distribution of Israel’s Tamar and Leviathan gas wells, up to its arrival at gas-fired power stations.

To date, the only information that Israel collects on natural gas-related methane emissions is what the Tamar and now-closed Mari-B rigs reported to the Environmental Protection Ministry.

Arie Vanger, responsible at the organization for air-related issues, calculated that as Israel moves from coal and oil to natural gas over the next few years, total greenhouse gas emissions will actually increase by an annual net average of 6.4 million tons, equivalent to 8% per year.