Netafim, the Israel-based pioneer of drip irrigation systems, said that it has received an $85 million “mega deal” to provide advanced systems to 35,000 farmers in India.

The deal is part of the community irrigation projects the kibbutz-based firm has undertaken in the second most populous country in the world.

The new deal includes three large projects that involve the construction of irrigation systems for 66 villages, 35,000 farmers on 50,000 hectares area (123,500 acres) in the state of Karnataka in India. The projects will be deployed over a period of two years and will include technical and agronomic support for a further five years, Netafim said in a statement.

These new projects are an extension of the Ramthal community irrigation project in the state of Karnataka, which Netafim completed in 2017, and an additional four projects in Karnataka and Andhra Pradesh, which Netafim got in 2018 and which are now being implemented. 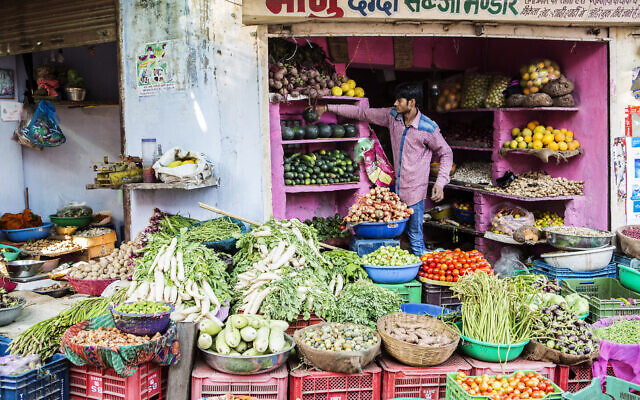 Illustrative. An unidentified vegetable seller in a town market in Pushkar, Rajasthan, India on November 20, 2015. (prabhjits, iStock by Getty Images/File)

Community irrigation methods provide a unique solution for small scale farmers.  Creating these communities make it economically feasible to carry out large-scale infrastructure projects, as it binds together a number of farmers and provides them with the advanced infrastructure and technologies needed, even as each farmer benefits from the system that best suits their needs. Without this collaboration, the individual farmer would not possess the knowledge or financial resources to create their own effective irrigation system, Netafim said in a statement on Monday.

For these community projects Netafim works closely both with the government of the state of Karnataka and local farmers, and also with the Indian infrastructure company, Megha Engineering & Infrastructures Ltd. (MEIL).

As part of the $80 million project, Netafim will also train the farmers to operate the advanced systems to grow a wide range of crops, including onions, chili peppers, corn, peanuts, beans, sunflowers.

The support and mentorship provided by Netafim for several years guarantees the success of the project, the statement said, as it ensures that at the end of the project farmers are able to operate the systems, making the investment worthwhile.

“The uniqueness of these projects is in their community model, which along with local government involvement enables a huge number of farmers and villages to improve their livelihoods,” said the president and CEO of Netafim, Gaby Miodownik in the statement. “As part of its strategy to overcome the economic crisis, the government of India, realizing the importance of local food production, is investing substantial sums in agricultural projects”

Netafim intends to expand the community irrigation project model to other countries that are also characterized by a large number of small farmers, Miodownik said.

The scope of the community irrigation projects won by Netafim to date involves 202 villages in India and over 97,000 farmers over 100,000 hectares (247,105 acres) area. The transition to precision irrigation is expected to double the agricultural output of the project areas, improve the quality of produce and save about 40 percent in water and fertilizer consumption, the statement said. 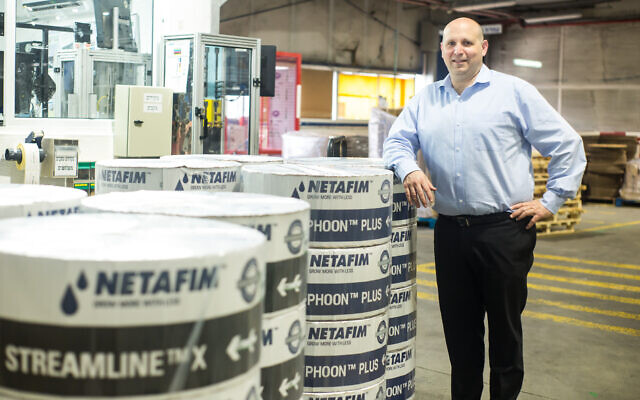 Founded in 1965, Netafim pioneered the drip-irrigation revolution, creating a shift toward precision irrigation. Today, the company specializes in end-to-end solutions from the water source to the plant root, and offers a variety of irrigation and greenhouse projects, and is one of the world’s largest irrigation companies.

The firm has 33 subsidiaries and 17 manufacturing plants worldwide, that offer tailor-made irrigation and fertigation solutions to millions of farmers from smallholders to large-scale agricultural producers, in over 110 countries.

Netafim has also developed digital farming solutions, through the integration of real-time monitoring, analysis, and automated controls into one system.

Orbia is a manufacturer of specialty products and solutions across multiple sectors of industry and commerce, from agriculture and infrastructure to telecommunications, healthcare.