Israeli startup Nucleai, which uses computer vision and machine learning to study the characteristics of tumors to help drug companies predict who will react to medication, said it has raised $6.5 million from investors including Swiss biopharma firm Debiopharm.

The $3.5 million investment from Debiopharm marks the first time the Swiss firm, which specializes in drug development, manufacturing and digital health, is investing in an Israeli company, Nucleai’s CEO Avi Veidman said. Existing investors Vertex Ventures and Grove Ventures also participated in the round, the company said.

The Tel Aviv-based startup, co-founded in 2017 by Veidman, a graduate of an elite technological unit of the Israeli Military Intelligence corps specializing in computer vision, originally set out to use computer vision and artificial intelligence to help pathologists process and analyze biopsies for cancer more accurately and quickly.

The startup has now set its sights on a “much broader problem” — helping pharma companies predict patients’ response to cancer immunotherapy drugs they are developing, Veidman said. 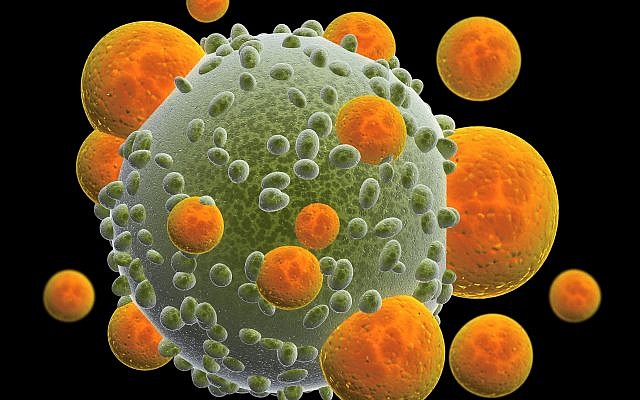 Nucleai has developed software that uses computer vision, algorithms and artificial intelligence to scan biopsies and cancer cells. The software then processes the information — comparing it to thousands of other scans it has been fed previously — to study to characteristics of both the tumor and the patient’s immune cells.

“The software sees where the cancer is, what its features are and where the immune cells are — if they are inside the cancer cells or not,” explained Veidman, who says the software works just as image analysts do when they interpret satellite images, looking for missiles or other concealed objects.

“Our software can help drug companies understand which patients should be part of their clinical trial,” he said. “The battle between the tumor and the immune cells is clearly visible by inspecting the pathology slide, just like a satellite image of a battlefield. Our AI platform analyzes the hundreds of thousands of cells in a slide, examines the interplay between the tumor and the immune system and matches the right patient to the right drug based on these characteristics.”

Nucleai has already been selling its software to drug manufacturers, said Veidman, and the newly raised funds will help the startup fine-tune its software and expand its sales, with the help of Debiopharm’s 40 years of pharmaceutical expertise.

Joining forces with the Israeli startup will help Debiopharm “develop and further understand the extent to which AI can help pathologists and oncologists become more precise in both diagnosis and prediction,” said Tanja Dowe, CEO of Debiopharm Innovation Fund. “We recognize the huge impact that Nucleai’s AI-powered platform, could have on clinical research for pharmaceutical treatments.”