The joining of forces between US gaming and computer graphics giant Nvidia Corp. and Israel’s Mellanox Technologies Ltd. is giving the two firms the opportunity to “double down” and accelerate innovation and technology in the fields of data centers, cloud computing and artificial intelligence, Jensen Huang, founder and CEO of Nvidia, said in a videoconference call on Monday.

The firm said Monday it had completed a $7 billion acquisition of Mellanox, announced in March last year.

Mellanox, with headquarters in Yokne’am, Israel, and Sunnyvale, California, is a maker of high-speed servers and storage switching solutions that allow massive amounts of data to move within and between computers. The products developed by the firm, a pioneer in InfiniBand and Ethernet technologies, are used in supercomputers globally. The firm will continue to operate as a separate entity within Nvidia, Huang said in March last year.

“We just love this company,” Huang said of Mellanox on Monday. “It is a company that has been built with great care, it has world-class technology, amazing people. It has a strategic position in data centers that is second to none.” 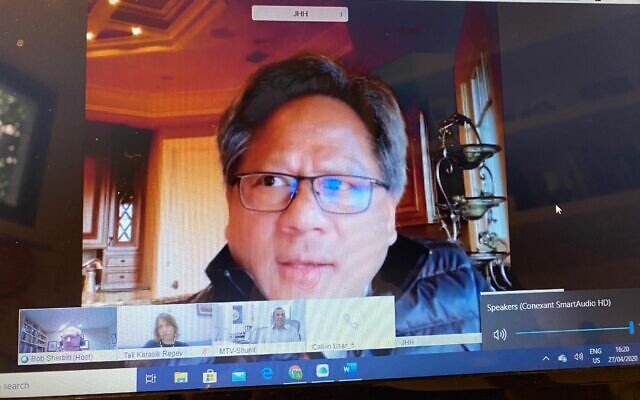 Mellanox also has “one additional incredible benefit, which is the natural resources of Israel,” Huang added. “It is the home of incredible entrepreneurs, spirited people, really hard-working, incredible technology and a culture that I really resonate with which is direct, practical, impatient and it is a culture that I thought would make a perfect fit for our company.”

Israel is now one of Nvidia’s most important and largest tech centers in the world, Huang said, and the firm plans to continue to invest in the country, where the acquisition of Mellanox gives it a “very large footprint.”

Nvidia has been active in Israel for the past 10 years, selling its processors, buying stakes in startups and setting up an R&D unit.

The Mellanox deal is Nvidia’s biggest acquisition to date, and one of Israel’s biggest ever tech deals. 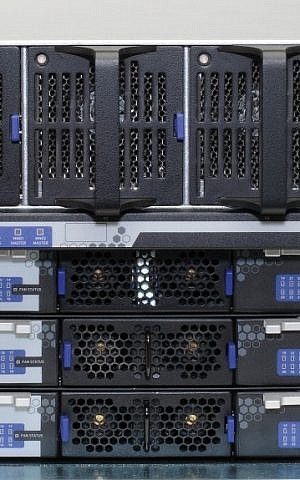 Huang said that the coronavirus pandemic, which is causing a global economic crisis, will not change the firm’s strategy in the long term.

The coronavirus has created both advantages and drawbacks for Nvidia, Huang said, speaking from his home in Palo Alto.

Because more people are staying at home, the number of people playing games has skyrocketed, he said, “and that has been good for us.” More people are buying laptops to work at home and people are using the cloud more, so the data center business “is really booming,” Huang added. But other parts of its businesses have been affected negatively, such as supplying processors for the automotive and industrial sectors — which are, however, smaller business areas for the US firm.

“Overall, we will see how it goes,” Huang said. “You can never be complacent and take lightly circumstances we are experiencing around the world. There is hardship for people everywhere and so we have to be mindful.”

The long-term focus of the firm is clear, he said, and the firm will not be deterred “from investing to advance the future.”

“The virus is going to change the world, but it doesn’t change our vision,” Huang said. “We are focused on advancing computing and data centers and AI. These core technologies are foundational to the future and coronavirus doesn’t change that. 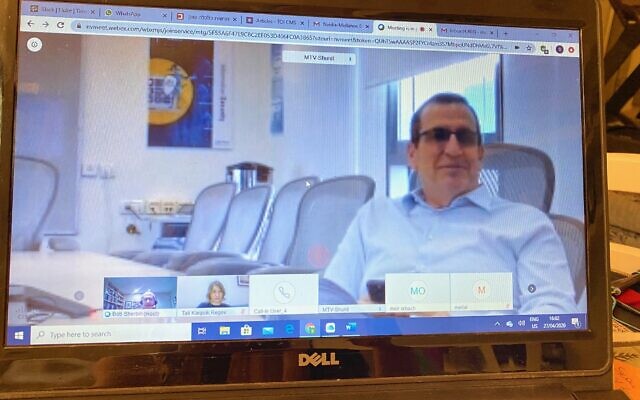 Both firms have said they will not be laying off workers or putting them on unpaid leave because of the economic crisis caused by the coronavirus pandemic, Eyal Waldman, the founder and CEO of Mellanox said in the videoconference, speaking from Tel Aviv. “The coronavirus hasn’t impacted our hiring plans,” he said.

Mellanox has grown its headcount 10-15 percent in the past year, he said. “We expect to continue this growth going forward, as part of Nvidia.”

Waldman, who founded Mellanox in 1999, said that he plans to stay on at Nvidia for “some period of time” to make sure the integration of the two companies is successful, and to see that the growth of both companies “is guaranteed, and going as planned.”