The coronavirus pandemic has caused an increased number of Arab students to consider quitting or pausing their academic studies due to financial stress, along with a lack of computers and poor internet infrastructure making online classes challenging, a report by the Israel Democracy Institute shows.

The survey was conducted in June by Dr. Nasreen Hadad Haj-Yahya of the Israel Democracy Institute and Dr. Marian Tahacho and Hanin Matar of the Aharon Institute for Economic Policy at the Interdisciplinary Center in Herzliya. The survey examined the impact of the virus on Arab and Jewish students in Israel, and was conducted via social media platforms among a sample of 675 students in colleges and universities.

Based on the results of the study, the authors recommended increasing scholarships and financial assistance for Arab students, and lending out computers and setting up designated areas with internet infrastructure in Arab localities to enable online learning. The government should provide budgetary assistance for local authorities in establishing such spaces (municipality buildings, schools, community centers) which students can access in a capsule format, the authors said.

“Arab students face many barriers to integration and success in Israeli academia and in the labor force after graduation,” said the IDC’s Tahacho. “The major concern is that we will see a massive dropout of Arab students in the coming year, in an era in which higher education is the most significant tool for social and economic mobility.

“Arab society was hit hardest by the crisis because it is characterized by high rates of low-skilled and unskilled workers, and these are the individuals suffering from the highest unemployment rates in the wake of corona.” 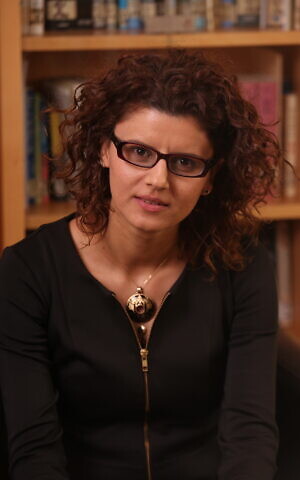 The challenges faced by Arab students include difficulty with Hebrew and English, the low quality of the Arab educational system, the lack of soft skills and a low socioeconomic background. Many are the first generation in their families to acquire a higher education, the researchers said.

“After the outbreak of the pandemic, all students in Israel faced additional difficulties and challenges, but these were more severe among the Arab students,” the researchers said in the statement.

After the pandemic struck, bringing with it lockdowns and unemployment, 74% of Arab students said that their family’s financial situation had deteriorated; 43% of the Jewish students said the same.

The study found that Arab students were more affected by the unemployment crisis than their Jewish counterparts: 23% of Arab students who worked before the crisis were let go or put on unpaid leave and are not entitled to unemployment benefits. This compared to 16% of Jewish students.

More Arab students financed their own tuition: 50.4% of Arabs said they fully financed their tuition, without family help, compared to 40.3% of the Jews.

In the wake of the crisis, 15.5% of Jewish students and 17.2% of Arabs left their dormitories or the apartments they rented and returned to live with family. 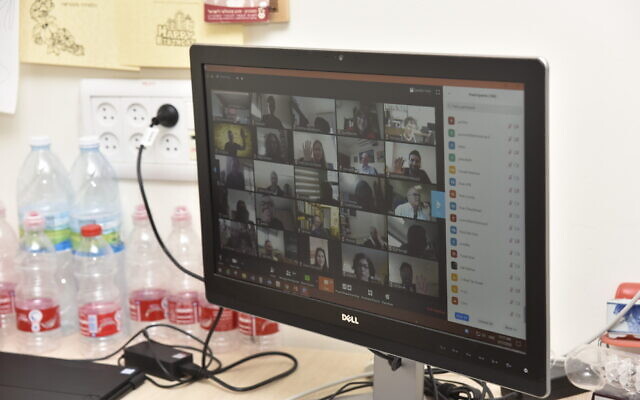 With regard to distance learning, the already existing significant gaps in infrastructure and digital capabilities caused the pandemic to have an greater impact on the Arab students: only 64.8% of the Arabs in the survey indicated that the internet infrastructure in their place of residence allows them to continue with their studies, compared to 87.9% of Jewish students.

While 83.1% of Jewish students in the survey participate in Zoom classes via their own computers, this is the case for only 31.3% of Arab students; the rest have to use their cellphone or share the family computer.

Learning remotely was also harder for Arab students, who also have to deal with  the Hebrew language barrier: 48% of the Arabs reported not understanding the content transmitted through Zoom, compared to 30% of Jewish students.

When students were asked about the type of assistance they thought could help cope with the crisis, the vast majority of Arab students (66.1%) opted for financial assistance, while among Jews a similar percentage opted for financial assistance and for the option of facilitating course assignments. A higher percentage of Arabs, 30%, said personal tutoring or private tutoring would help them deal better with the situation, compared with 24% for Jewish students.

“The State must understand that in order to promote the economic integration of Arab citizens of Israel, it must help them get through the current crisis and cut back the number of dropouts that the corona threatens to escalate,” said IDI’s Hadad Haj Yahya in a statement. “Otherwise, the important steps taken in recent years to integrate the Arab society into higher education are likely to go down the drain.”

The sample included 418 Jewish students and 257 Arab students. The study was conducted in consultation with Ashraf Jabour, director of the National Program for Higher Education Accessibility in Arab Society, Rowadad.