A nonprofit organization that aims to increase the involvement of Arabs in the technology sector has teamed up with the heads of Arab local authorities in setting out an NIS 800 million ($237 million) five-year plan to boost the number of Arab engineers to 20,000 within five years.

The strategy, set out together with consultant company Deloitte, will be presented to the government in the coming weeks, said Sami Saadi, the CEO of the nonprofit Tsofen, by phone. “This is a national mission, which aims to boost the tech industry in Israel and create growth areas around Arab cities and joint Jewish-Arab workspaces.”

If the government agrees to fund the project, as hoped, the investment could boost Israel’s GDP by some NIS 5 billion, Tsofen said, as it would tap into Arab citizens, currently vastly under-represented in the Israeli tech sector, and make them participants in the innovation bonanza. The idea is for the government to cough up the money and the local authorities, together with the relevant ministries, schools and universities, to bring it to fruition.

Israel “must take this opportunity we are presenting it with and understand, that if implemented, it could awaken huge changes in the economy, fruits of which we will see years from now,” said Saadi. But this can be attained only if Arabs are presented with the same opportunities that their Jewish counterparts have, he said. 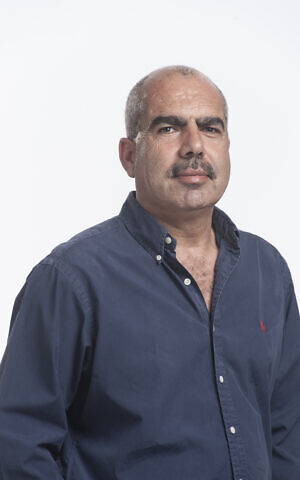 The program is based on a number of main pillars: develop human capital that is suited to meet the needs of the tech industry, and thus increase the supply of highly qualified employees to the sector; boost the integration of the Arab population into the tech scene and promote entrepreneurship by creating an ecosystem that fosters networking a nd events, infrastructure and creativity, working closely with the Arab regional authorities.

To implement the plan, “two main issues need to be addressed,” said Saadi. High school students must be prepared for tech studies, he said. According to the Deloitte report, 59 percent of the high school students who studied math at the highest level at school “don’t know what high tech is” and what a job in tech entails, Saadi said.

Students know what it is to be a doctor or a teacher, he said, but they don’t understand the tech ecosystem: how developing a tech product can take time, nor what their role should be in a team and how the hierarchy of an organization works.

Also, he added, math is not the only subject needed to work in tech. Arab high school students must also focus on studying English, perfect their Hebrew, and learn how to work in a team, how to navigate social networks and how to present their idea in a concise manner to investors, he said. “They also need to learn how to think out of the box and break barriers.”

The Deloitte report reveals a grim picture regarding the challenges Arab schoolchildren face: the government budget allocated to Arab students is 39% smaller than that of Jewish Israeli students in the higher school grades, the report said. And the Arab sector is lacking some 6,000 classrooms.

The coronavirus pandemic has make this shortage even more acute, as already brimming classrooms of some 40 children in each class need to be divided up into capsules. Arab school students are also lacking 140,000 computers and have to deal with an often slow internet infrastructure and not enough 4G cellular coverage. 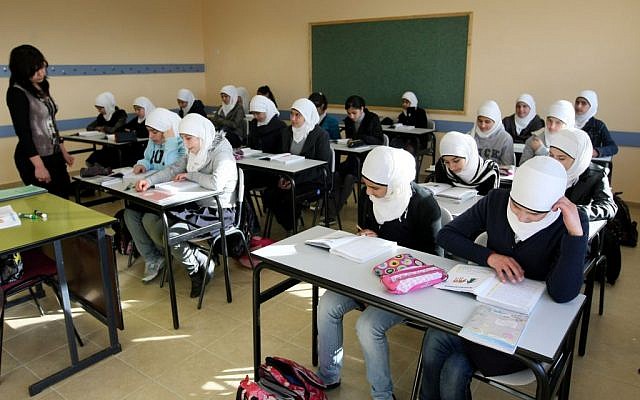 Young Arab students in class at an elementary school in the Arab neighborhood of Umm Tuba in East Jerusalem, December 13, 2011 (Flash90/Kobi Gideon)

Arab students are also under-represented in science, technology, engineering and math (STEM) studies at universities and colleges, even though inroads have been made in this respect. Indeed, in the six years to 2018, the number of Arab Israelis studying tech subjects at Israeli universities and colleges doubled, according to data published by the Council for Higher Education.

Most of the Arab students come to universities and colleges at the age of 18, straight out of high school, he said, as opposed to their Jewish counterparts who start at a later age after their army service. Because of their younger age, the Arab students “need mentorships,” said Saadi, to help them navigate the coursework. The mentors could be third- or fourth-year Arab students who’d get a grant for the work.

Not only is the dropout rate high, the data shows. Forty-two percent of those who do finish their STEM degrees don’t find employment in their area of expertise, he said, compared to 20% for Jews.

The program thus calls for investment in the education system, with emphasis on encouraging students toward STEM studies and teaching soft skills, along with physical infrastructure at schools.

Tech firms should be encouraged to employ more Arabs, and industrial parks should be set up in Arab regional authorities, to promote entrepreneurship and work options in Arab cities.

“We want to bring Arabs to high tech but also bring high tech to the Arab sector,” Saadi said.

Founded in 2008 by Jewish and Arab high-tech professionals, Tsofen seeks to create an equal society in Israel by boosting the number of Arabs in the tech industry and thus helping close income gaps. The organization seeks to promote tech hubs in Arab towns and help Arab engineering graduates find jobs in technology firms. 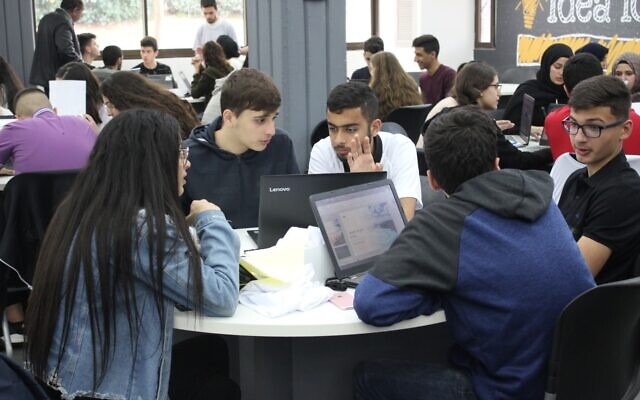 A Hackathon in Nazareth in 2019 organized by Tsofen (Courtesy)

Since 2012, the Israeli government has set up a number of programs to help Arab Israelis integrate into the labor market and the high-tech sector in particular, in an effort to boost economic growth and reduce inequality. In 2015, the government earmarked an unprecedented NIS 15 billion for the economic development of the Arab Israeli sector and other minority communities from 2016 through 2020.

Israel’s tech industry, for years the growth engine of the economy, is facing a shortage of some 18,000 skilled engineers and programmers. This scarcity could cause the engine to stall, and the country is seeking to tap into new populations sectors to keep it going.

High-tech firms operating in Israel are beginning to recognize the business sense of employing Arab graduates and opening offices and plants in Arab towns, including Amdocs, Microsoft, Broadcom, Alpha Omega and others that have set up local operations in Nazareth.

Getting the government to approve the budget for the plan at a time when it is combating the coronavirus pandemic and shaken by political instability, won’t be easy, admitted Saadi.

“Because of the political problems we are going to employ someone who has experience in promoting programs vis a vis the government,” he said. “We will not give up.”