A Finance Ministry proposal to save El Al Israel Airlines from the fallout of coronavirus crisis could lead to the nationalization of the nation’s flagship carrier — which has in the past been pressed into service for noncommercial needs — should investors fail to buy its newly offered shares.

The proposal, which is now awaiting approval by El Al’s board, offers a rescue package of $400 million, which consists of government-backed loans for a total of $250 million with guarantees for 75 percent of the loan, in case the firm defaults; a share offering on the Tel Aviv Stock Exchange to raise $150 million to help prop up the equity of the firm, which has more than $2 billion of net debt; and efficiency steps, including the firing of 2,000 workers.

The share sale, for a 61% stake in the firm, would dilute the 38.33% held by the airline’s current controlling shareholder, Knafaim Holdings Ltd. — should it decide not to purchase more shares — to some 15%. Knafaim is controlled by Tamar Mozes Borovitz, which holds a 23.58% stake in the holding firm.

The proposal also says that should investors or one strategic investor for the share sale fail to materialize, the government will step in and buy up any of the unsold shares. This move could make the government once again the controlling shareholder of the airline, which it privatized in 2004 after having taken control of it in 1982, when it was hobbled by strikes and labor disputes. 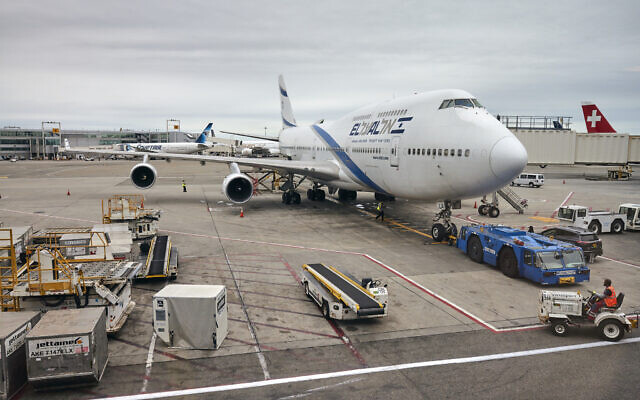 If the government needs to step in, the ministry envisages a trustee running the firm for the next three to five years, after which the firm will be privatized once again.

If it turns out there are no or few investors, taxpayers would be injecting money into salvaging a firm that may not be salvageable, given the challenges of high competition, costs, debt and strong labor unions that it faced even before the pandemic struck.

It may be that the most rational option for the firm would be to let it go bankrupt, which would enable the sale of assets and the recreation of a completely new airline, perhaps even with the same name but without the baggage that has dragged it down.

Indeed, an original plan to provide the airline with government-backed loans for a total of $400 million was retracted after banks refused to cough up the money for the loans, even if the government guarantees were for as much as 85% of the amount.

So, if even the banks won’t go near El Al, with huge guarantees, why should taxpayers step in to save it? Moreover, what does the Israeli government know about running an airline?

The answer is that the numbers don’t tell the whole story, as sentiment and strategic considerations are also at play.

“El Al is seen as a strategic asset, and even if the government doesn’t want to own El Al, it cannot let it fall,” said Saar Golan, a trader at Bank Leumi Le-Israel, which does not cover the shares of the firm in its analyses for clients.

“No government wants to be on the watch when the Israeli flag-bearing airline goes bankrupt. The government is intervening because of sentimental reasons.”

El Al, like all carriers globally, has been hit by the economic crisis created by the coronavirus pandemic, which has led to restrictive steps including halting flights and curbing arrivals of foreign tourists and visitors. In Israel, those who are allowed to enter must go through a two-week period of self-quarantine to ensure they are not carrying the virus.

Airlines across the world have grounded their planes, asked for payment deferrals on leased aircraft, furloughed workers and requested government help.

The pandemic’s impact on air travel will be with us for many years to come, according to the International Air Transport Association, and is expected to redesign the airline industry. 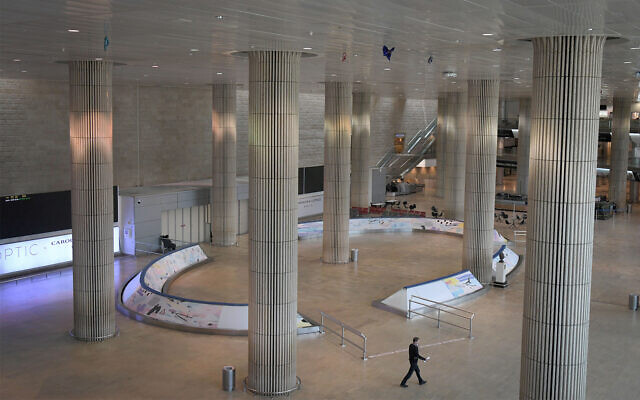 As the coronavirus hit, El Al halted flights to China and then canceled all of its commercial flights since April, running only special and cargo flights. The firm has put 80% of its 6,303 workers on unpaid leave, cut management salaries by 20%, halted investments, and signed accords for the sale and lease-back of three Boeing 737-800s. The firm also owes some $350 million to passengers whose flights were canceled because of the pandemic.

The crisis caught El Al and other airlines at a particularly vulnerable moment: competition in the industry is sky-high with low-cost airlines cutting prices and adding destinations, much to the joy of global travelers.

In Israel, an “open skies” policy enacted in 2010 with the US and in 2013 with Europe, and implemented over the years, has brought charter and low-cost airlines to El Al’s home turf. At the end of 2019 there were 100 airlines operating regular and charter flights at Ben Gurion Airport. 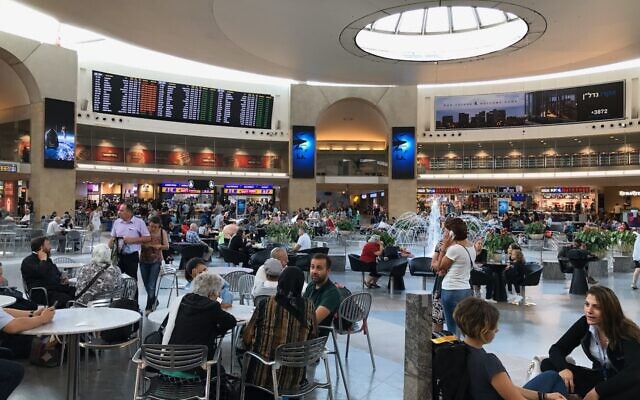 Passengers waiting to board flights in the duty free area of Ben Gurion Airport, August 22, 2017. (Stuart Winer/Times of Israel)

The company widened its losses by 14% to $60 million in 2019, though revenues rose to $2.2 billion from $2.14 billion in 2018. The firm’s biggest expenses by far are salaries, at 27% of total costs, and fuel, at 26%. El Al is also a highly leveraged company, meaning it is financing its operations through debt versus wholly owned funds. Indeed, its debt to equity ratio — used to evaluate a company’s financial leverage — was some 1300% at end 2019. An average ratio for other airlines is around 50%, according to an expert estimate.

Besides the increased competition, El Al is crippled by other local factors: its home market is small, so it gains no advantages from size. It pays high security costs, even though the government covers 97.5%. The airline is considered one of the safest in the world, after witnessing a spate of terrorist attacks and hijackings in the last century.

In addition, any strategic moves the firm’s management wants to make need the approval of strong and militant labor unions. And because El Al is the airline of the Jewish nation, it is not allowed to fly on the Sabbath or Jewish holidays, even though it is a privately held firm.

“This puts the airline in a weaker position than peers,” said Yaniv Pagot, an economist who is a strategic adviser to institutional investors.

Moreover, Israel sees El Al as a strategic asset, and thus the government can, by law, utilize the airline’s services for emergencies and national security purposes.

El Al was mobilized during the pandemic to rescue Israeli travelers stuck in countries like Peru and India, when other flights were canceled. Over the years the airline has carried, in covert operations, immigrants from Iran, Iraq, Yemen and Ethiopia, and Nazi war criminal Eichmann was captured and flown from Argentina to Israel on an El Al aircraft in 1960.

It is because of this strategic value that the government now feels obliged to step in and save the airline. Because Israel is a virtual island surrounded by mostly hostile neighbors, it needs a functional airline to help it get supplies and passengers in and out of the country when other methods fail.

People who invest in the company “need to believe the company will be able to turn around its fortunes,” said Pagot, the economist. “If the state has to buy the shares in the offering because there are no buyers, then that will not be a positive development. Because what does a government know about running an airline? Just because the plane brought Eichmann to Israel, does that mean you need to put money into the firm?”

Pagot said that the matter must be weighed and discussed strategically and publicly, “not based on sentiment.”

Maybe Israel doesn’t need to have such a big airline for strategic purposes, and could hold just a few planes for emergencies, he posited. “Maybe three planes are enough.”

A government investment in El Al “is a bad deal,” he said, “because it is based on strategic values and not numbers. I wouldn’t invest NIS 1.5 in this company without a strategic plan that explains what costs and revenues will be after the cuts.”

Meanwhile, El Al extended unpaid leave for its workers until July 31 and prolonged the suspension of scheduled commercial flights until the end of June, but said it would continue to use its aircraft for cargo and occasional passenger flights.

In a letter to workers, chief executive Gonen Usishkin said the airline would not be able to resume operations without state aid.

El Al is studying the latest government offer, he said in the letter. “We are at a critical crossroads for El Al’s future and are doing everything we can to find the way to ensure prosperity and a stable and secure future for El Al,” he wrote.

“Difficult days” are ahead, he added.

The Finance Ministry said in an email message to The Times of Israel that in light of Israel’s security and geopolitical needs, the political echelon believes that a sustainable Israeli aviation industry must be maintained.