Researchers examining medieval human excrement in Jerusalem and Latvia found that pre-industrial populations had different gut biomes than either modern humans or our more ancient ancestors.

The study by scientists from Germany’s Max Planck Institute was the first to probe microbial gut contents from the medieval era, and it has implications for our understanding of modern diseases, the researchers said.

The findings provide the first glimpse into the “intestinal flora of pre-industrial agricultural populations, which may give a better context for interpreting the health of modern gut microbiomes,” the researchers wrote.

The team examined sediments found in 14th- and 15th-century latrines, including desiccated feces, from Jerusalem and Riga, Latvia.

The research methods used were first developed to detect ancient bacteria in studies of historical epidemics, and included light microscopy and DNA analysis.

“At the outset, we weren’t sure if molecular signatures of gut contents would survive in the latrines over hundreds of years. Many of our successes in ancient bacterial retrieval thus far have come from calcified tissues like bones,” said study co-leader Kirsten Bos in a statement.

The latrines contained the feces of many people, giving the scientists more insight into the microbiomes of the larger community than would be possible with an individual’s fecal sample. 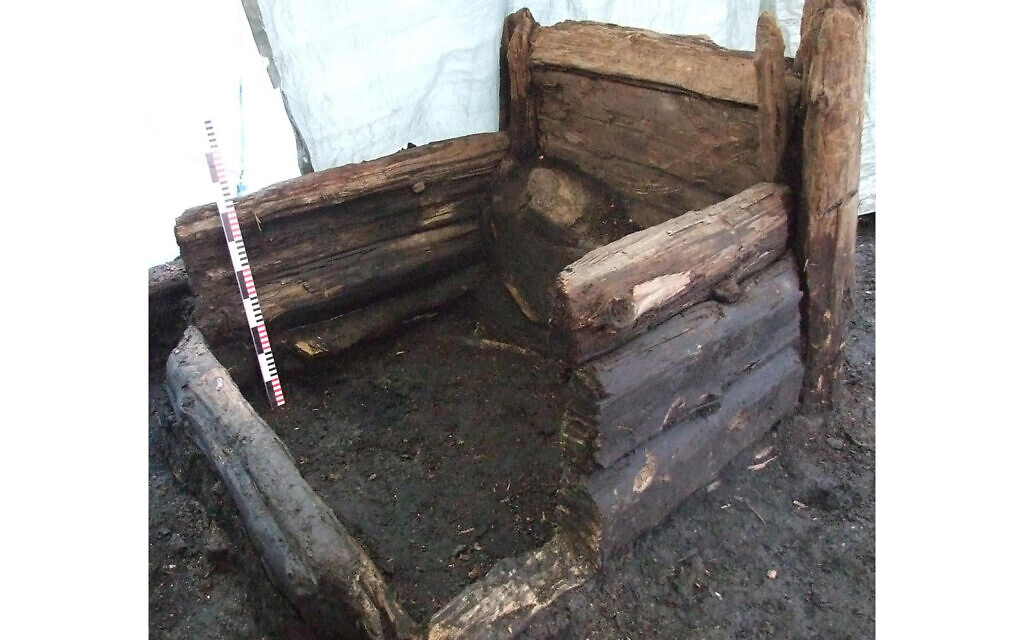 Previous research has shown that people living in the industrialized world have significantly different gut microbiomes than hunter-gatherer communities. The human microbiome is linked to ailments including bowel diseases, allergies, and obesity.

The researchers found in the latrines an array of bacteria, archaebacteria, protozoa, parasitic worms, fungi, and other microorganisms.

Some of the species populate modern humans’ bowels, but the organisms’ DNA found in the latrines appeared to be a unique microbiome, different from industrial and pre-industrial populations, as well as being from other sources, such as wastewater or soil.

“They did show similarity to modern hunter gatherer microbiomes and modern industrial microbiomes, but were different enough that they formed their own unique group. We don’t know of a modern source that harbors the microbial content we see here,” said co-leader of the study Susanna Sabin.

The study illustrates the change over time of human gut microbiomes, the researchers said.

“If we are to determine what constitutes a healthy microbiome for modern people, we should start looking at the microbiomes of our ancestors who lived before antibiotic use, fast food, and the other trappings of industrialization,” said researcher Piers Mitchell.

It also demonstrated that latrines are valuable sources of data for bio-molecular information of historical populations.

“We’ll need many more studies at other archaeological sites and time periods to fully understand how the microbiome changed in human groups over time,” Bos said. “However, we have taken a key step in showing that DNA recovery of ancient intestinal contents from past latrines can work.”

The study was published by The Royal Society on Monday.