Israel has slid three places to 19 in the 2020 IMD World Digital Competitiveness Ranking, an analysis of how 63 economies employ digital technologies, which could help predict their ability to weather the coronavirus pandemic.

The digital competitiveness of economies is one of the factors that can help predict which economies will recover quickly and which will recover more slowly, according to the authors of the report.

“The flexibility and adaptability of both individuals and the private sector may also be a large part of the puzzle for countries trying to rebuild their economies from COVID’s battering,” said Christos Cabolis, chief economist of the IMD World Competitiveness Center. 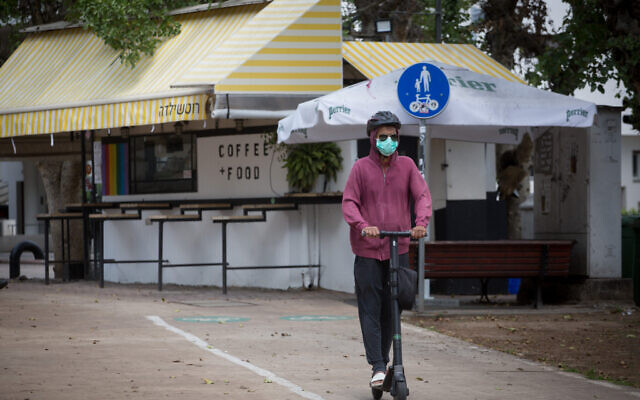 Now in its fourth year, the IMD World Digital Competitiveness Ranking measures the capacity and readiness of economies to adopt and explore digital technologies as a key driver for economic transformation in business, government and wider society.

The ranking has seen the so-called Startup Nation slide for the past two years. In 2018, Israel nabbed the 12th spot and in 2019 it came in at 16. In 2016 and 2017 Israel remained stable in 13th place. The US has consistently come in first in the overall ranking for the past three years.

The methodology of the ranking breaks digital competitiveness into three major pillars: knowledge, the nation’s ability to discover, understand and build new technologies; technology, the overall context that enables the development of digital technologies; and future-readiness, the speed of adopting new technologies and individual attitudes towards technology and business agility, as well as the integration of information technology.

Down in all three pillars

In addition to sliding in the overall ranking to 19th out of 63 countries, Israel slipped in all of the three major pillars. In the knowledge category, Israel moved down a notch to 9th place. For technology, the country ranked 32nd, compared to 30th last year. And for future-readiness, the Jewish state came in 23rd, compared to 19th last year.

In the technology pillar, the nation’s overall top weaknesses were its immigration laws and investments in telecommunications, where Israel scored a low 51 and 55, respectively.

For future-readiness, Israel scored high — third place — for the use of big data and analytics and for cybersecurity, but it ranked 51 for the e-participation of its population.

This year’s results show few changes in the top ten from last year, with economies at the top having a technological infrastructure in place and using the technology available. Top ten economies also have effective regulatory frameworks and are quick at adopting new technologies (or future readiness), the authors said.

In the case of the US, education and research and development are the major engines of digital growth, with robotics ever more prevalent in the education process. The US has also seen an increase in e-participation from citizens this year, the IMD said in a statement.

Singapore came in first in the talent and regulatory framework ranking indicators, while Sweden and Denmark stood out for their excellent scores in knowledge building (making economies productive and efficient for citizens).

The report was compiled using 2019 data and a survey that was carried out from February to May 2020, just as COVID-19 was gaining speed globally. Thus, the authors of the report said, disentangling COVID’s impact is a complex task and next year’s ranking will likely shed further light on the impact of digital competitiveness during the pandemic.

Even so, the authors say they can use this year’s ranking “to hypothesize about how economies might recover.”

“The post-COVID world will be characterized by a K-shaped recovery, with two types of economies: those that will recover quickly and those that will recover more slowly. Recovery is driven by many factors, such as the health of public finances. But also, fundamentally, by the digital competitiveness of those economies,” said Arturo Bris, director of the IMD World Competitiveness Center.

IMD is an independent academic institution based in Switzerland and Singapore.