NovaQuest Capital Management LLC, an investor in life sciences and healthcare, said Monday it has invested $20 million in Israeli biopharmaceutical firm Mileutis Ltd. to develop a product that aims to cut the use of antibiotics in animals.

NovaQuest’s investment will further the development of Mileutis’s biologically sourced and residue-free therapies for animal health, and help bring them to market, the companies said in a statement.

NovaQuest’s investment is its first ever in the animal health care field and in an Israeli company, the statement said.

Mileutis’s product, which is in “advanced stages of development,” addresses a major concern in the dairy industry: bovine mastitis. The disease is the most frequent in dairy herds worldwide, affecting the mammary gland and udder tissue in dairy cows. 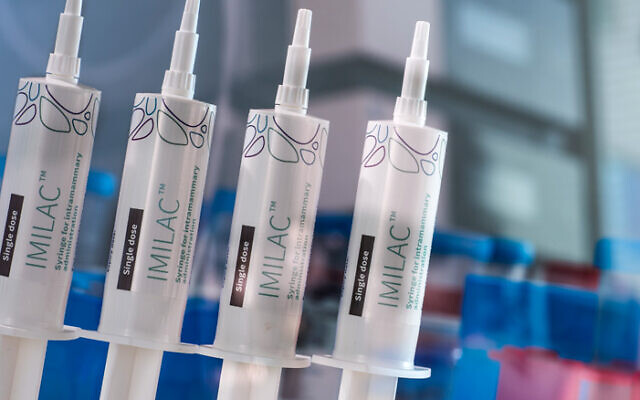 Imilac, is an intramammary syringe that contains peptides and specific protein fragments that stimulate the immune system of cows; it is being developed by Israeli startup Mileutis (Courtesy)

The disease can impair milk-secreting tissues in cattle, causing lower milk production, lower quality of milk, and death. According to the University of Glasgow, the global losses to the dairy industry caused by bovine mastitis are around $19.7 billion to $30 billion annually.

Currently, antibiotics are the main therapy used in treating mastitis and are routinely administered once a year. However, antimicrobial resistance and the overuse of antibiotics have led researchers, regulators, policy makers and communities around the world to look for new and safer treatments.

Mileutis is developing residue-free natural proteins based on early research conducted at Israel’s Agricultural Research Organization (Volcani Center), and at Mileutis. The company believes that the line of patented biopharmaceuticals it is developing will “revolutionize” the way veterinarians manage mastitis and treat a wide range of diseases. The firm hopes to eventually use the natural peptides it is developing for human health as well.

The first patented product, called Imilac, is an intramammary syringe that contains peptides and specific protein fragments that stimulate the immune system, improving the health of herds and helping prevent bovine mastitis. Intramammary syringes have a soft needle with which a pharmaceutical product can be injected into the udder. 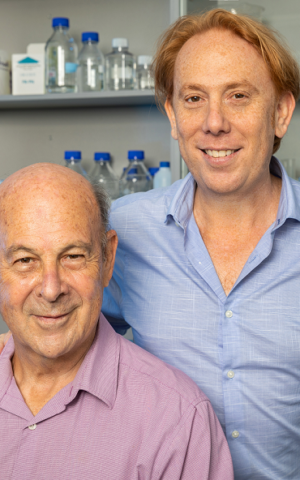 “By replacing antibiotics in animals such as dairy cows with safer biopharmaceuticals, we will protect animals and save people from the health damages associated with the development of antibiotic resistance,” David Javier Iscovich, CEO and co-founder of Mileutis, said in the statement. “Our platform, which acts by stimulating the immune system, will pave the way towards the development of additional therapies for both animal health and human health.”

Mileutis said its product is supported by “statistically significant results” obtained in a number of case-controlled, randomized, multi-center clinical trials.

“We believe Mileutis’ product line and technology platform represent a paradigm shift that is much needed in the industry that will not only improve animal and human health by enabling more sustainable milk production, but will also enhance the wellbeing of dairy cows,” said Brian Axe, NovaQuest principal.

Set up in 2004, the Ness Ziona, Israel-based firm was founded by David Iscovich and his father, Jose.