An Israeli engineer is working on a system that he says can use voice detection to screen for potential coronavirus carriers, though the technology remains experimental and months away from potentially being rolled out.

Development of the system, which has been in the works for months, recently got a boost thanks to Israeli teams collecting tens of thousands of voice samples from confirmed COVID-19 patients in India, a key piece of teaching artificial intelligence how to detect possible signatures of the disease hidden in otherwise normal-sounding speech.

Ami Moyal said that once deployed, a voice detection system could be set up at school entrances, or any other place currently using more primitive screening methods like temperature checks or affidavits. People would be asked to speak into a microphone, their voice would be analyzed by a cloud-based algorithm, and an instant alert would be generated if anyone is suspected to have the coronavirus.

Like currently prevalent temperature checks, the system would not actually determine if someone has the coronavirus, which will still require swab testing. Rather, Moyal said it would act as a pre-screening, flagging anyone who is potentially sick and keeping them away from others who could be infected if they are in fact a carrier.

“Our technology is intended to give quick results that give a picture of whether someone is likely to have coronavirus,” Moyal, president of the Afeka Tel Aviv Academic College of Engineering, told The Times of Israel.

Moyal said his technology could be especially effective at the entrances to schools, which have been fingered as a main driver of Israel’s second wave of infections. 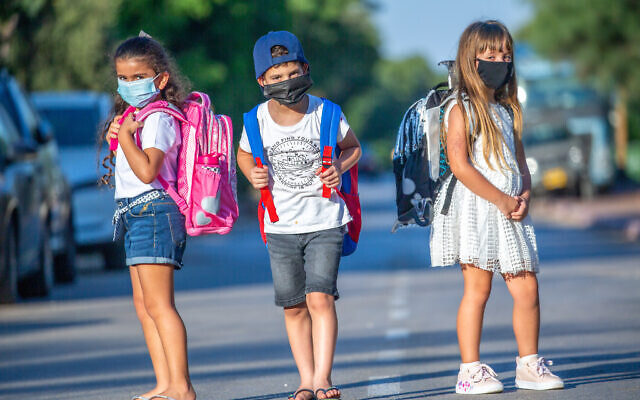 Authorities said Monday that schools would open as normal on September 1, rolling out a plan that would see only students in some older grades confined to “capsules” as a means of lowering infection risk, while younger kids would attend classes as normal.

Under the plan, students would be allowed entry to school buildings so long as they provide an affidavit from a parent or guardian that they are healthy and do not have a fever, with no other required health checks.

That same system was in place when Israel reopened schools in May, though outbreaks were nonetheless recorded at several educational institutions and some experts have said Israel’s decision to quickly reopen schools was a major factor in the rapid resurgence of the pandemic here.

Crucially, the voice technology has not yet been proven to be an effective detection method. But there is growing interest among scientists in the impact that the coronavirus may have on the voice, and some other efforts are being made to teach algorithms to detect auditory signs that people are carriers.

Researchers at the Massachusetts Institute of Technology have reported evidence of what they call “vocal biomarkers” of the disease. They recently noted that when coronavirus symptoms manifest, people typically have difficulty breathing, and respiratory system inflammation often affects the intensity with which air is exhaled when a person talks.

Writing in the IEEE Open Journal of Engineering in Medicine and Biology, they suggested that this has impact on the loudness, pitch, steadiness and resonance of the voice.

“A sensing system integrated into a mobile app could pick up on infections early, before people feel sick or, especially, for these subsets of people who don’t ever feel sick or show symptoms,” said Jeffrey Palmer, head of the MIT research group, who was reported last month to be working on such an app. 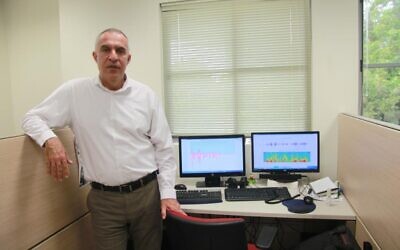 Moyal has been trying to develop his voice-based coronavirus detection system since early in the pandemic. But his efforts hit a brick wall because Israel didn’t have enough people sick with the virus to teach his algorithm the nuances of what COVID-positive people may sound like.

Now the project, initiated as part of a Defense Ministry program to encourage coronavirus-related innovation, has been jump-started, and a version of the voice tests system could be available within two months, Moyal claimed.

The new impetus follows the collection of voice recordings from 20,000 coronavirus patients over just nine days in New Delhi, India. The Defense Ministry mission also collected three other types of samples that will be used to build other express coronavirus testing methods: swabs, saliva and breath. 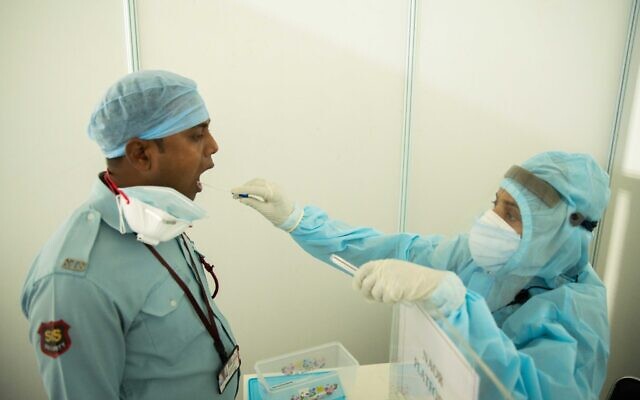 “We need thousands of speakers, and when we collected samples in Israel, it was looking like it would take us many months or even years to get the data, but now, we suddenly have all the data that we need,” said Moyal, citing the Indian data. “Actually, there is no resource in the world like what we’re getting from India: thousands of people with coronavirus speaking, in accordance with scientific data protocols.”

Each of the Indian patients who provided samples at drive-in sites in New Delhi was recorded reading a short paragraph, coughing and breathing deeply. “The sounds ‘v’ and ‘s’ are particularly important, as they pass through the throat, and we’re trying to see how coronavirus affects sounds coming from the throat,” said Moyal.

He said it didn’t matter what language samples were recorded in, and once ready, the technology can be made available worldwide, regardless of what language people speak.

“The technique we’re using is language independent,” Moyal said. “We are looking for characteristics in the voice that point to coronavirus. The language they speak doesn’t matter so long as people are talking in their native language.”

He cautioned, though, that speech impediments could sully the data, though it will ultimately depend on what traits the algorithm picks up on.

Moyal said that as well as serving schools, his system could be used across other establishments, including public buildings and workplaces. In the second phase of development, he plans to build a smartphone app that tells anyone who speaks into it whether they are likely to have coronavirus.

He stated that schools and other potential users aren’t yet being invited to sign up, as it will take a month to process voice samples that will be used to train the algorithm, and a month to calibrate it and test it. But the technology can be rolled out very quickly once ready, he said.