Israel’s Teva Pharmaceuticals is said to have essentially “walked away” from settlement talks with the US Justice Department’s antitrust division in a high-profile lawsuit alleging a price-fixing effort among drug manufacturers including Teva. The company is reportedly betting that the White House will not pursue charges given’s Teva help in the fight against COVID-19, specifically with an anti-malaria pharmaceutical drug touted by US President Donald Trump himself as a “game-changer.”

According to a New York Times report on Friday, Teva “is betting that in the middle of a deadly pandemic, the Trump administration won’t dare to come down hard on the largest supplier of generic drugs in the United States.”

Teva was named last year in an antitrust lawsuit brought by over 40 US states alleging a price-fixing conspiracy among drug manufacturers, with the Israeli company said to have raised the costs of some medications by over 1,000 percent. The suit came after a years-long investigation.

The lawsuit has worried the company. The firm, a leader in the generic drug market, has been grappling with declining prices for generic drugs, its core business, and the entry of copycat generic versions to its branded Copaxone drug for multiple sclerosis. The firm has also struggled to cut costs by closing manufacturing facilities and cutting its workforce globally in order to repay a massive $29 billion debt it accumulated due to a series of missteps, which saw it pay a high price for acquisitions that went sour.

Teva has denied wrongdoing in the suit and has been holding settlement negotiations with US officials but stopped sometime in April, according to the New York Times report. 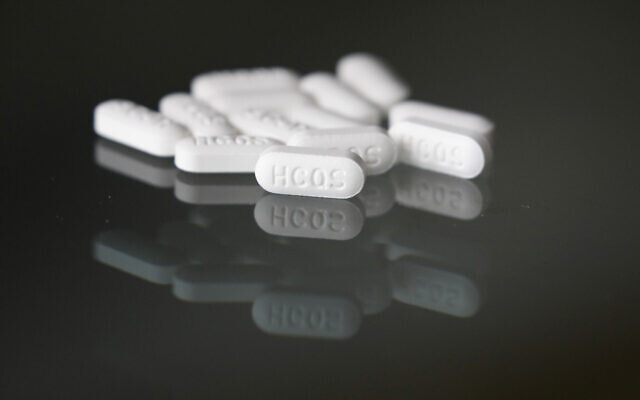 Approximately a week beforehand, a Teva board member named Roberto Mignone, reached out to the White House to discuss the company’s efforts to provide drugs that might help treat the coronavirus, the Times reported.

In an email in late March to a former college roommate of Jared Kushner, Trump’s son-in-law and senior adviser, Mignone said Teva wanted to help the government with supplies for the drug and in an ensuing discussion positioned Teva “as a valuable partner in the manufacturing and distribution of potential medical treatments for the coronavirus,” according to the report which cited people familiar with the discussions.

Teva officials said there was no connection between the White House conversation on the drug and the antitrust investigation, the Times reported.

The lawsuit put Teva at the center of the investigation. During a 19-month period from 2013 to 2015, Teva is said to have significantly raised prices on around 112 generic drugs and colluded on at least 86 other drugs, the states said in the suit, according to the report. Some of the increases were more than 1,000%.

The Justice Department, meanwhile, has reached settlement deals with four other drug makers and some $224 million in penalties so far.

On Thursday, shares for Teva surged on the Tel Aviv Stock Exchange after the company reported better than expected first quarter 2020 financial results, which were affected by a rise in demand for generic and over-the-counter drugs and respiratory products.