A Dubai-based company is offering to buy Israir Airlines, one of Israel’s largest carriers and tourism companies, for some NIS 170 million ($50 million), a person familiar with the matter told The Times of Israel, after NY Koen Group confirmed in a statement that negotiations for the airline have commenced.

“We’re currently reviewing details regarding corporate objectives and the financial state of Israir,” said Koen in the statement. “Both NY Koen Group and Israir are excited about the future potential of this purchase and are eager to have the details finalized quickly.”

The acquisition of Israir, the biggest tour operator and third-biggest airline in Israel, would extend the operations of NY Koen Group, the statement said. The group operates Aero Private Jet, which offers business and leisure VIP flights and has access to over 7,000 planes and 4,000 airports worldwide, the statement said. The company has been in operation since 2003 as a quality provider of luxury aviation. 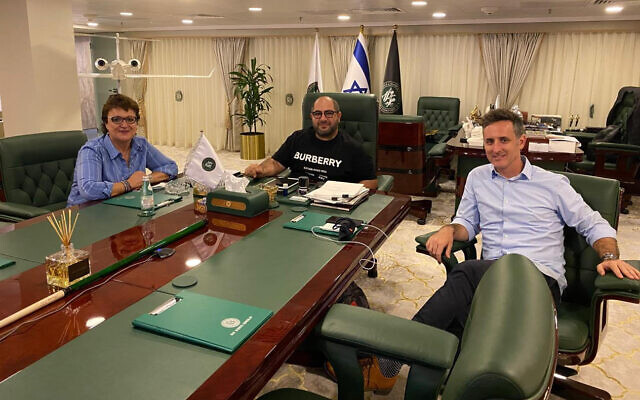 Koen offered NIS 120 million to Israir’s bondholders, who won control of the airline after holding firm IDB Development Corp. was deemed insolvent and a court appointed a trustee to manage an asset sale of the firm. Israir is to be auctioned off, and bids need to be submitted by November 8. Koen has also offered to inject an added NIS 50 million to NIS 70 million into the airline as part of his bid, for a total of some NIS 170 million- NIS 190 million, the person familiar said.

“This is the type of purchase that could be the start of something amazing,” said Koen in the statement. “Hopefully, it would encourage many other business collaborations between Israel and the United Arab Emirates.”

There has been a flurry of interest among UAE companies in Israel after the two countries in September signed an agreement to normalize relations.

Koen has Israeli and Ukrainian citizenship, the source said, and lives in the UAE. He has businesses in Ukraine, Russia, Bahrain, Kuwait, Saudi Arabia, India, Hong Kong, the Czech Republic, and the US. Besides the aviation business, Koen also has a diamond company, a jewelry firm, a construction company, and a security firm, which are based in the UAE, with branches in multiple other countries.

Negotiations are expected to be completed in the next few days, the statement said.

Both the bondholders and the trustee will have to approve the offer. Earlier this month, a firm owned by Israeli retailer Rami Levy made a NIS 70 million bid to acquire the airline, together with Shalom Haim.

Israir said in September it will begin offering direct flights from Ben Gurion Airport to Abu Dhabi, amid high hopes for burgeoning tourist and business trade .