The head of the US-Israel Binational Research and Development (BIRD) Foundation is seeking to double the amount of funds both nations make available to entrepreneurs in the US and Israel that jointly develop cutting edge technologies in a variety of strategically important fields.

“We are looking to increase the financing capability of the fund to give more money to these strategic fields,” Eitan Yudilevich, executive director of the BIRD Foundation, who has been at the helm of the fund since 2007, said in an interview with The Times of Israel.

The fields of interest, he said, are cybersecurity, robotics, advanced communications and wireless, advanced manufacturing, healthcare, artificial intelligence and machine learning and smart transportation. “Both sides see these sectors as areas in which they want to preserve a competitive edge.”

Israel and the US still need to approve the increased funding, he said. “This will need patience; it is a new initiative. There is support from our board and we are working” on it. 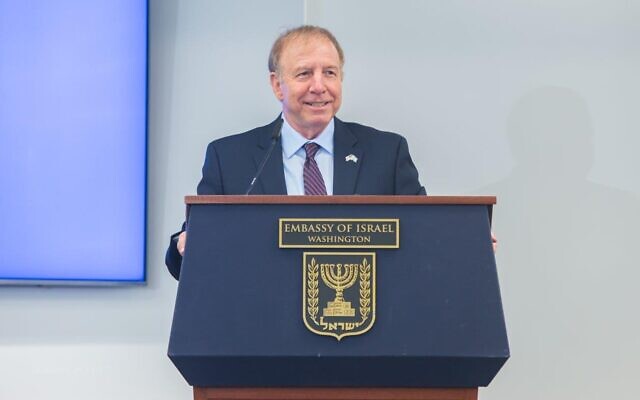 The BIRD Foundation promotes joint ventures for US and Israeli companies in various technological fields so they can create new products together. Each nation annually injects $5 million into the fund, for an annual budget of $10 million. Now, Yudilevich is seeking to beef up that figure with an additional total of $50 million ($25 million from each side) over a period of five years.

Typically, approved joint projects in advanced research and development stages get grants of up to $1 million from BIRD, and the foundation works with the companies to identify potential strategic partners. With the approval of the added funding, Yudilevich hopes that grants provided to the firms will rise to $1.5 million per project.

The BIRD Foundation was set up by the US and Israeli governments in 1977 to generate “mutually beneficial cooperation” between the private sectors of the US and Israeli high-tech industries, including startups and established organizations. BIRD provides both matchmaking services between US and Israeli companies and funding that covers up to 50 percent of project development and product commercialization costs.

Since it was set up 43 years ago, BIRD has backed 1,000 joint projects for a total of $363 million in grants, and helped to generate direct and indirect sales of more than $10 billion, figures provided by the foundation show. Generally, when government funding is granted, the project also gets matching private sector funding.

About 25%-30% of the funded projects reach revenue, Yudilevich said, and some 75% of the partnerships continue after funding for the project has ended.

The mutual benefit of the program has been proven over the years, Yudilevich said, with both sides benefiting from their project partners’ expertise. 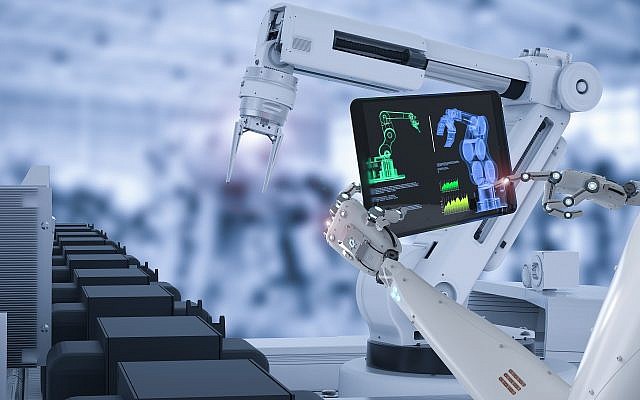 Illustrative image of robots in the manufacturing process (PhonlamaiPhoto; iStock by Getty Images)

Israeli companies find it easier to go on and raise added seed funding from the private sector if they have an international partner in their project, he said. In addition, working with a US firm gives them access to the firm’s knowhow and contacts in the US and a foothold into the US market. US firms, for their part, are eager to have Israeli partners because Israel is perceived as a hotbed for cutting edge technologies.

BIRD is a key to help these partnerships happen, he said. “BIRD becomes a catalyst, facilitator, and also a stamp of approval,” for the projects.

Over the years the BIRD fund has diversified its scope of activities. Funding these days is directed more and more to projects that are based outside the main high-tech hub states in the US: California, New York, New Jersey and Massachusetts. Indeed, in the years 2013-2018, 56% of the funded projects were from non-hub states.

In addition, funding has increasingly expanded also to smaller US firms: in the years 2013-2018, some 60% of the participating companies had less than $50 million in revenue. The fund has also started accessing sectors that are considered higher risk, and which tend to find it harder to get funding. These include the energy, agrotechnology, healthcare sectors.

“VCs go to the fields that are less risky,” he said. “We have seen a shift in the fields in which BIRD invests. In the period between 2002-2007, most of the areas BIRD invested in were life sciences, communications, electronics and software. But in the period between 2013-2018, BIRD has invested a significant percentage of its funds in water and environment projects, healthcare, agro-technologies, homeland security.” All these are areas in which companies “find it harder or very hard to get VC investment,” he said.

The foundation has also set up additional projects including BIRD Energy, which has funded 47 projects with joint government funding of close to $38 million and private sector participation of some $50 million. The two governments together inject a total of $4 million a year into the fund.

Another additional project is BIRD Homeland Security (HLS), which has funded nine projects that received close to $8 million in government grants, and private sector participation of some $10 million. The two governments together inject a total of $2 million a year into the fund.

The foundation also manages the US-Israel Energy Center, which is a $80 million, 5-year program, funded by the US Department of Energy, the Israel Ministry of Energy and the Israel Innovation Authority.

The foundation has seen an uptick in demand for funds, Yudilevich said, especially in light of the coronavirus pandemic, which has made private investors more conservative and picky in their allocation of funds. The BIRD funding will help “good companies, that because of the situation could find it harder to raise funds.”

Projects submitted to the BIRD Foundation are reviewed by evaluators appointed by the National Institute of Standards and Technology (NIST) of the US Department of Commerce, and the Israel Innovation Authority.