The new owner of El Al’s Israel Airlines, 27-year-old Eli Rozenberg, will have his hands full in the coming months in trying to raise the fortunes of the recently grounded company.

Rozenberg’s Kanfei Nesharim company bought a controlling 42.85% stake in the airline during a $150 million offering of El Al shares last month. Now, as he sets out to appoint a new board of directors, he and his advisers will have to set out a strategy for the airline, which was ailing even before the coronavirus dealt it an almost fatal blow. Rozenberg’s firm will de facto take control of the airline after a new board is chosen, through a shareholder meeting to be held on November 17.

The financial statements for the first and second quarter of the year warned of “considerable doubts” regarding the continued existence of the airline as a going concern, with revenues plunging and losses ballooning.

Rosenberg’s acquisition of shares was part of $400 million rescue package set out by the Finance Ministry, which included the share sale, to help prop up the equity of the firm, and plus government-backed loans for a total of $250 million, with guarantees for 75 percent of the loans in case of defaults. The framework also envisaged efficiency steps and workforce cuts to address the airline’s more than $2 billion of net debt. 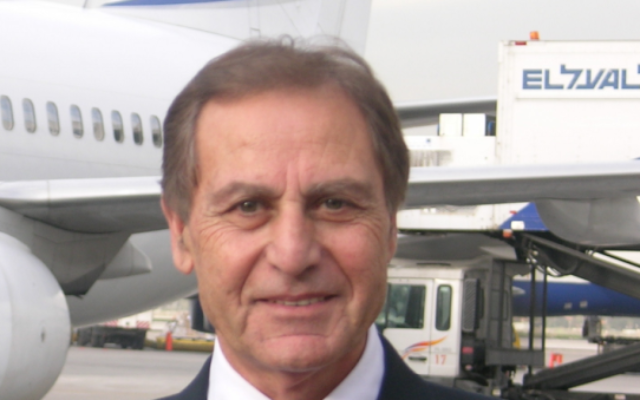 Nissim Malki, a former chief financial officer at El Al who filled a variety of positions at the airline in his 42 years of work there (Courtesy)

To figure out Rozenberg’s first moves, The Times of Israel spoke to Nissim Malki, a former chief financial officer at the firm who had filled a variety of positions in his 42 years of work there.

As CFO for 11 years until he left in 2014, Malki was in charge of the airline’s budget, accounts, treasury, strategic planning, hedging, insurance, purchasing and aircraft purchasing.

“Why in God’s name would someone in his sane mind go and purchase El Al?” Malki said in a phone interview. “The airline is losing money, and confronts many other issues.”

“On the positive side,” he said “EL AL has many strong points. Probably the most relevant ones are its strong reputation amongst Jews all over the world. Go to Brooklyn and ask a young Jewish boy what is El Al and he will immediately say Israel. The perception is that El Al is Israel.”

In addition, he said, the company is perceived by the government as a strategic asset, and the pandemic has created fertile ground for change. “EL AL has a track record in safety and security and, maybe contrary to what one may think, COVID-19 has created an opportunity to restructure and implement changes that could not be easily implemented otherwise,” he said.

El Al was grounded by the coronavirus pandemic and ensuing travel restrictions, causing it to put 80 percent of its 6,303 workers on unpaid leave, cut management’s and directors’ salaries by 20%, halt investments, and sign accords for the sale and lease-back of three Boeing 737-800s. The firm owes some NIS 1 billion, or $300 million, to passengers whose flights were canceled because of the pandemic. 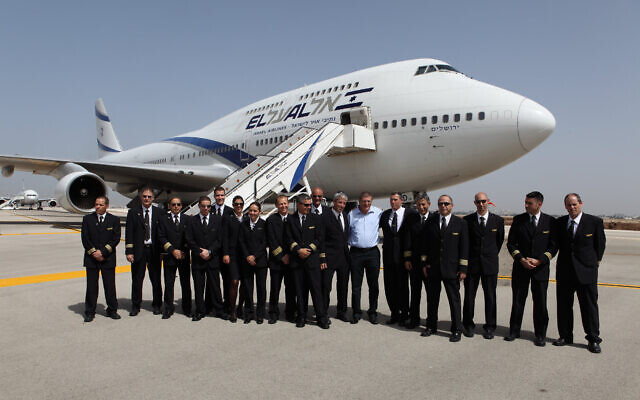 On Tuesday, the airline said it would resume flights to several destinations: Los Angeles, Miami, Frankfurt, Amsterdam, Kyiv and Sofia, which will be added to the flights already operating to New York, London, Paris and Athens.

Rather than setting out ambitious long-term plans for the airline, the new owner will first have to tackle its most pressing problem — cash flow, to enable the firm to meet its commitments to customers whose flights were canceled, lenders and suppliers, Malki said. He estimated the immediate funds needed at above $600 million. “El Al has to reimburse passengers for non-performing flights, leasing companies, repayments of principal and interest on loans, hedging deposits on fuel and foreign exchange deals and more,” Malki said.

Part of the funds will come from the $400 million rescue package for the firm, he said – including the $250 million in government-backed loans. But the remaining amount will have to be financed or renegotiated. 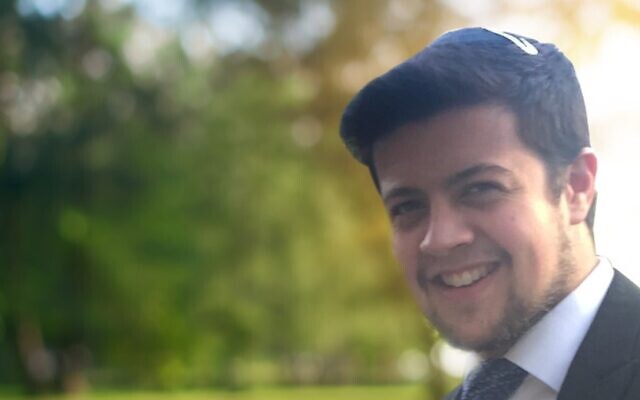 One of the things the new management should do, Malki said, is convince customers to take vouchers for future flights, instead of a refund for unused tickets, which will save some cash. In addition, he said, financial institutions must be approached to restructure existing loan schedules.

“My assumption is that the majority of the lenders including suppliers and leasing companies will prefer the option of a flying airline that may have the possibility in the future to reimburse part or all of the debt instead of dragging El Al to bankruptcy and losing it all,” said Malki.

In addition, El Al’s management will have to enforce the new labor agreements signed with the unions, and reach an agreement with pilots over a labor deal signed by the Histadrut union on their behalf but without their consent, he said. 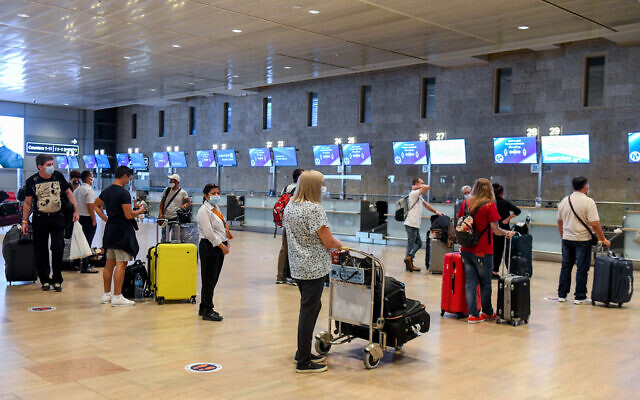 Passengers waiting to board a flight at Ben Gurion Airport near Tel Aviv on August 13, 2020. (Flash90)

To generate revenue, the firm should already start selling tickets for future flights – for Passover and summer 2021, he said. “The idea is to bring in cash with the promise to fly in the future,” he said.

Once the most imperative issue of cash flow is dealt with, management will have to redefine El Al’s operations, Malki said. “Does it have to be an airline that operates 45 aircraft and serve so many destinations?”

Some of the destinations were recently inaugurated, and there is a “big question mark regarding their economic value,” Malki said.

El Al will also need to figure out how it intends to compete against low-cost carriers that took a large portion of its passengers. The low-cost brand El Al set up to fight competitors, called UP, “turned out to be a commercial failure,” Malki said. “What will be the plan to recover market share that was slashed from 33% in 2016 to 23% in 2019, irrespective of the corona-crisis”?

In addition, the airline will have to figure out its policy regarding Sabbath flights, and whether its subsidiary Sundor will be allowed to continue these flights.

‘Crazy person with a stick’

Since Israel began its “open skies” policy with the US (in 2010) and with Europe (in 2013), El Al has struggled to compete with the charter and low-cost airlines that have arrived on its home turf. At the end of 2019, there were 100 airlines operating regular and charter flights at Ben-Gurion Airport.

“Such a magnitude loss of market share is unheard of and the majority of that loss went to the low-cost carriers,” said Malki. In the face of this competition El Al “did not find the proper strategy, ” Malki said.

“You have to decide if you want to give a fight to whoever wants to get in,” he said. Other airlines have alternatives to fly all over the world, he said, and may be deterred from coming to a market if they see the local airline is fighting fiercely to protect its turf.

“If they encounter a crazy person with a stick ready to fight back, they will take their aircraft and put it elsewhere,” Malki said. It is all a matter of setting out a fighting strategy, “using all possible tools to fight back competition.”

“Competition exists in every line of business,” he said, and Israeli consumers love the cheap flights offered by low-cost airlines, as do other passengers all over the world. But, he added, they also love the idea that El Al is always there when needed, to fly them back home from countries they may be stranded in.

“They know that if there is an issue, El Al is always going to be there to try and rescue them. It has been like that since the inception of the State of Israel, it is ingrained deeply in the belief of the majority of Israelis,” he said. And for that, “you need to pay a certain premium in the price.” 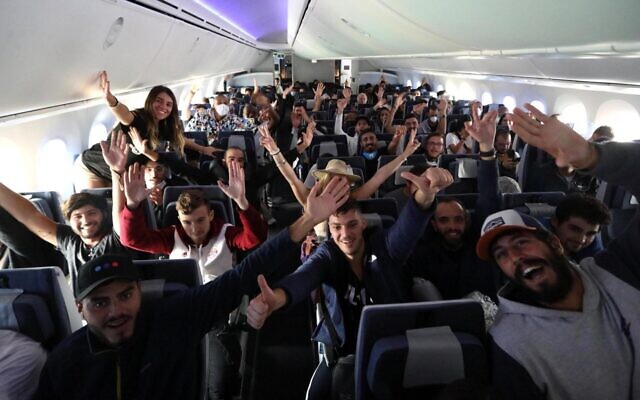 Hundreds of Israeli backpackers aboard an El Al Dreamliner taking them from Lima, Peru, to Tel Aviv, March 2020 (Sivan Farage)

Management will also have to revisit the network deployment, focusing on the more profitable routes and shutting down those that aren’t, said Malki.

“You don’t have to fly to Las Vegas or Dallas or to Chicago, or Japan, unless you can assure that it has a real economic value in the long run and not just nice to have for few seasons,” he said. “You have to choose who your friends are and who your enemies are and you have to choose what your strategies are. The new owner has to sit down and decide where do I fly, how many times to fly and what sort of destinations the airline wants to address.”

“Regaining market share, reducing the fleet, reducing operating costs, rebuilding employees’ confidence and reorganizing debt are some of the essential things that should happen,” he said.

Under the former controlling shareholder, Knafaim Holdings Ltd., controlled by Tamar Mozes Borovitz, El Al was already suffering from high leverage and a bloated cost structure, and facing strong labor unions, even before COVID-19 struck. That made the firm even more vulnerable when the pandemic devastated the airline industry.

Buoyed by the low prices of fuel, as oil prices plummeted from record highs, El Al went on a highly leveraged spending spree, and in 2015 the firm announced a fleet renewal program — the acquisition and lease of 16 Dreamliner aircraft — “the most advanced planes in the world,” over a period of five years. 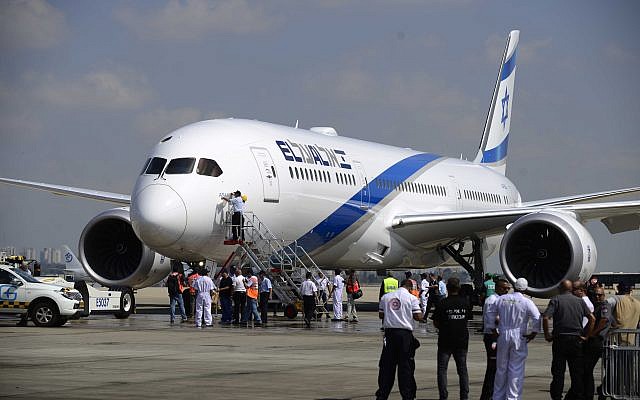 The high prices of the fuel “created a sense of urgency at the firm, a sense that the company had to fight for survival,” said Malki, comparing the urgency to Israel’s fight for survival in the 1967’s Six Day War.

The drop in oil prices caused “euphoria” and led El Al’s management to believe it was “invincible,” the way Israel felt before its downfall in the 1973 Yom Kippur war, he added.

“The unexpected abundance of cash solely due to an exogenic factor of fuel prices was most probably a misleading catalyst in management decisions to purchase and receive in a very short time frame 16 new 787 Boeing aircraft, creating an enormous leverage on the balance sheet, widening the flight network, signing odd work agreements, increasing employee count and maybe not taking into account the volatility of the aviation world and its dependence on external factors,” Malki said.

“The aviation world has a profit margin of few percentages over turnover and has to be constantly monitored to control revenue, created by every flown seat versus the cost of generating such a flight. The difference between the values is sometimes less than 1 cent,” he added.

Eli Rozenberg’s age is neither an advantage or a disadvantage, the 72-year old Malki said.

“What is important,” he said “is who will lead and manage the business. These are extremely difficult, crucial and critical times for El Al, which served Israel as its national carrier for more than 70 years. If the people who manage the business will be tuned in enough to understand the aviation market and create the right communication with the workers, the financial institutions and all other players, there is a chance for the airline. But the road is long.”